A Change of Name 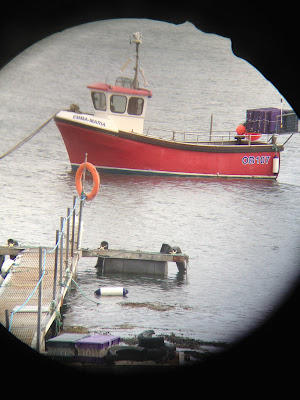 In response to today's earlier blog entry, Alasdair MacLachlan writes to say that his boat, which used to be called the Sylia T, is now called the Emma-Maria.

Marine Scotland, the Scottish fisheries office, informed him that he had to change his registration from HL1076 to OB107 so, at the same time, and at a further cost of £15, he changed his boat's name.

All of which meant he had to give the boat a new coat of paint - but doesn't she look smart!


Many thanks to Alasdair for picture and story
Posted by Jon at 12:26