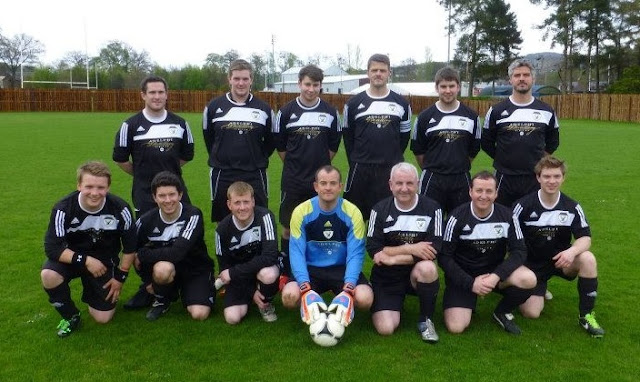 Friday 10th May saw Kilchoan FC kick off their new season in the Scottish Borders, as they went head to head with Selkirk Victoria Legends.

Kilchoan travelled down with plenty supporters in tow as they looked to build up confidence and fitness ahead of the more important fixtures in the coming months.

There was a mixture of old and new faces amongst the squad with Scott and Fraser Tough, Jason Hendrie and Will Kelly all making their debuts. 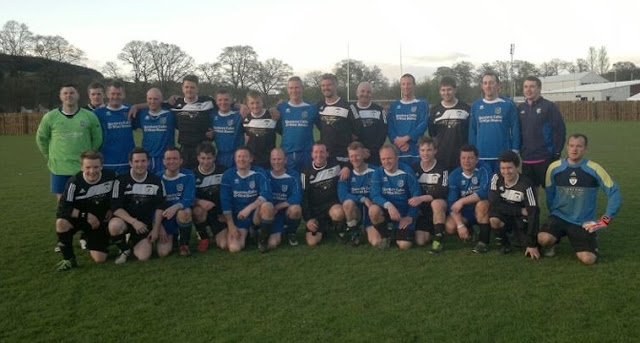 It was Kilchoan who started the brightest, with their usual slick passes and smart runs threatening the Selkirk side early doors. Those threats eventually paid off when Craig Lindsay was fed through on goal and he made no mistake with a smart finish to give the visitors the lead.

The goal seemed to spur on the home side as they picked up their game and got their equaliser after a defensive mix up led to a simple finish.

The 'you score, we score' pattern continued as the first half came to a close as debutant Jason Hendrie gave Kilchoan the lead only for it to be cancelled out before half time.

The second half saw the five hour drive down the country begin to take effect on the legs of the Kilchoan boys, but the hard work put in at training over the last few weeks paid dividends as they battled on to take the lead, once again, from captain Richard Van De Peer.

However, Selkirk once again clawed their way back in to the game with their equaliser coming on the hour mark. Selkirk then took the lead for the first time in the match, with a well worked goal leaving Justin Cameron helpless. From the resulting restart, Kilchoan's Calum Macphail had an audacious shot from the half way line controversially chopped off as the opposition goalkeeper claimed he wasn't ready. 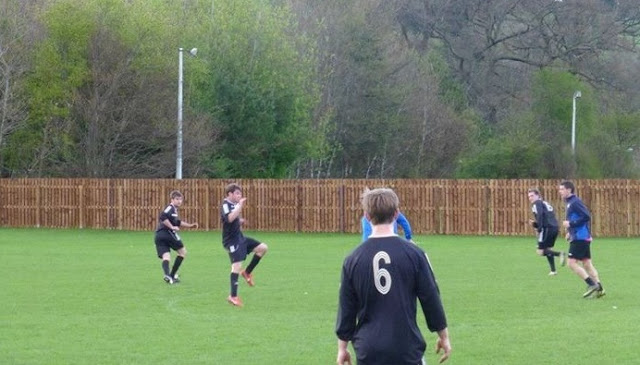 The controversy didn't stop there, as the home side were given a penalty, despite the fact their were no appeals from the home side or, indeed, no foul! The penalty was converted giving Selkirk a two goal lead going into the closing stages of the match.


Captain Van De Peer hauled his side back into contention with the goal of the game - a lovely dink over the keeper - to set up a tense finish.

With only seconds left to play, Kilchoan were awarded a corner. Desperate to grabbed something out of the game, Justin Cameron joined the melee in the box. Cameron managed to get his head on the cross only for it to be dramatically hacked off the line by the Selkirk defender. 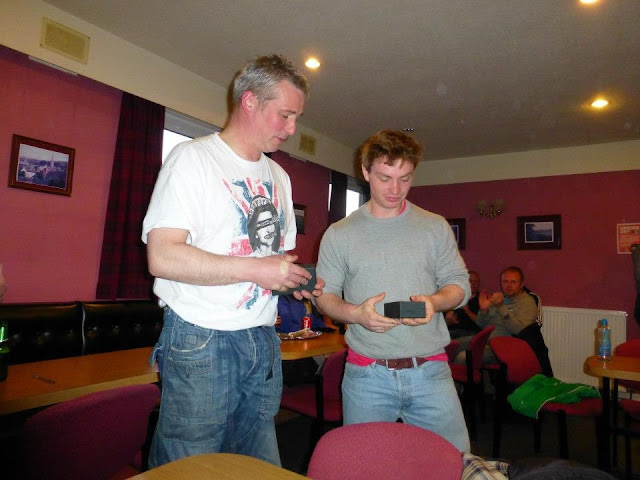 At the after match get together, KFC were awarded a trophy of thanks from Selkirk Victoria and Will Kelly was awarded the Man of the Match quaich.

Kilchoan FC would like to say a huge thank you to Alan, Fraser and Scott Tough for setting up the game as well as our hospitality at the Selkirk 7's and our accomodation.


Many thanks to Craig Lindsay for report and pictures.
Posted by Jon at 20:50