The Apprentice Takes up the Challenge 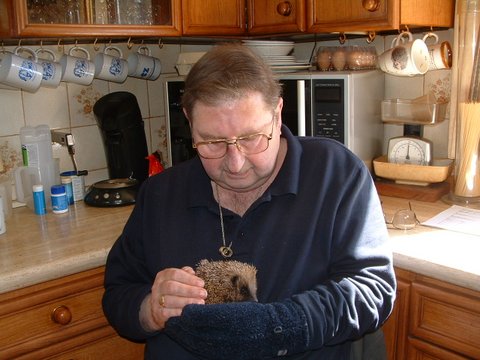 Since Tonia departed this world, leaving me with eight hedgehogs to care for, I have been agonising over whether or not I am going to continue her work. As everyone knows, hedgehogs were very special to Tonia and she had boundless patience and a wealth of experience to call upon when dealing with the sick animals. I do not have quite the patience, and the experience came from watching and discussing each animal as it arrived. My job was mainly to prepare pens, construct accommodation sheds and boxes. Occasionally I was asked to hold the more unco-operative inmates while Tonia treated them and, as my hand was steadier than Tonia's, I had the job of removing the many ticks that sometimes infested the new arrivals.


The first problem was what to feed them, as each animal seemed to have its likes and dislikes; the clue came with the dishes left out by Tonia, the night before she died, also the notes that she left Mairi MacFarlane when we went to Edinburgh for Tonia's medical tests. Mairi had kindly volunteered to look after all the patients while we were away. 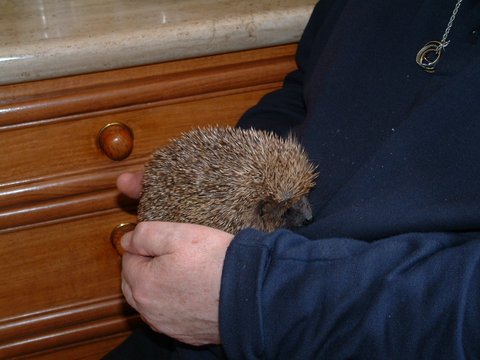 The next problem was the four hedgehogs that were getting "stir crazy", as Spring was here and they wanted out! Unfortunately, the March and April weather was so cold that I couldn't release them into the freezing night conditions until there was a break in the weather. Luckily we had a warmer period of about a week without severe frosts at night, so two by two the rampant inmates were checked over, nails manicured, marked up with Tipex, aclimatised and then released from the generator shed.

This left me with four, one of which Jenny Chapman had found, out and about during the daytime, never a good sign! This one was slightly underweight and I found a warm box in the "wash-up" so she could be fed and to gain weight for release. The next day the animal was coughing which indicated a lung worm infection, which had to be treated as soon as possible. This was to be my nightmare challenge as it required an injection, under the skin, once a week for three weeks. I had never given an injection, but had watched the professional way that Tonia had managed, but the weight ratio calculation was a mystery as Tonia kept the details in her head, and that information was lost to me. There ensued a frantic call to Tiggywinkles, where the head nurse calmed me down and sent the dose rates for the various medications. Then with the help of Jenny who held a very unco-operative and biting animal, the medication was administered. 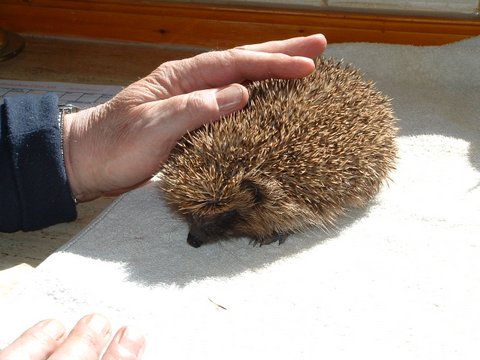 So it appears that I have been led down the path of caring for unwell hedgehogs and continuing Tonia's work from The Old Dairy.  I'm sure that wherever she is, Tonia is smiling and watching how I do with her hedgehogs. 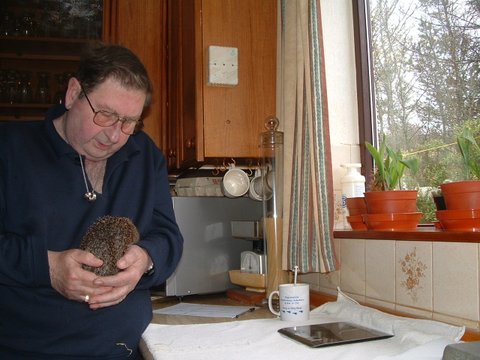 As I am on my own and, as yet, do not have the experience to deal with lots of animals, I am going to concentrate on releasing as many of the four that I am looking after at the moment, then take things as they come. I am happy to give advice to people who find hedgehogs that are out during the daytime, but I cannot deal with severely injured animals, the SSPCA are there for that. Having said that, there is no problem with taking in animals that are underweght, feeding them up and then releasing them to the wild.

Luckily, 36 hours before her death, Tonia registered with Crown Vets in Fort William and while they are continuing to visit Kilchoan with a regular surgery, I can get help and advice from them when I need to.

Finally, I would like to thank all in the community who gave donations to Tiggywinkles, in Tonia's name. I have been informed that £388 was raised for treating hedgehogs and that a plaque is to be placed in the visitor centre honouring all the work that Tonia did for the hedgehogs of Kilchoan and Achnaha.


Many thanks to Tony Thain for Pictures & story.
Posted by Jon at 10:26