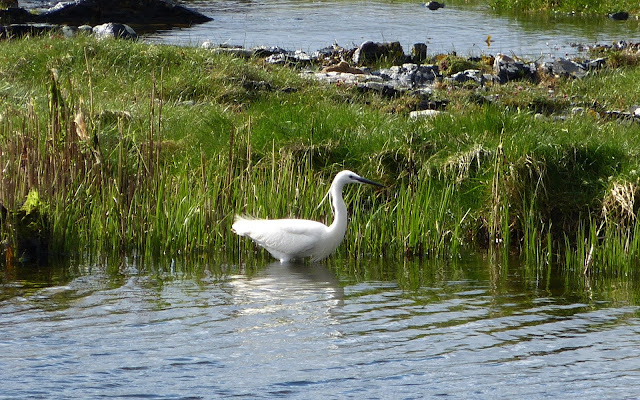 A pair of egrets have been spotted along the Kilchoan-Ormsaigbeg shore. This looks like the little egret, Egretta garzetta - more about it here. 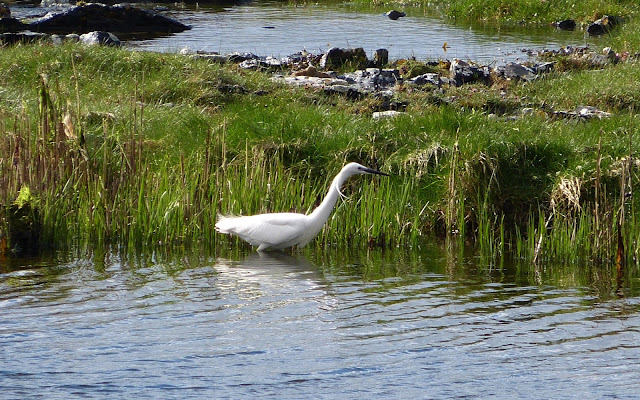 While they are becoming increasingly common in southern England and Wales, it's the first time we've seen them here. 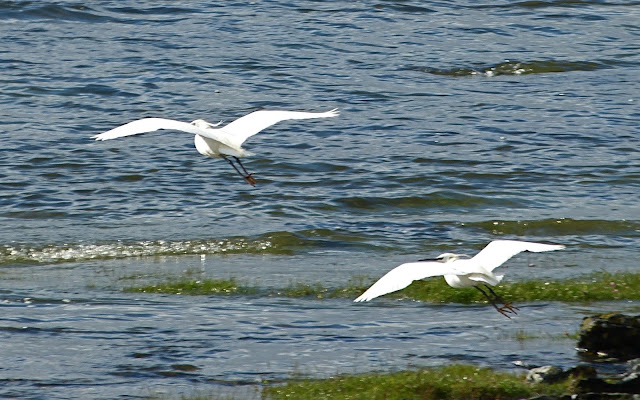 They're very shy, and have already been 'moved on' by people approaching too close.

The arrival of egrets in southern Britain has often been quoted as evidence of a changing climate.  As far as we're concerned, it's lovely to see them - though we're not sure what the local grey herons are going to think of the competition.

Other birds spotted recently by visitors include corncrakes and sea eagles.
Posted by Jon at 09:44