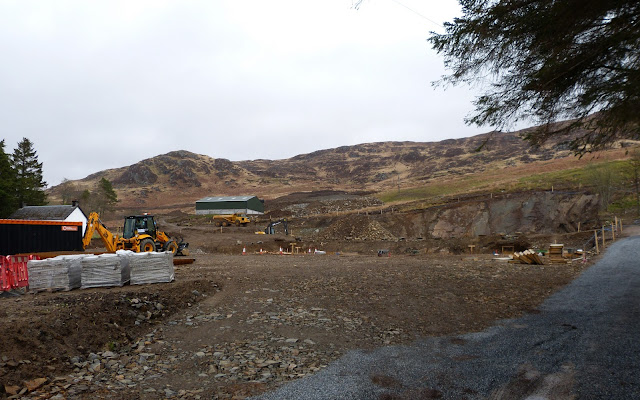 Close readers of A Kilchoan Diary will have appreciated that, from the lack of immediacy in the entries over the last three weeks, we have been away from West Ardnamurchan checking up on how the rest of the world has been getting on.  Travelling is always a mixed pleasure, particularly when it includes passing through the increasingly wretched airport security checks, but we had a particularly good trip since it included seeing our son who has settled in Canada.

Arriving home in a place like this, where every change is important, involves catching up with what has happened in our absence.  As we passed through Glenmore, we stopped to inspect progress on our distillery, being built by Adelphi Distillery - check their website here to see what is planned.  It's 'ours' because Adelphi has kindly given the community a share in it, so we look forward very much to the first drops being distilled. 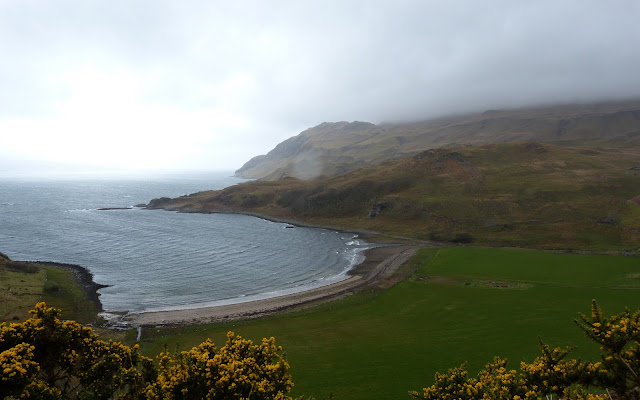 Some things don't change, like beautiful Camas nan Geall, except that the gorse is now out.  The weather in our absence has been petty dire - we took the good weather of earlier in the year to Canada with us.  Yesterday was, apparently, blessed with a particularly generous dose of Kilchoan sunshine. 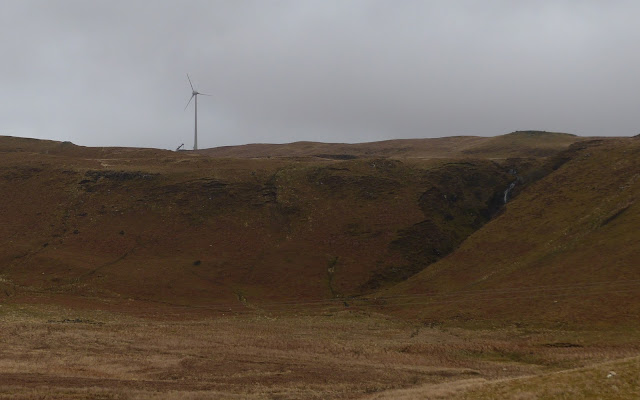 Another change is the erection of the wind turbine on Ardnamurchan Estate land at Beinn Bhuidhe, just to the north of the Camas nan Geall.  It's not visible from the bay area and, even when it can be seen, doesn't impinge on the scenery at all, simply because, large as it is close up, it's dwarfed by the magnificence of the surroundings.  It's also well away from the road - so many people coming in to the area probably haven't even noticed it.

It's good to be home.  Many thanks to Tom Bryson, who keeps a blog at Craigard Croft, for taking care of the Diary for the last few weeks.
Posted by Jon at 17:59