A Walk to School 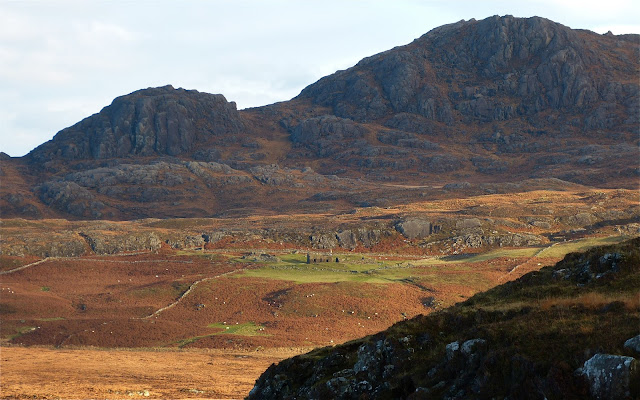 Back in August 2011, The Diary wrote (here) of the walk to school which primary aged children from the village of Achnaha used to do each school day.  It was a hard walk, some two kilometres over rough ground in all weathers to the school at Achosnich.  In the post the children of Glendrian were mentioned as having an even tougher walk.

On a good day, Glendrian's setting is idyllic, nestling in a great bowl of land formed by the massive ring dykes of the Ardnamurchan volcano.  In this picture its houses can just be seen grouped around a green, grassy area in the centre of the picture.  But, for the children of the township, the price of a beautiful but remote setting was a four-kilometre walk to school at the School House at Achosnich, away to the west of them. 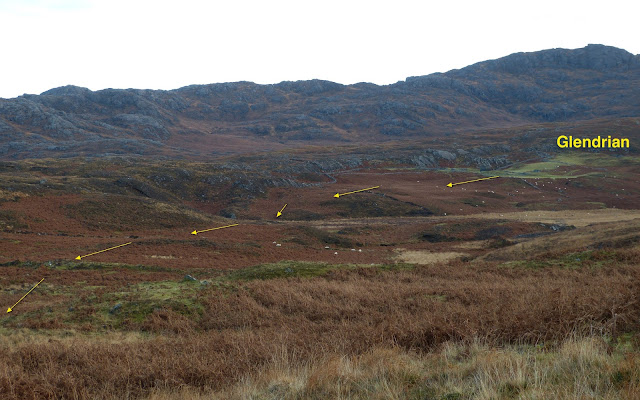 For the first part of their trek, the children walked northwestwards before turning southwest towards the next village, Achnaha - the yellow arrows show their route.  After descending into the valley of a small burn and wading it, they then walked through two large fields before climbing to the summit from which this picture was taken. 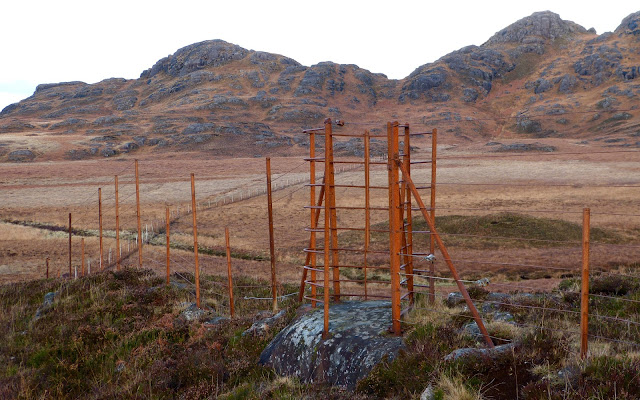 Here their path is cut by the Ardnamurchan Estate fence, but there is a kissing gate in it, much rusted and squeeky with age.  On this side of the gate is a muddy burn which they would have had to cross. 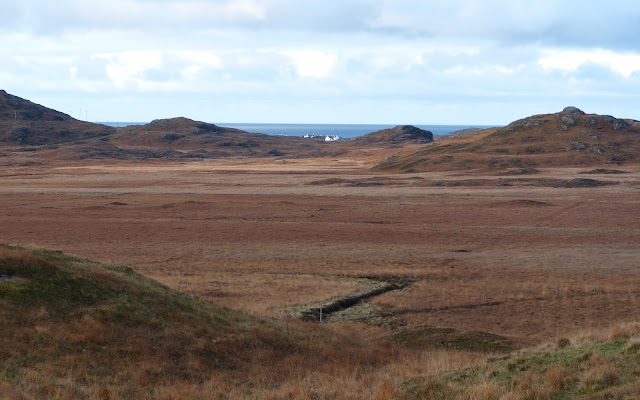 The next section of their route took them along a low ridge.  To their right the extensive fields belonging to the Achnaha township stretched away, and in the distance they could see the sea and some of the houses of Upper Sanna. 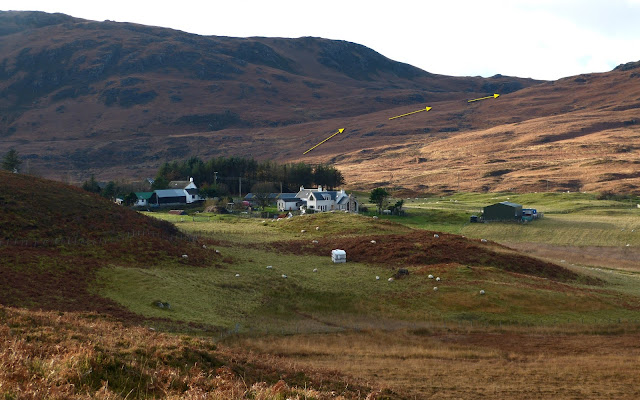 From the ridge they descended into Achnaha.  It would be good to think that the Achnaha children waited until the Glendrian kids arrived so they could walk the next two kilometres together.  The yellow arrows show this section of their route, which climbs the western ridge of the ring dyke, passing through it by Bealach Ruadh, the red pass. 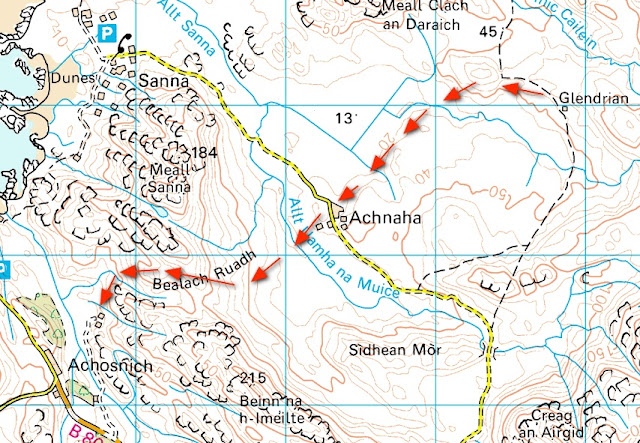 This map shows the Glendrian children's route to school.  Measured with a pair of compasses, it's about four kilometres, but this is four kilometres of wickedly hard walking; and, as those of you who know Ardnamurchan's weather can testify, while it would have been a pleasure on a fine day, in a wet, cold, wintry gale the walk would have been a misery.

Glendrian village has a history going back hundred of years, but with their children already having to walk so far to school, when the road was put through Achnaha, missing them, the settlement became even more isolated.  It was then only a matter of time before it was abandoned.
Posted by Jon at 06:00