New Birds in the Garden 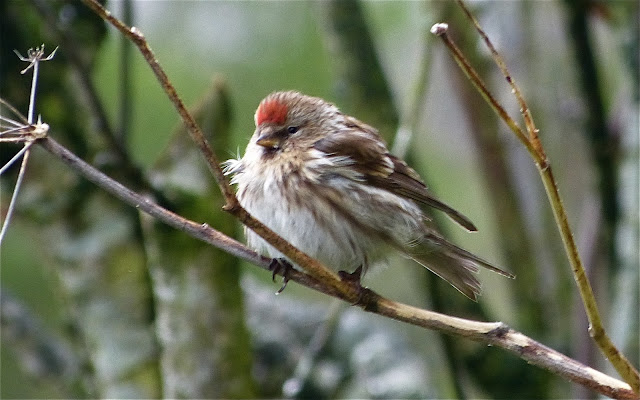 The other day, this redpoll appeared in the garden.  He/she seemed very tame compared to all but the siskins.  We were thrilled, as it's the first redpoll we'd ever seen coming to our feeders. 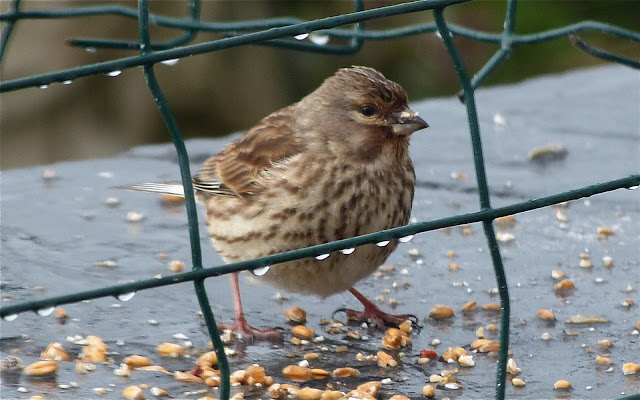 Then, on Monday, we saw this bird.  At first we thought it was a thrush which had shrunk in the rain, but we sent the picture to The Raptor and he identified it as a twite.  This means we've had two new birds in the garden within a week.

New birds aren't common here.  We were very excited when we saw a greater spotted woodpecker back in July 2011- see post here - but he didn't stay long.  Since then, we've had the usual crew. 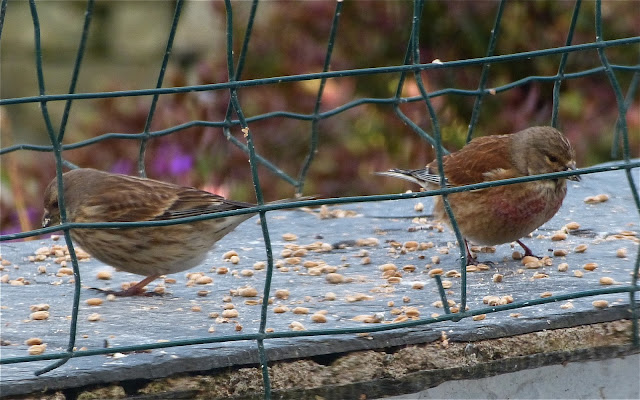 Then, on Tuesday, this pair of birds came down to enjoy some of the seed we put on the terrace wall - the wire is to keep the larger, greedier birds away.  The one on the left looks like a twite again, but the one on the right has a very distinct, pinkish breast.  Is it also a twite?
Posted by Jon at 10:17