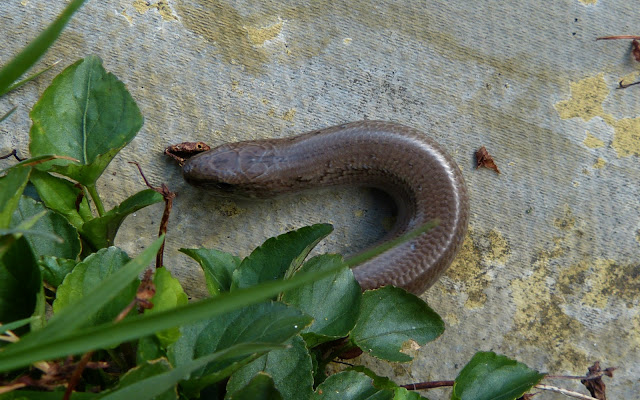 Coming home after three weeks absence means that we're seeing the first appearance of wildlife and plants which may have been active here for a week or two.  So in the space of a couple of days we've seen the first slow-worm, basking in the sun on a flagstone in the vegetable garden at the back of the house, readying himself for a summer of keeping our slugs down.... 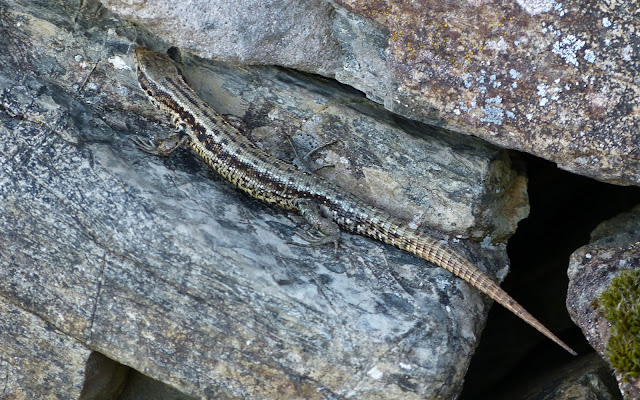 ....and, in the drystone wall which runs down the side of the vegetable patch, the first common lizards, preparing themselves for an assault on our insect nuisances.  It really is good to have such useful friends around us. 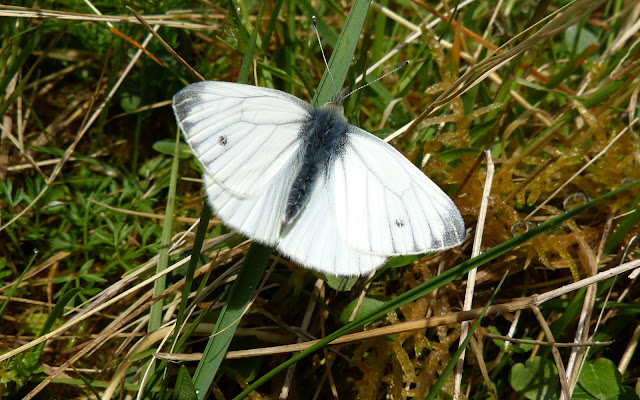 On the other hand, the first 'cabbage whites' are also out and about.  This is a small white, possibly a male, and he's timed his appearance to coincide with our planting the first brassicas. 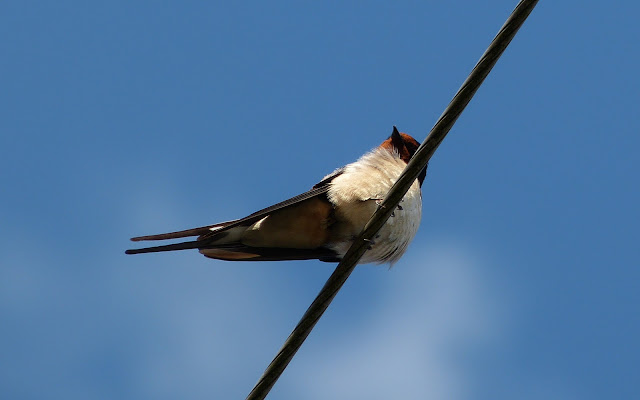 Another ally in the war against insects are the swallows, who've been here, so we're told, for a week or two.  There are a lot of them around, particularly down at Mingary Steading, where they're making a cheerful noise as they reunite after their long journey up from Africa.  What stars of long-distant travel they are!

We've also seen the first sand martins flying over the small lochan in front of the Ferry Stores.  We wait in anticipation for the arrival of some house martins: for the last two years there have been hardly any. 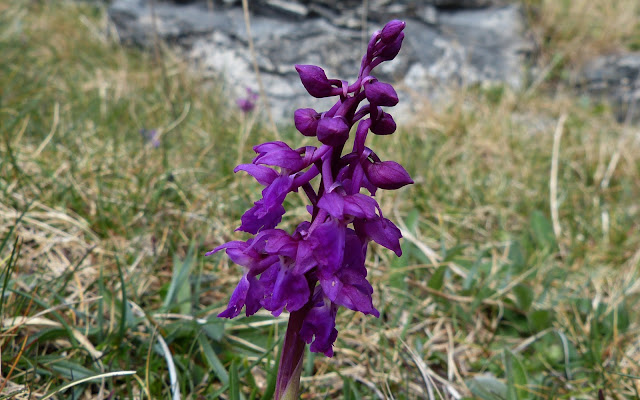 But the highlight of the last couple of days was the discovery of a small group of northern marsh orchids on land near the Cal-Mac pier.  They're the most gorgeous, deep purple colour, probably the richest we've seen, yet they're in an incredibly exposed position, growing against some southwest-facing rock outcrops.  And they're very early - we usually see the first orchids here towards the middle to the end of May. 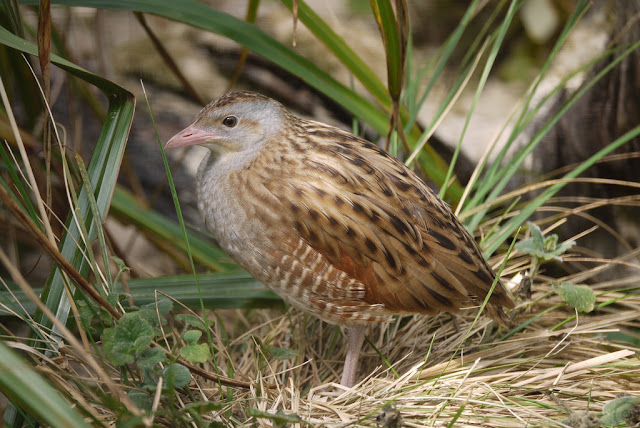 Meanwhile, Jenny Chapman who lives at Achnaha and, with her husband, runs MacAvon Media from their house in Achnaha, writes, "Readers of The Diary may like to know that we have been hearing the rasping call of a corncrake in the centre of the Achnaha township over the past couple of days. Yesterday it sounded as though the bird was almost beside us in the garden, but we could see no sign of it at all. It's extremely shy and secretive, as the RSPB information page says! It seems likely that it may just be passing through on the end of its migration route, as there isn't much suitable cover for it here, but it will be interesting to see. We haven't heard one here before. I'll try to make an audio recording of it if I can, and post it on The Adventures of Algy for everyone to hear, but at present the wind noise is making that very difficult."

Jenny continues, "For readers who don't know about this bird, the corncrake is a very rare bird in Britain, classified as a 'Red status' bird, with not many more than 1,000 calling males in total in all of the UK. We are therefore very privileged to be hearing one! The bird belongs to the rail family, and migrates here from Africa like many other of our summer visitors. Some basic information is available on this RSPB Web page
http://www.rspb.org.uk/wildlife/birdguide/name/c/corncrake/index.aspx"


Photo of corncrake courtesy potbic on Flickr, photostream here.
Posted by Jon at 15:50