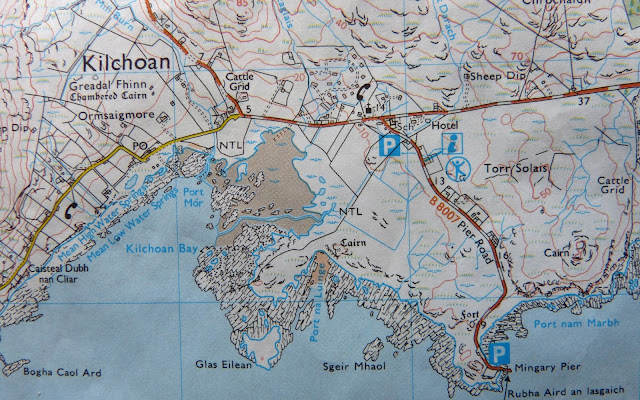 Many of us rely heavily on the accuracy of OS maps.  When we walk the hills and coastlines of West Ardnamurchan we carry the 1:25,000 Explorer map.  Sadly, the OS do not always live up to the high reputation they have built up over the years.  Our local map, which has a date of 2002, has some strange errors.  A good example is the paucity of houses along Pier Road and in Glebe Hill. 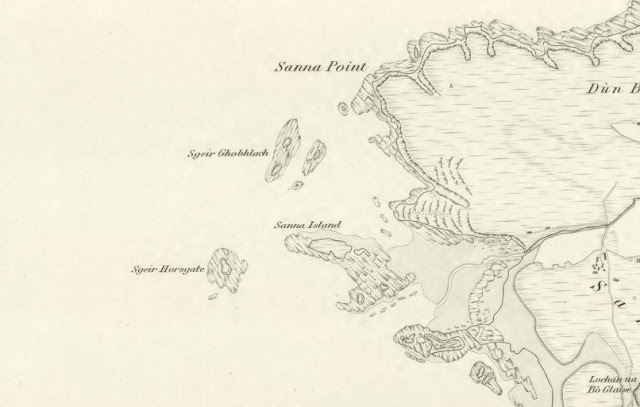 The local map also has names on it which do not tally with the names used by local people.  An example of this is the skerry off Sanna called Sgeir Horsgate.  This name must have been lodged with the OS many years ago, as it appears on the 1872 6" map, above.  Its local name is Coire Sgeir. 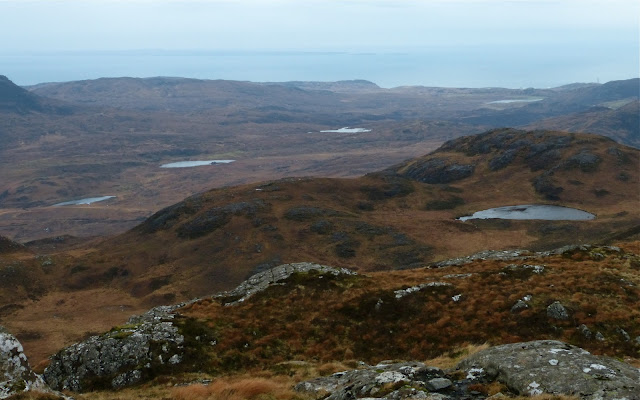 In other cases, a perfectly good local name which is to be found on older maps has become lost.  The name of the lochan to the west of the Sanna road - the left hand of the four shown in the above picture - which was marked on most early OS maps as Lochan nan Ealachan, the Lochan of the Swan, has disappeared. 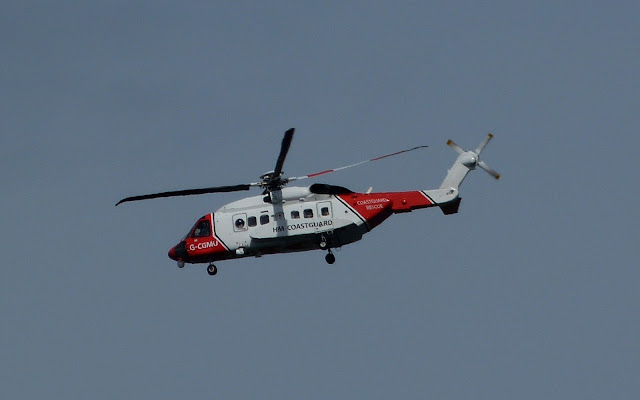 For some, their lives may depend on the accuracy of a map.  In their Search & Rescue operations, HM Coastguard rely heavily on receiving an accurate grid reference for a casualty, but sometimes this isn't possible and they're given the name of a headland or bay.  It is therefore good news that they have teamed up with the OS to identify the local names of as many coastal features as possible.

To do this, they are appealing to long-time residents to send in the local names of coastal features which are not marked on current OS maps, along with a grid reference and a brief description of the feature.  This can be done through the Diary by sending the information to kilchoandiary@btinternet.com
Posted by Jon at 17:10