Help When It's Needed 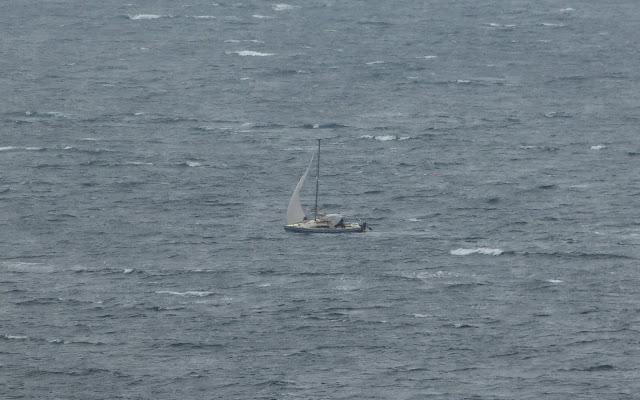 When it comes to giving help in a time of need, the open-handed generosity of members of this tiny community is difficult to beat.

This picture shows a yacht coming in to Kilchoan Bay during yesterday afternoon's heavy weather.  The lone sailor has enjoyed an exhilarating day at sea in a brisk wind - but now he has a problem.  His yacht has a keel, which means he cannot bring it alongside the slipway to land, but his dinghy has been swamped by a wave and had to be jettisoned. 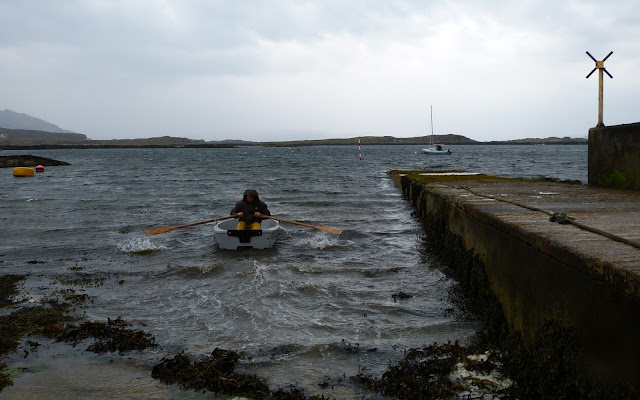 The yachtsman talked of swimming ashore, but a cold sea and filthy conditions made this an unpleasant and, possibly, hazardous option.  But a request for help brought local creel fisherman Alasdair MacLachlan to the slipway, where he set off to pick up the sailor from a temporary mooring close to the shore. 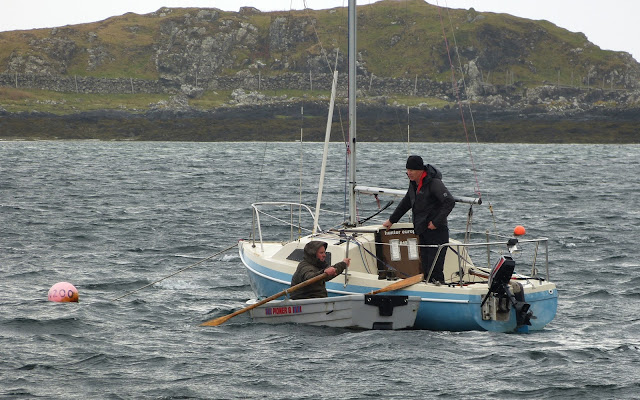 Alasdair's advice was that, with the wind still gusting to force 5 and a low spring tide due during the night, it would be wise to use one of his moorings further out, a more secure mooring in deeper water. 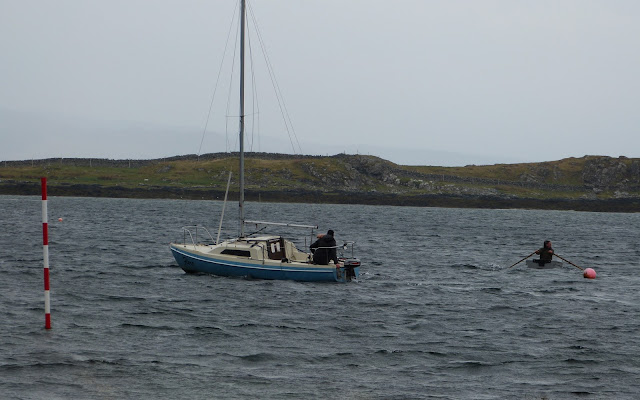 Alasdair led the way, while the yachtsman manoeuvred his boat under power to the better location.... 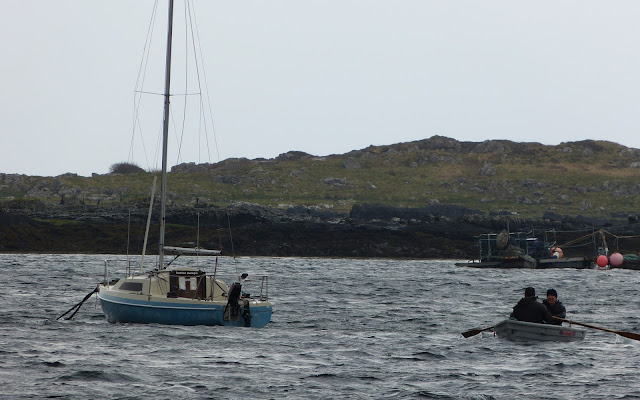 ....where the boat was safely moored for the night. 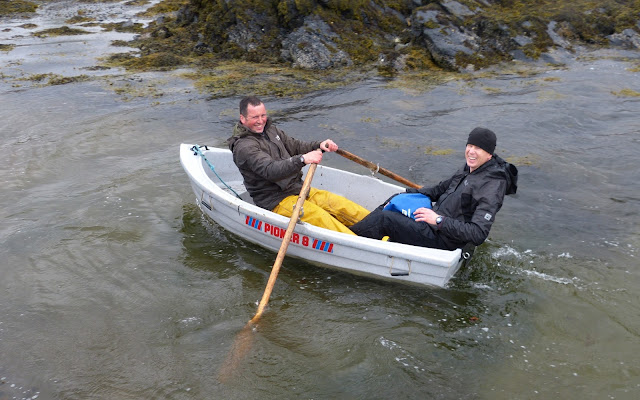 There were smiles all round as the two men reached the shore, not least because they knew they were on camera, with inevitable results.
Posted by Jon at 15:53