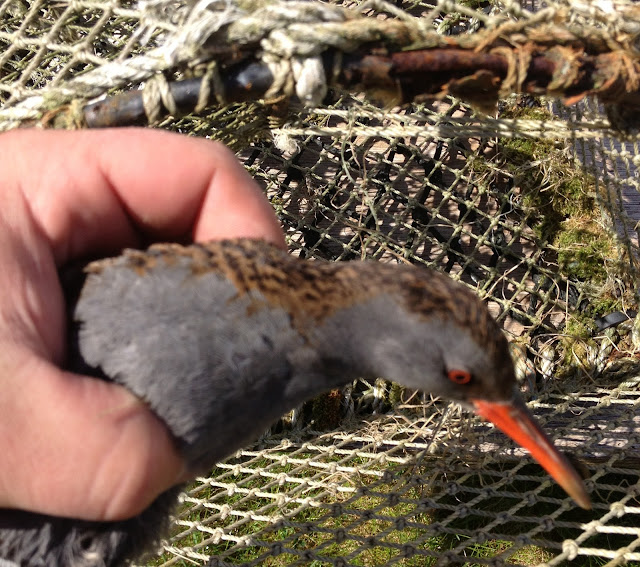 This water rail became caught in one of Kilchoan Early Bird's creels today.  It was easily freed, but it left behind a question. 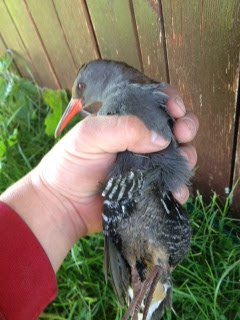 The rails, which include the moorhen, coot and corncrake, are small to medium-sized, ground living birds, typically the size of a chicken.

Water rails aren't supposed to be found in this part of the world.  They're normally found in the wetlands of lowland Britain, particularly in the eastern English counties and southern England - see RSPB website here.

What with egrets arriving in Kilchoan on Tuesday, and a water rail being caught in a creel today, what are we going to find next?
Posted by Jon at 19:37