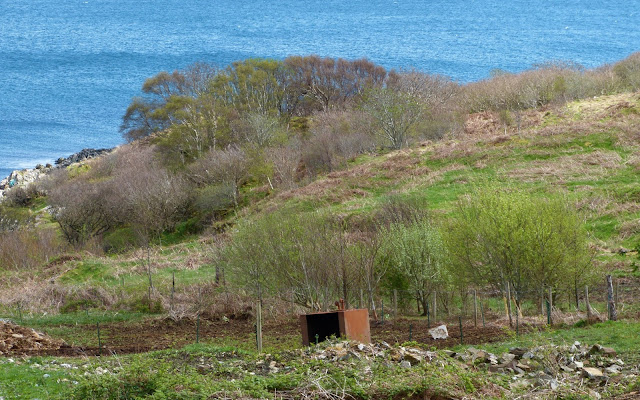 Adjacent to the location of the Ormsaigbeg pigs' enclosure is an area of woodland which has been fenced off to allow the trees a chance to grow protected from the intimate attentions of the local sheep.  It seemed a good idea for the owner to allow Hughie MacLachlan to open the fence to allow the pigs to clear the thick undergrowth which has established itself over the years. 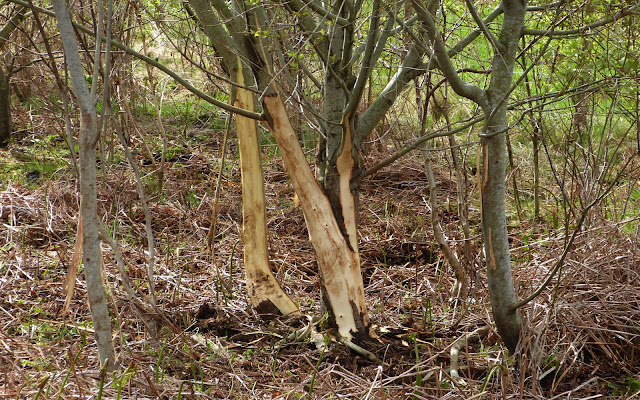 Far from worrying about uprooting the bracken and brambles, the pigs attacked the trees and began to strip the bark off them.  They seemed to prefer some varieties of trees to others, and must have reached high on the trunks to get as much bark off as possible. 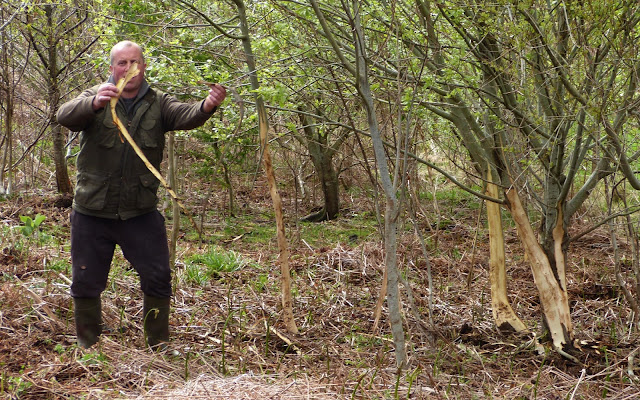 When Hughie was summoned to inspect the damage, he found that the pigs didn't seem to have been eating the bark, simply tearing it off in long strips.  The pigs were obviously doing this for good reason - pigs, particularly Hughie's, are very intelligent animals.  So what can they have been plotting?  To make rope, catch Hughie, and tie him up?  Or to use the rope to make a swing which they could attach to the highest limb, enabling them to make a break-out? 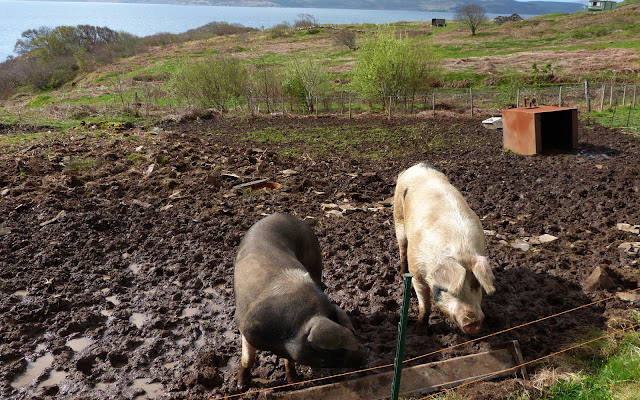 On another matter very personal to Bobby and Betsy, readers who have been counting the days will have noticed that The Diary hasn't reported a happy event.  This is because, while we were away in Canada, there was a disaster, in which poor Betsy lost all thirteen piglets at birth.  Apparently, the whole of the village went into deep mourning, no-one more so than Hughie, who lost a handsome profit.
Posted by Jon at 15:44