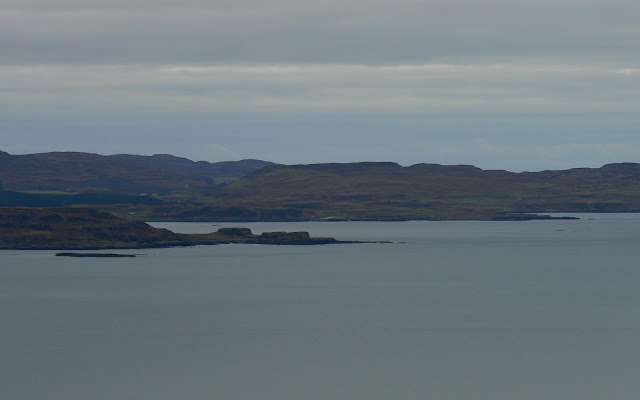 Beinn nan Ord means the mountain of the round hill or, perhaps, the round mountain. At 215m, it's not one of West Ardnamurchan's highest peaks, nor is it a difficult climb - its flanks are no more than a steep walk - but Beinn nan Ord sits in the centre of the most western part of West Ardnamurchan, so it was the promise of its views which encouraged us to head for it on a cloudy but dry winter's day.

The first part of the walk, due west from Ormsaigbeg, gave us good views across an unruffled Sound of Mull to the northern end of Mull. The geology of this part of the island is dominated by basalt lava flows which dip gently away to the right. 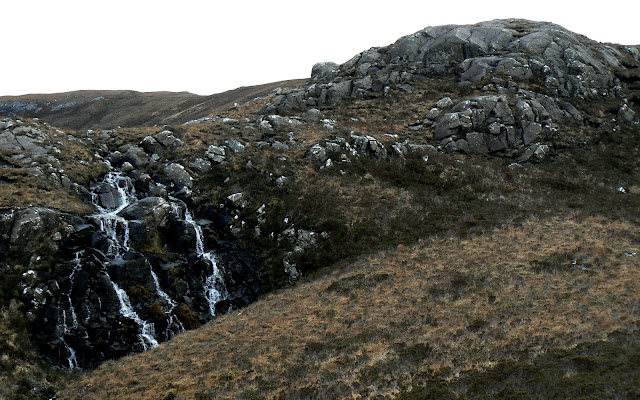 After about a kilometre and a half we turned north, following a narrow valley inland. The valley is full of the signs of old agricultural workings, with the lower, flat land crossed by the ridges of lazy beds. It's difficult to believe anyone lived here all the year round as the winter gales would have funnelled up the valley. Perhaps it was a summer sheiling.

The valley comes out into a wider, westward-running valley beside a small waterfall which is marked on the 1:25,000 OS map at NM454637. The waterfall never seems to have much water flowing over it, even though it drains a great bowl of land which includes the twin lochans. 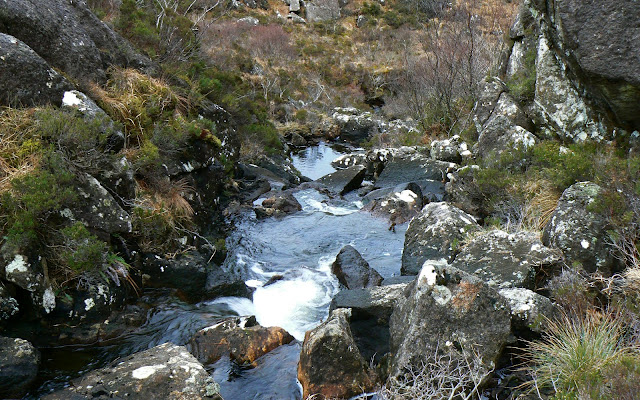 Turning west, we followed the stream across some rough meadows until it plunged into a narrow gorge. At the bottom of this it turns north to skirt the northeastern face of Beinn nan Ord. 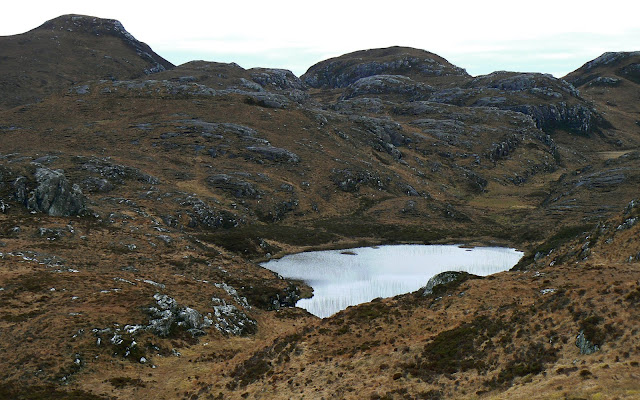 We left the stream and continued westwards to the banks of this small, un-named lochan at NM447642. By this time we were struggling across truly wild, empty country. The occasional groups of blackface sheep had been left behind. We saw no birds, no other animals, and no humans all day and, as with so many parts of the interior of West Ardnamurchan, mobile phones don't have a signal. The silence was so total that we could still hear the sound of the waterfall we had passed half an hour before.

Winter is a good time to be walking an area like this. While the ground was wet after recent rain, and the slopes at times dangerously slippery, the bracken is dead and the tufts of grass have died back. 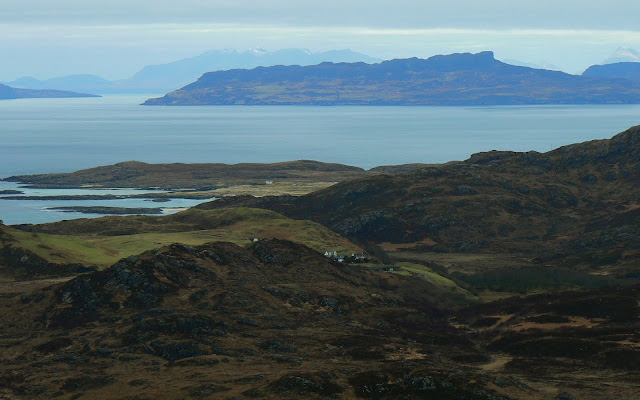 The views from the summit of Beinn nan Ord did not disappoint, though the pictures might have been better had the sun had the decency to come out for a few minutes. This view looks almost due north, with the township of Achosnich in the middle of the picture and Sanna Bay to the left. The characteristic shape of Eigg is in the nearer distance, with the snow-capped peaks of Rhum beyond. 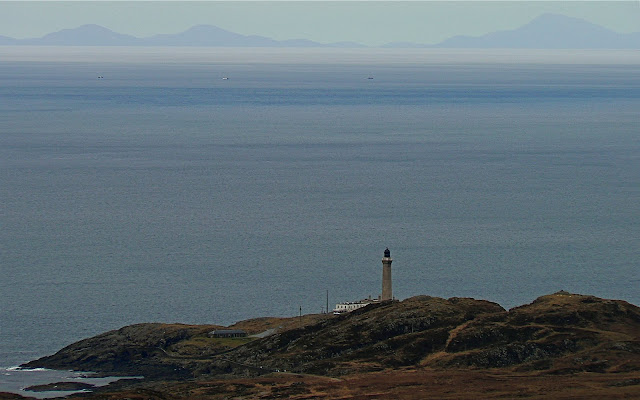 Looking northwest, towards Ardnamurchan Point lighthouse, we could see the tops of every high mountain on the Outer Hebrides strung along the horizon. Those in the distance in the picture - this is the first time The Diary has managed to take a photo on which these mountains are visible - are probably those on the Isle of Lewis.