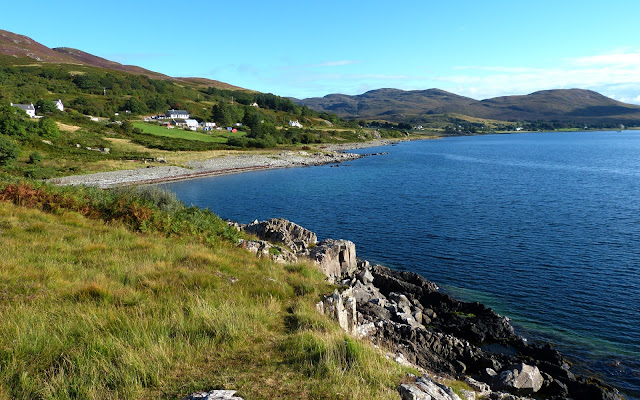 From the bay below our house, we have the choice of walking east along the shingle and cobble beach towards Kilchoan village, or turning west for a scramble along a rocky shore.  While the first is better for collecting flotsam and jetsam, the second usually has more of interest, so on Monday we turned that way. 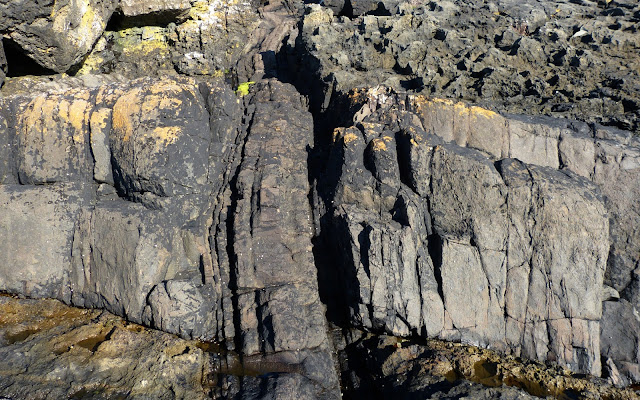 It's a coastline of alternating small bays and headlands, their shape largely controlled by the geology.  Softer Jurassic limestones, at top and bottom in this picture, are intruded by ring dykes (running right to left) and dykes (running up the picture), all formed around the time of Ardnamurchan's volcanic activity some 65 million years ago. 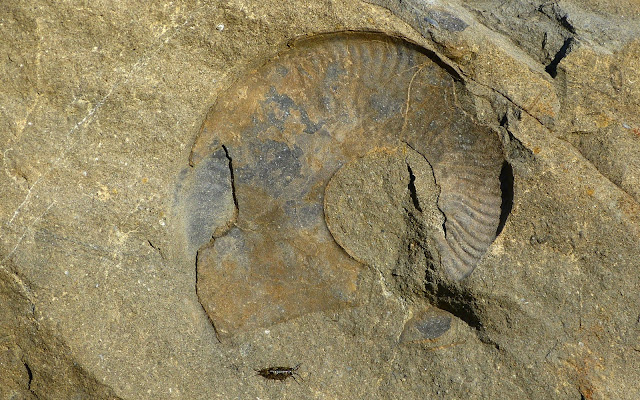 The limestones into which the dykes are intruded are some 150 million years old, and are full of fossils.  This is an ammonite.  It's about 6" across, and imprisoned in the side of a boulder which was knocked out of its rocky stratum during a storm a couple of years ago. 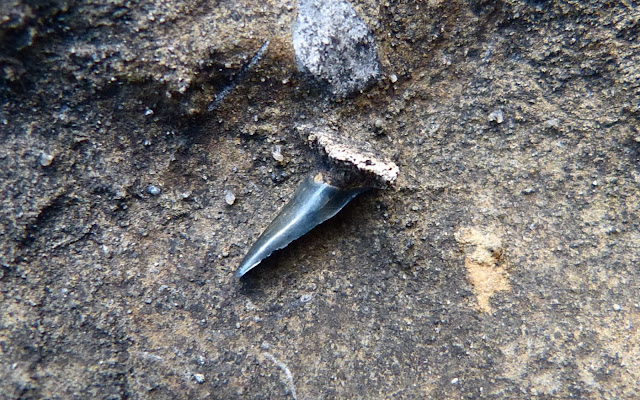 In the same rock formation, a few minutes of searching produced a shark's tooth.  It looks impressive in the picture, but it's less than 10mm long, so it came from a rather small shark. 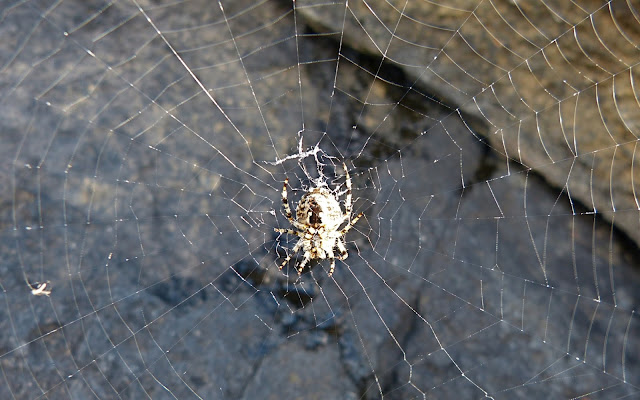 At this time of year there are plenty of spiders building their webs amongst the boulders.  This is a garden spider, Areneus diadematus, building his web in a very precarious location - the first winter storm is going to ruin his structure. 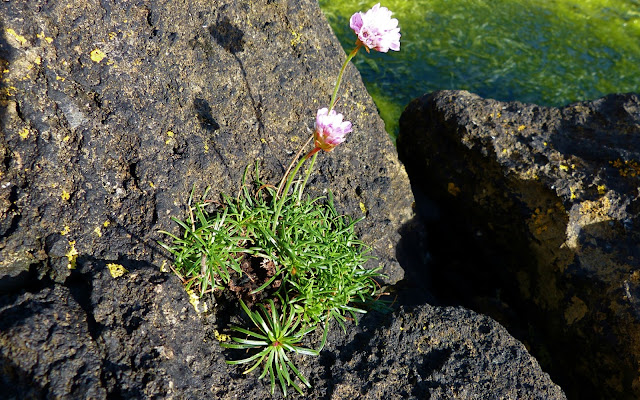 We were surprised to see thrift, Armeria maritima, still flowering on the rocks.  It has usually finished by the end of July and is battening down the hatches ready for winter. 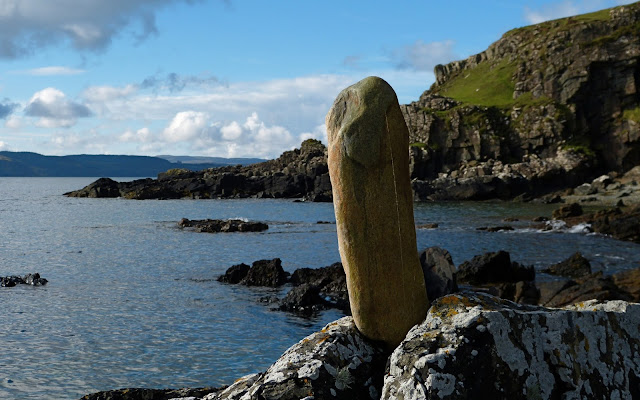 It was good to see that the fairies have been active along this section of coast as well as below Trevor Potts' campsite - see earlier post here.

The bay just beyond is usually the end of our walk along the shore.  We turn uphill, a steep climb which brings us to a grassy platform with a fine view across the entrance to the Sound of Mull.  From here.... 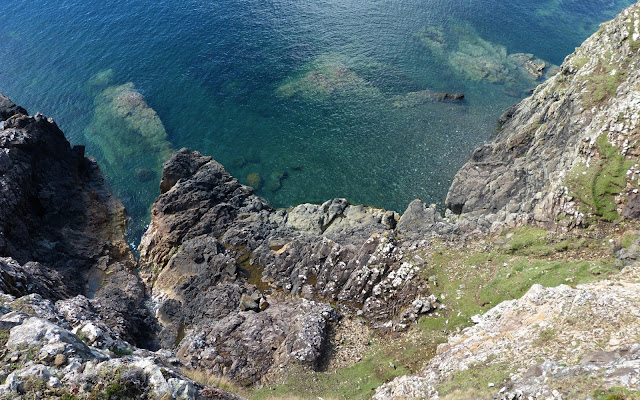 ....one can look vertically down onto the next section of shore.  This is difficult to get to on foot but it's ideal for exploring in a kayak.
Posted by Jon at 12:15