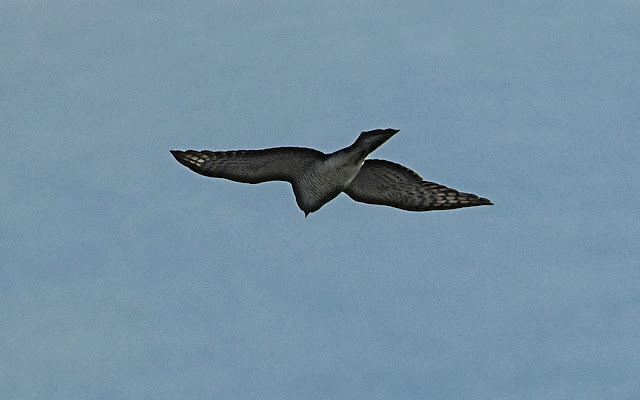 A couple of weeks ago the small birds were threatening to clean us out of food, but now there's hardly one of them to be seen.  The reason is this sparrowhawk.  He's raiding into our garden every hour or so, shooting down the passageway at the side of the house to surprise them at the bird tables.  The small birds that haven't already been eaten have taken to the hills. 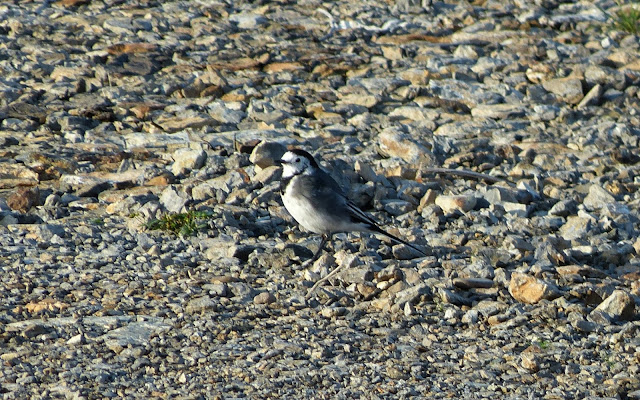 This pied wagtail doesn't seem to be too bothered.  His solution seems to be to do his hunting for insects against a background which provides perfect camouflage.  In any case, he won't be around much longer as the wagtails will be migrating south shortly. 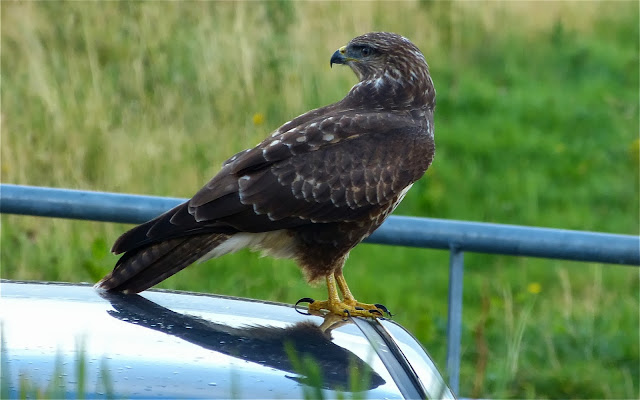 The Ormsaigbeg buzzards have managed to produce one chick this year.  While he spends his time finding vantage points from which to scream to his parents to bring him food, the parents have reached the stage where they now largely ignore him.  But this is the first time we've had our car used as a perch.
Posted by Jon at 14:35