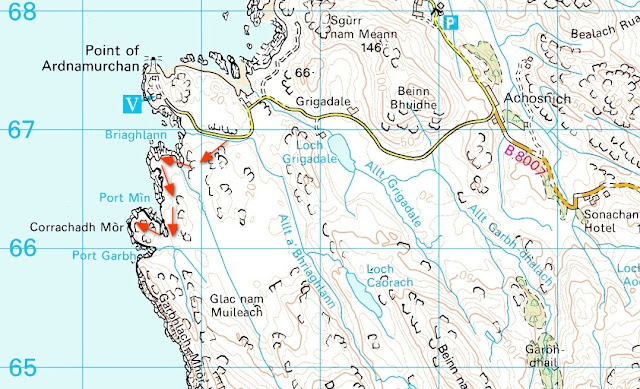 With the forecast reasonably good for the day and talk in the village of the first gale of the winter coming in on Sunday, we seized the opportunity and drove out towards the lighthouse.  Our intention was to take a fairly short walk to the headland called Corrachadh Mor, which is the most westerly point of the British mainland.  The adjective corrach means steep or precipitous, and mor means large or great. 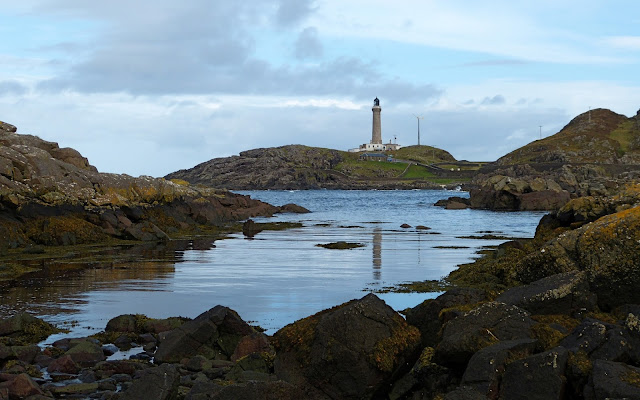 We left the car about half a kilometre short of the traffic lights at the entrance to the lighthouse, where there is a gate which let us through into open moorland, and walked along the side of the bay to the south of the lighthouse. 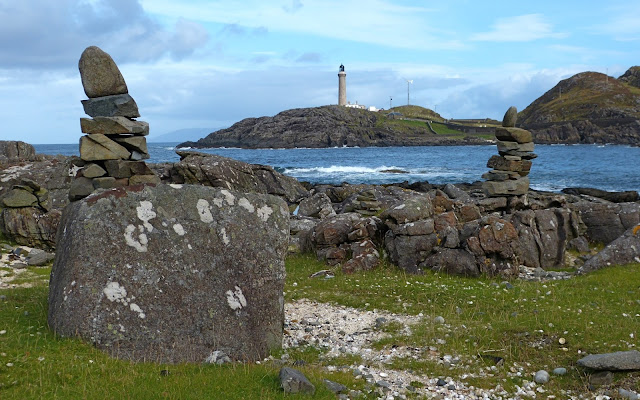 The fairies have been here too, building their rock art next to the little, white sand beach which can be seen from the lighthouse. 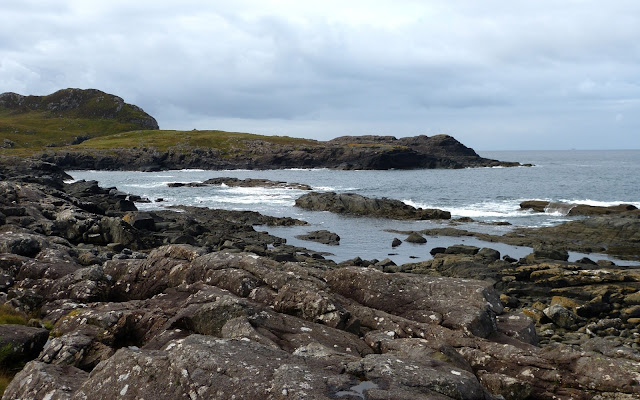 We then turned south, working our way across masses of rock exposed by the fierce westerly gales.  In this picture Corrachadh Mor is seen to the right, the lumpy hill at left being Garbhlach Mhor, garbh meaning rough or coarse and mhor, a variant on mor, being great. 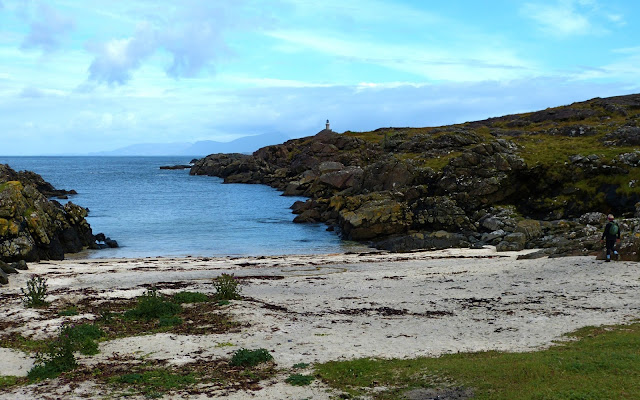 Our route took us past this narrow bay, cut deeply into the land. It's called Port Min, the soft or smooth port, with its protected white sand beach.  It's another of those places where one can imagine Vikings pulling their longships up onto the beach. 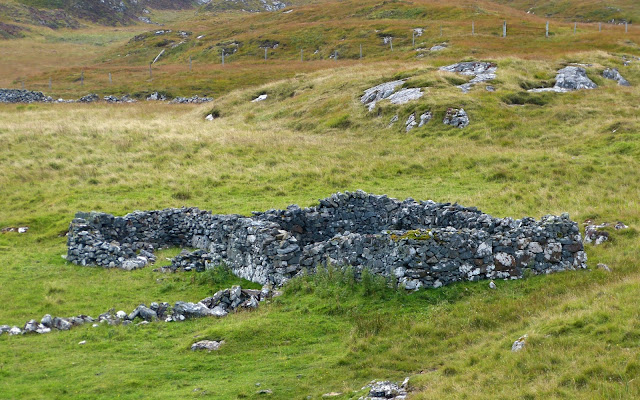 Others have made a more permanent home here.  At the back of the beach lie the remains of this little house, with a byre beside it.  There's also plenty of evidence of worked fields, with low walls and lazy beds across the grassy land around it.  There's more about this house and Port Min in a blog entry, here, written in July 2010. 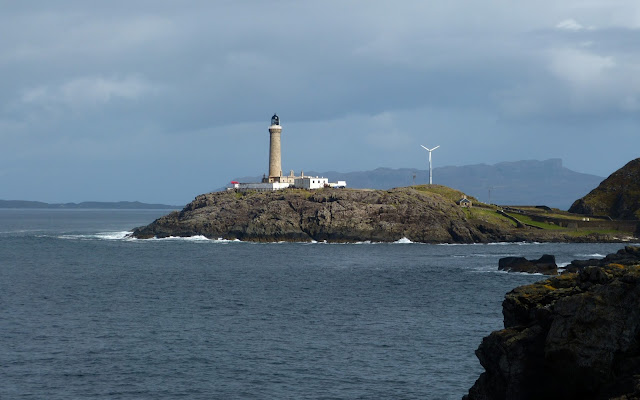 From there we scrambled across the rocks to the end of Corrachadh Mor.  From the most westerly point we looked back to the lighthouse, with the Isle of Eigg beyond it.... 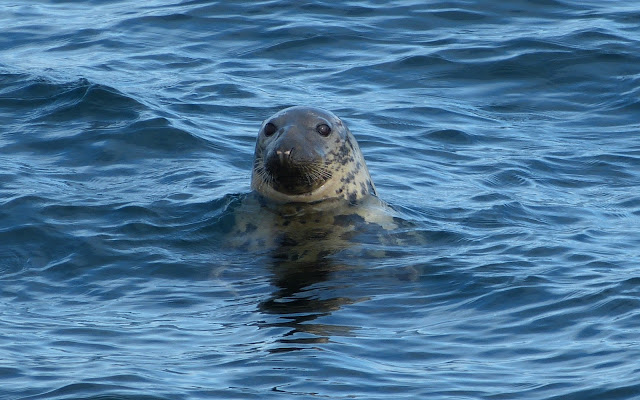 ....watched by a grey seal who seemed curious at, but unconcerned by our presence. 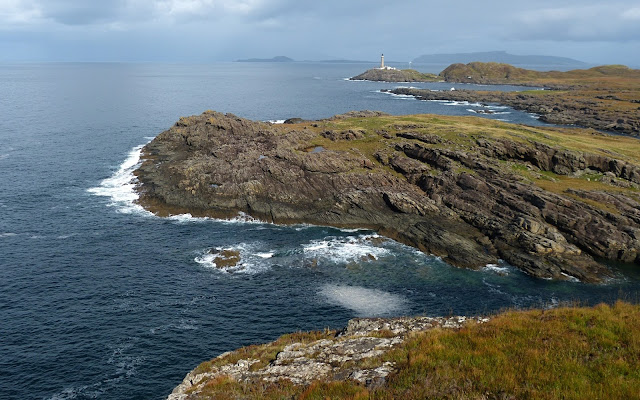 The trouble with walks like this is that, with the weather holding fine and despite the fact that we hadn't brought anything to eat or drink, we were in no mood to return to the car.  So what had started as a short walk suddenly grew longer - hence a few minutes later we were able to look back at Corrachadh Mor, Port Min, the lighthouse and the Isles of Muck and Eigg.
Posted by Jon at 17:47