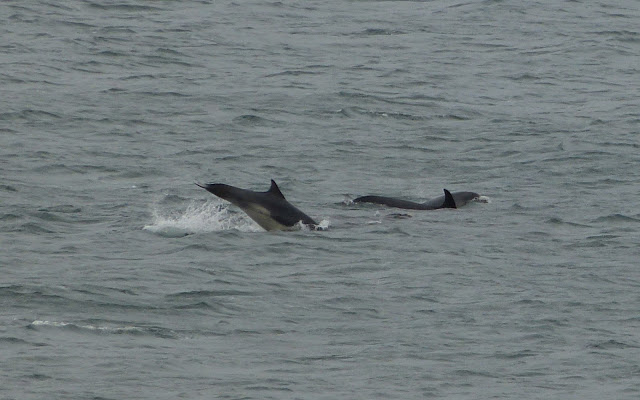 A pod of common dolphins are becoming a regular sight round the coasts of West Ardnamurchan, having been spotted off the north coast, at the lighthouse and in the Sound of Mull.

They came along the south coast of the peninsula again this morning shortly before nine, heading along the Ormsaigbeg shore into Kilchoan Bay, then round Glas Eilean and past the Mingary Pier.  They didn't seem to be in much a of a hurry, stopped several times as if they were fishing, and several did spectacular leaps into the air. 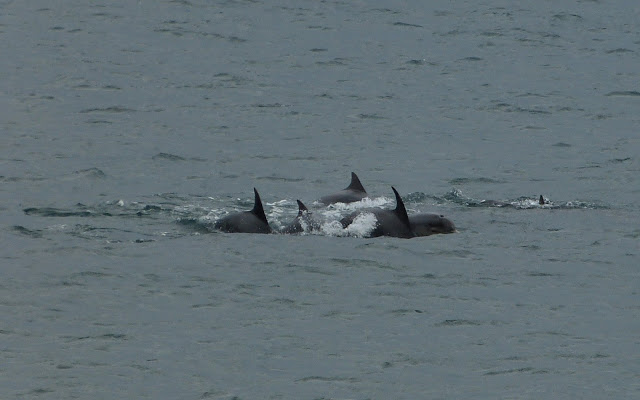 They came back about an hour later but this time they seemed much more purposeful, moving quickly westwards a couple of hundred metres off the coast. 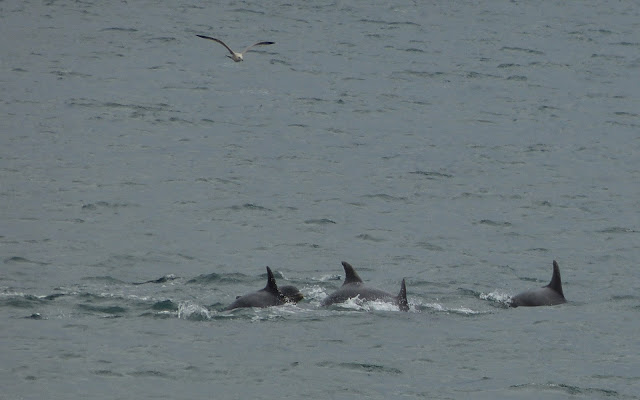 A few gulls followed them, but the common shags fishing in the bay took off as they approached. 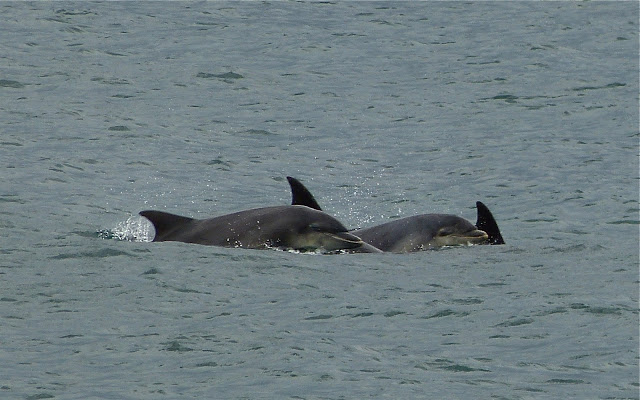 We had managed to position ourselves at the point near Trevor Pott's campsite at Bogha Caol Ard, and they passed us about a hundred metres out.... 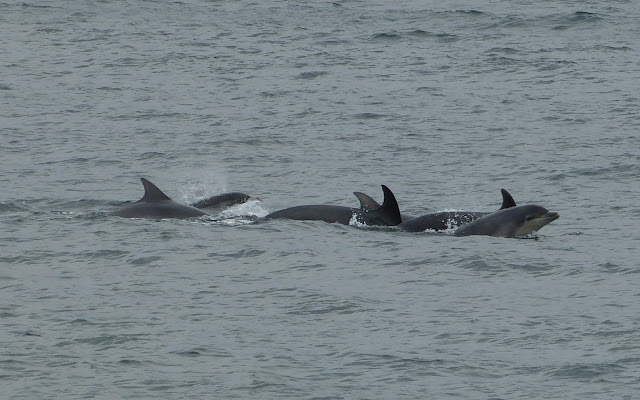 ....heading off in the direction of the lighthouse.
Posted by Jon at 10:57