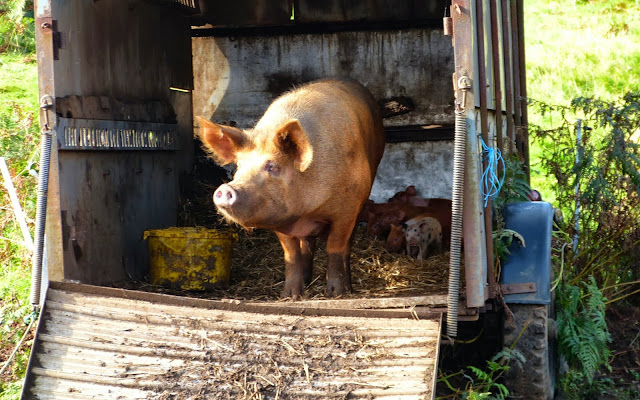 One of the sows on Angus John Cameron's croft a little further up Ormsaigbeg from where we live has just given birth to a large litter of piglets, so this morning we went to visit her.  Angie has set her up with a very nice house with all mod cons in the same run as his other pigs, so she's not lacking in company and a bit of support when the children get obstreperous. 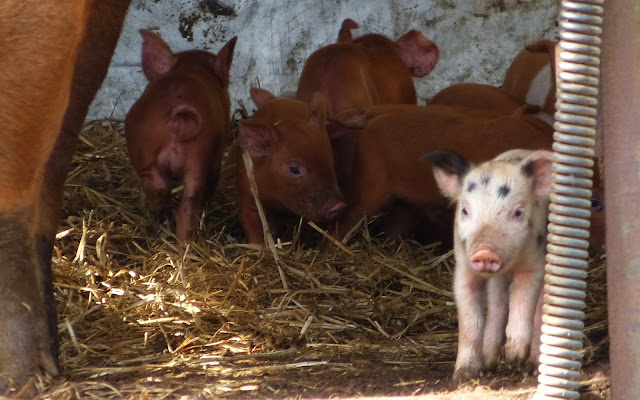 We tried to count how many piglets she has but, being piglets, they never stand still for more than two seconds at a time and, since most of them are a shade of ginger, we kept losing count - but there are at least eight.  Not all of them are ginger.  There's this odd one which is white and spotty and by far the most adventurous.... 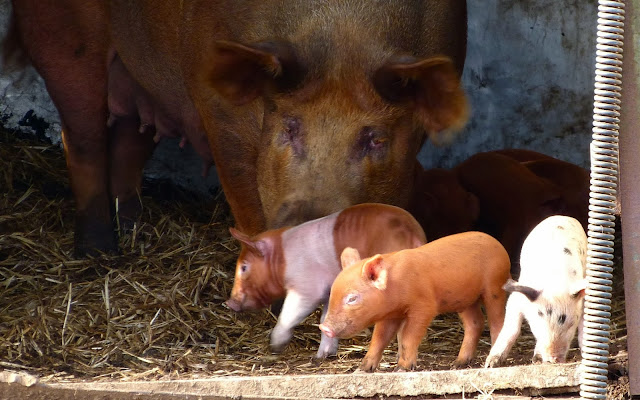 ....and two which are ginger and have a white stripe across them.

Hughie MacLachlan has recently bought another eight piglets, and the rumour is that he has another eight or so arriving at the weekend, and then Betsy's supposed to be producing a litter shortly, so the place will shortly be over-run with pigs.  We're seriously thinking of petitioning the Community Council to change the name of the township from Ormsaigbeg, ormr being Norse for snake, the saig coming from the Norse vik, a bay, and bheag meaning little, to Pigsaigbeg.
Posted by Jon at 20:46