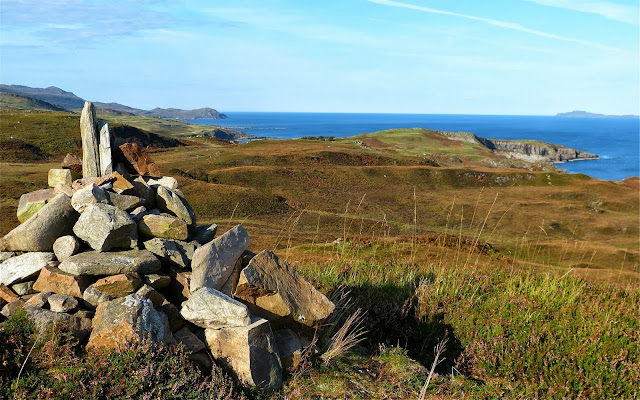 With the forecast on Yr.No promising wall-to-wall sunshine today, we set off for another assault on Beinn Bhreac, one of the summits at the eastern end of our stamping ground, a bleak peak carved by glaciers out of ancient metamorphic rocks. 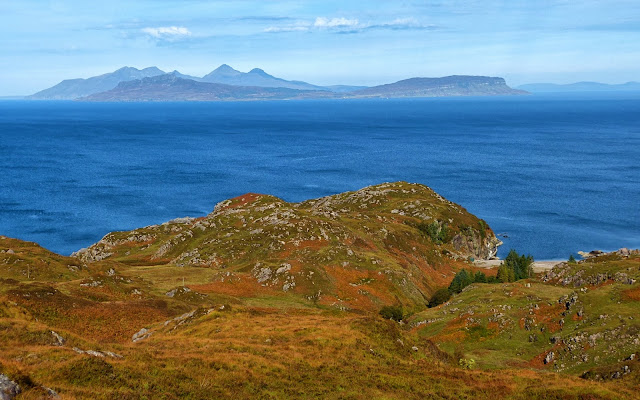 This time, we chose to approach it along the coastal track that runs from Ockle to Gorntenfern, a relatively easy walk which offers stunning views north across the Minches to Rum, Eigg, Muck and Skye, as well as glimpses of some of the hidden beaches along Ardnamurchan's north coast - this view looks down on Eilagadale. 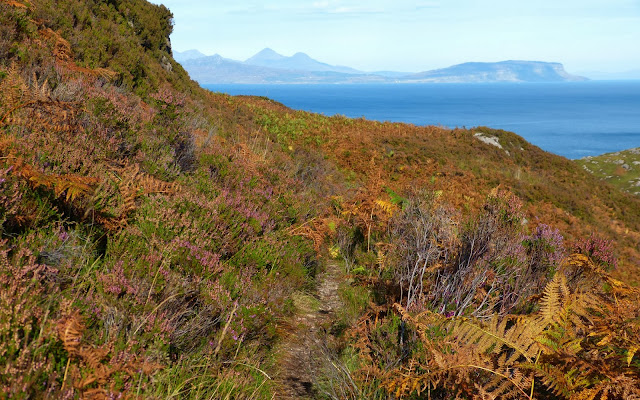 Sadly, as this is a good walk to enjoy it, the heather flowering is almost over, the best being spoilt by the recent wet weather, but the dying bracken does its best to make up for it.

We left the track, by now little more than a path, at its highest point, and struck off south.... ....climbing steadily into increasingly open and rocky country.  This view, looking back from near Beinn Bhreac's summit, shows a small pool and two lochans, both un-named on the OS map. 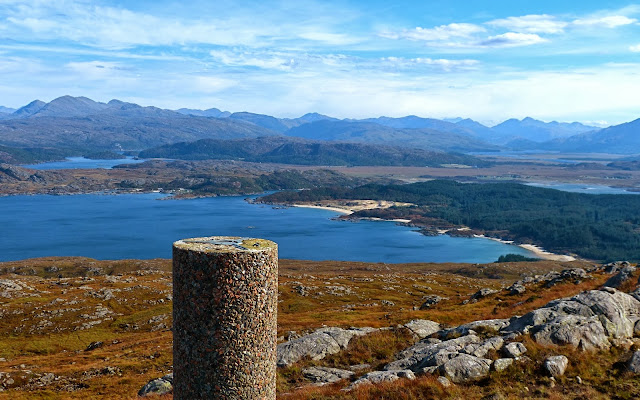 There's a triangulation point at the summit as well as a substantial cairn of stones, and three hundred and sixty degrees of magnificent views.  Here we look across the string of beaches that are generally called the Singing Sands to Kentra Bay, with the mountains of Moidart in the distance. 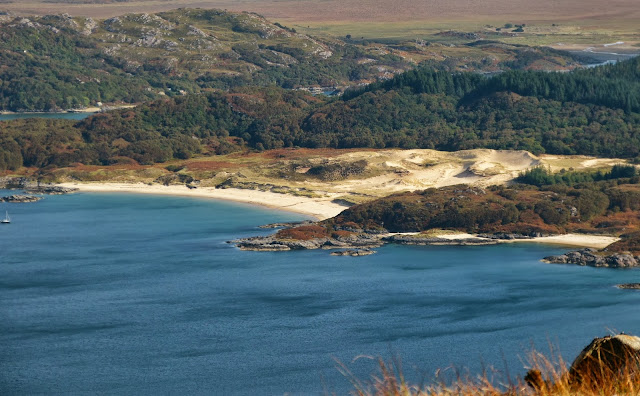 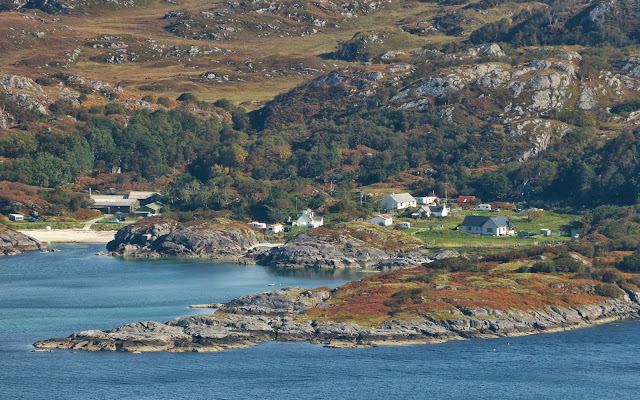 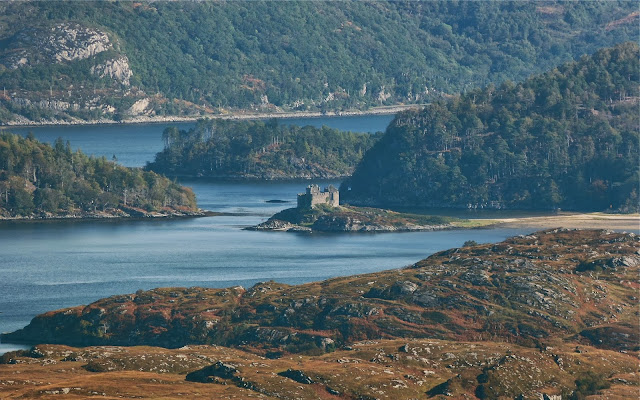 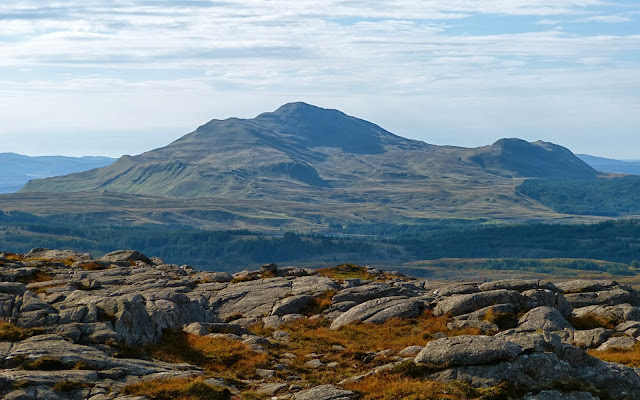 ....while, to the southwest, we looked across the exposed metamorphic rocks to more familiar territory and Ben Hiant. 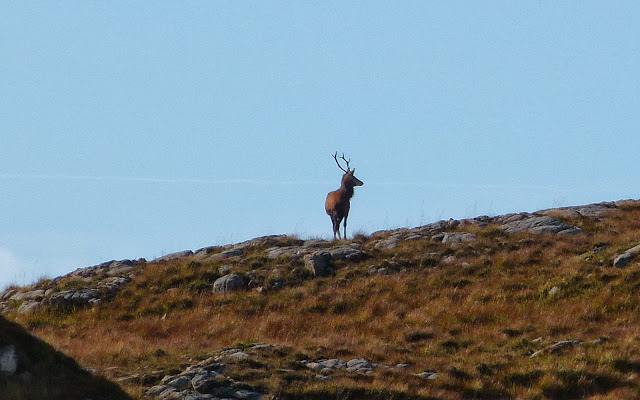 The rutting is in full swing and these magnificent beasts are no longer lords of the glens - they're kings of the hilltops, roaring out their mating calls. 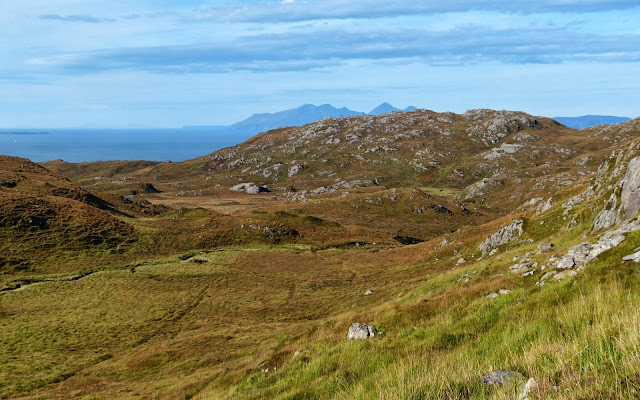 From Beinn Bhreac we walked a kilometre south along the bleak ridge, heading for one of the lochans, beside which we stopped to enjoy lunch.  We then turned northwest towards Ockle and gradually descended into softer landscapes. 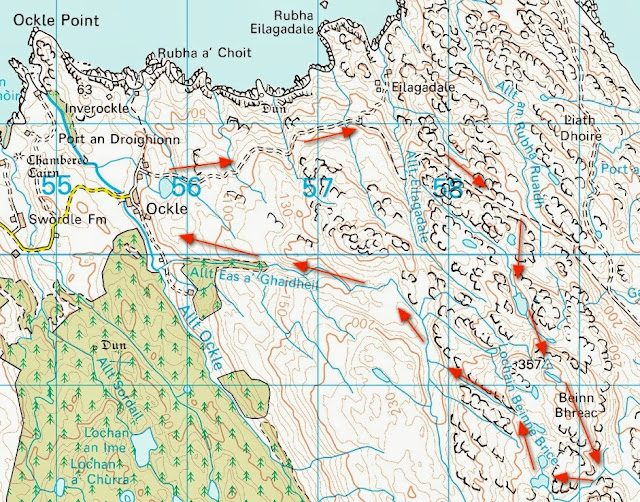 An interactive version of this map is here.
Posted by Jon at 18:10