There's a tradition here that, shortly before they're married, a couple are dragged round the village sitting on a bale of straw on a trailer while people throw or daub them with various revolting substances - flour being the kindest.  The rite is called a reiteach in Gaelic, or blackening, the latter word coming from the state they're in when they're finished. 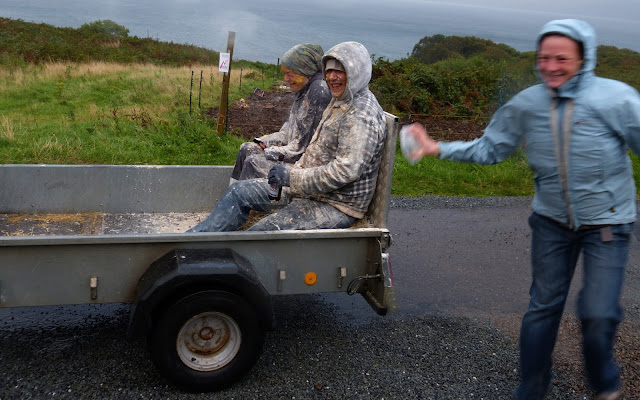 Katie Bryson and Graeme Stafford are tying the knot this Saturday so Nan MacLachlan chose a nice cold, wet, windy evening to take them round the village.

The reiteach seems to have been an ceremony in Hebridean culture to celebrate the couple's formal betrothal after the father had given permission for his daughter to marry.  Quite how the tradition moved on to a cold, wet ride around the community is unclear. 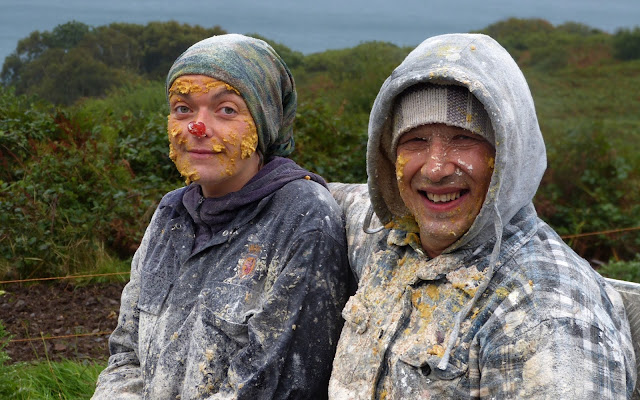 Fortunately, Katie and Graeme are such lovely people that they took it in great spirit.
Posted by Jon at 20:30