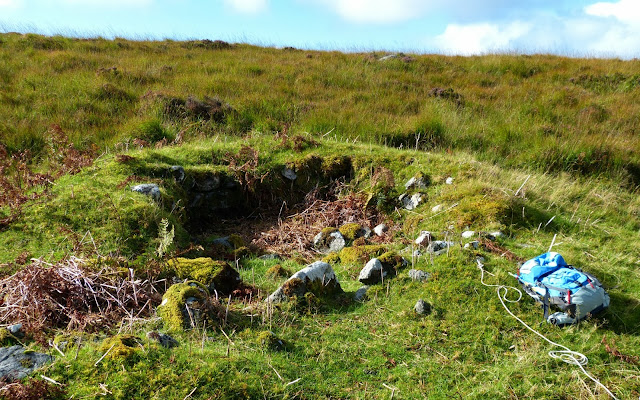 One of the joys of living on West Ardnamurchan is that, on our walks across the hills, we are constantly coming across old, abandoned stone structures which were obviously built by man.  This one we stumbled upon while following a path which we've often used before - yet we'd never noticed it.  It's just to the east of the Sanna road, shortly after it dips down to the bridge across the Allt Uamha na Muice - there's a convenient ladder across the Ardnamurchan Estate boundary fence, and the structure is a couple of hundred metres beyond it.

It's circular, about 4 metres in diametre, and a few moments' investigation showed that it consisted.... 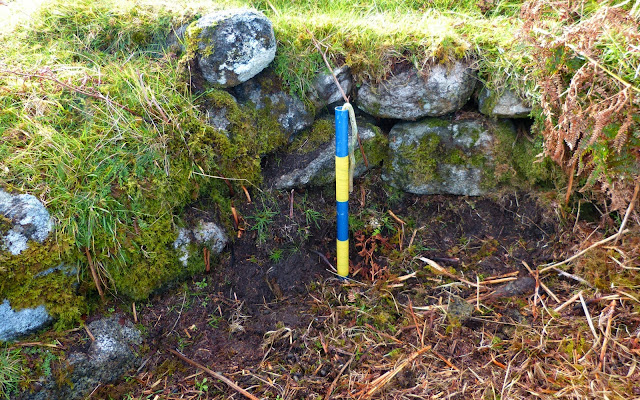 ....of an almost square wall of stones against which was mounded turfs and peats - the scale is in 10cm sections.

The roof is obviously long gone, and it may look small and rude, but this was almost certainly a dwelling house.

We spent some time searching the surrounding area, and found four more structures, of which three were similar to the first. 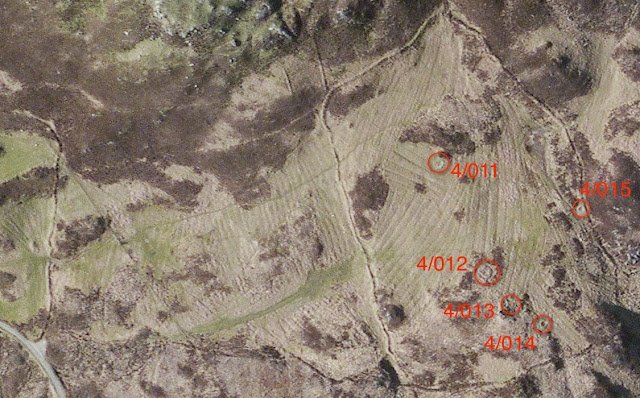 We were already aware of walls and old fields, with their distinctive striped patterns of lazy beds, in the surrounding area, and of a number of stone cairns which might have been field clearance cairns, but when we looked on Bing's aerial view - which is particularly good as it was taken in winter with the sun low - we were amazed at the amount of agricultural activity.

We knew that the land on which the structures stood was part of the old Glendrian clachan's lands, so we checked Bald's map of 1806, which shows all the worked land of West Ardnamurchan's various clachans. 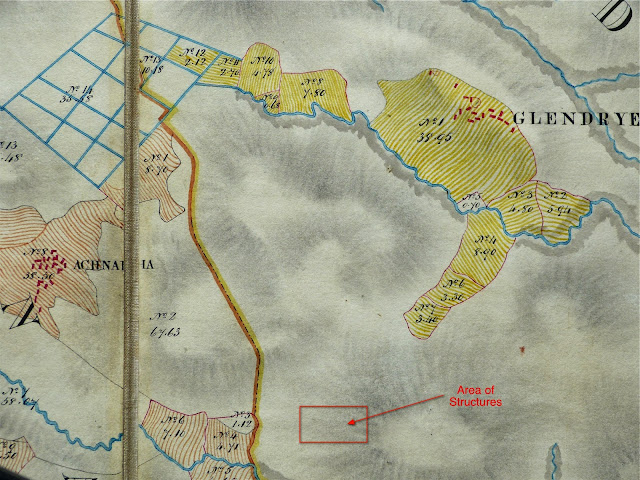 Bald's map, which has Glendrian's fields in yellow, shows that there was no activity in the area in 1806, so what we had found must be 18th century or earlier. 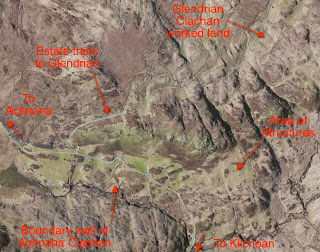 This map summarises what we found, but also shows that the worked land associated with these structures extended to the west, possibly as far as the boundary with the neighbouring Achnaha clachan's lands, if not across it. 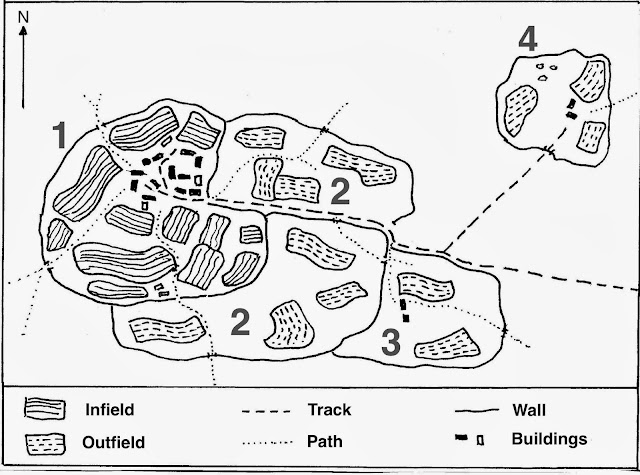 What we appear to have discovered is shown on this sketch map of a typical clachan.  The main settlement area is marked '1', surrounded by intensively worked infield land and, outside it, the less intensively used outfields.  However, at times of population increase, additional areas could be pressed into service for settlement.  These were most likely to be at '3', close to the main clachan, but might be further afield, at '4', an area which, in the past, might previously have been used as a summer shieling.  We think we have found an example of '4', an area of worked land quite separate from the main Glendrian settlement. 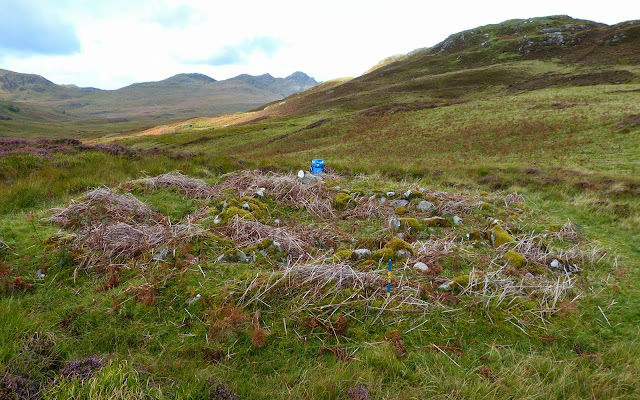 But there is more.  One of the structures, 4/012, is much larger than the other four and shows a completely different layout.  It's on a slight rise, circular, some 8m in diametre, and it appears to have a square structure within it. 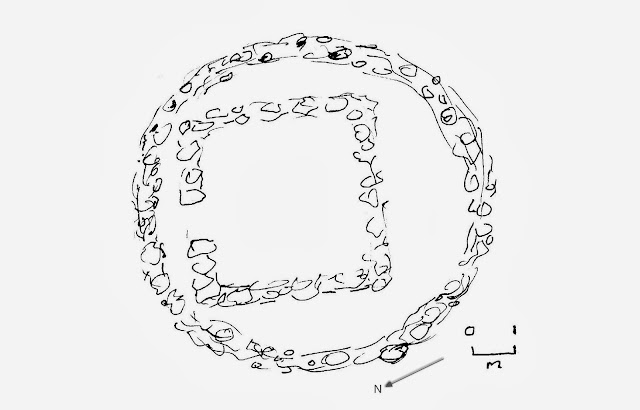 This very rough sketch map gives some idea of what it looks like.  One possible explanation is that an early round building was later reoccupied by people who built a smaller, square building, much like the other four, inside it.  If this is correct, then the round building may be very old indeed.