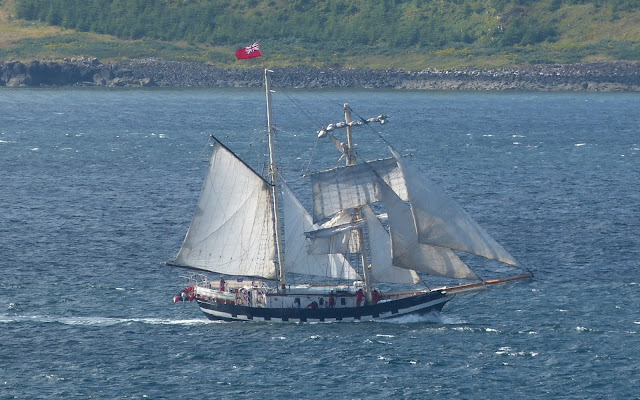 We start this month's 'Ships in the Sound' with three beauties.  The Lady of Avenel appeared in last 'Ships in the Sound' but she's repeated here mainly because she came through much closer to the Ormsaigbeg shore on the 8th August, which gave us a fine view of her under full sail. 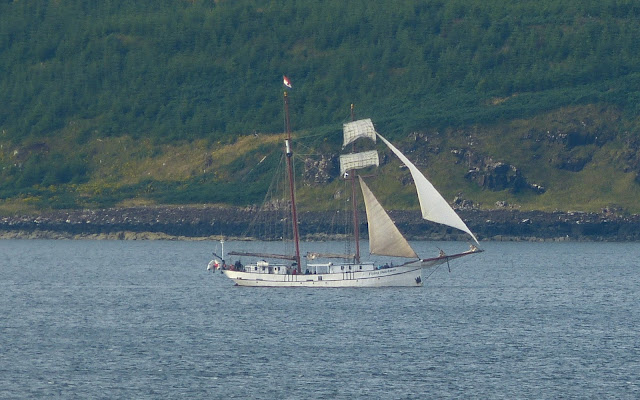 The Flying Dutchman passed us a week later.  She's a schooner built in Holland as a herring drifter in 1903 but converted into a luxury cruise ship with twelve cabins in 1903/4.  The conversion was aimed at the American market, so she didn't look too happy coming up the Sound on a blustery day.  There's more about her here. 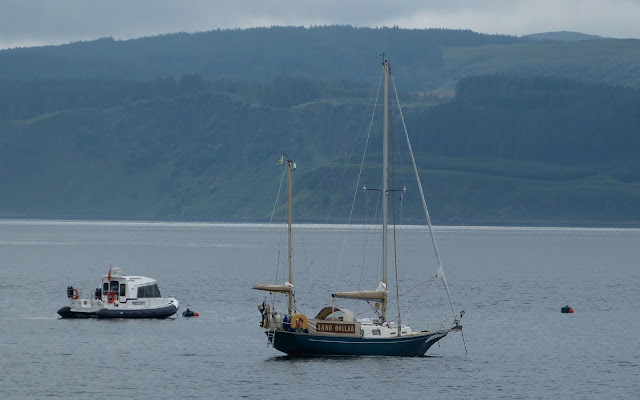 Kilchoan Bay has seen a number of good-looking yachts anchored in the last month.  This one is Sand Dollar. 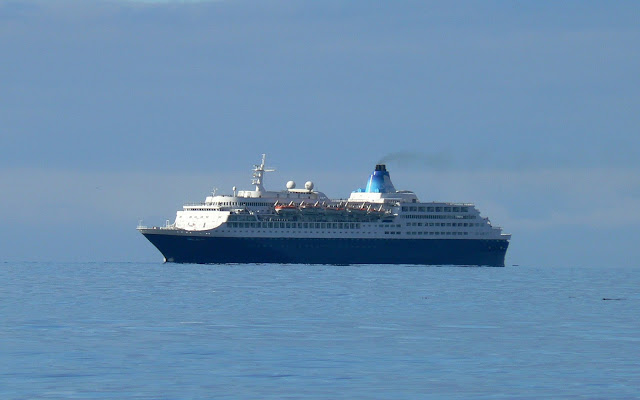 The beauties done, this month's feature is a parade of three aging cruise ships.  The Diary hastens to defend anything old, and older ships may still offer sterling service, but the number of old cruise ships is worrying, particularly when one notes that most cargo ships operating today were built less than ten years ago.

If this picture of the cruise ship Saga Sapphire looks as if it was taken from a different angle, it was - from a kayak.  Described by her owners as 'a timeless ship with a modern twist', she was originally built in 1981 by German ship-builder Bremer Vulkan for Hapag-Lloyd Cruises as MS Europa.  Bought by Saga in 2012, she broke down on her maiden voyage, and has had problems since, for example on a cruise to Norway in the same year. 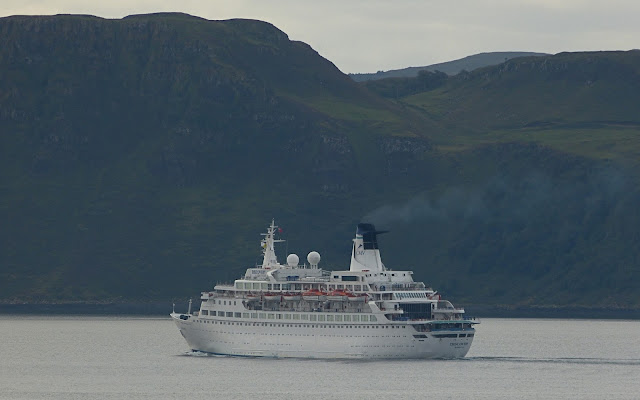 The MV Discovery, another cruise ship, called into Tobermory for a day on the 28th. She's even older than the Sapphire, having been built in 1972. Since Feb 2013 she's been sailing for Cruise & Maritime Voyages, who specialise in voyages out of British ports, but she really is getting a bit long in the tooth so there are reports of the company replacing her. 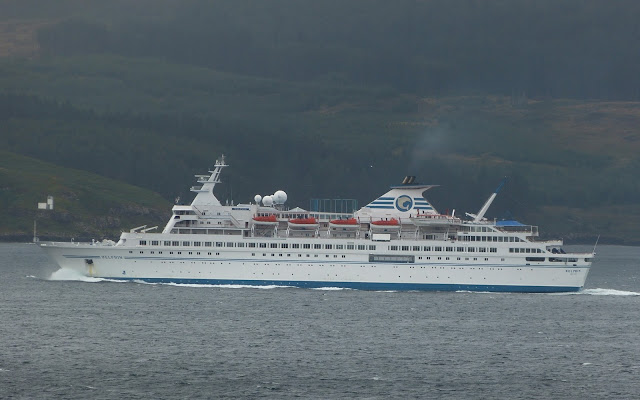 For all her sleek looks, the Delphin is another old ship, having been built in 1975.  In 2011 she was laid up for more than a year following the insolvency of owner Delphin Kreuzfahrten, but she was then bought by an Indian investor based in Mauritius and has been operated by the company Passat Cruises since April 2012. 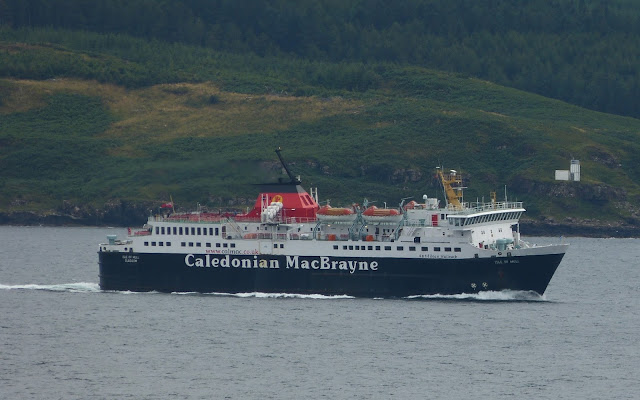 This isn't a cruise ship but the CalMac ferry, the Isle of Mull.  She usually does the Oban-Craignure run but we saw her coming up the Sound on 16th August.  She's seen passing the Ardmore light 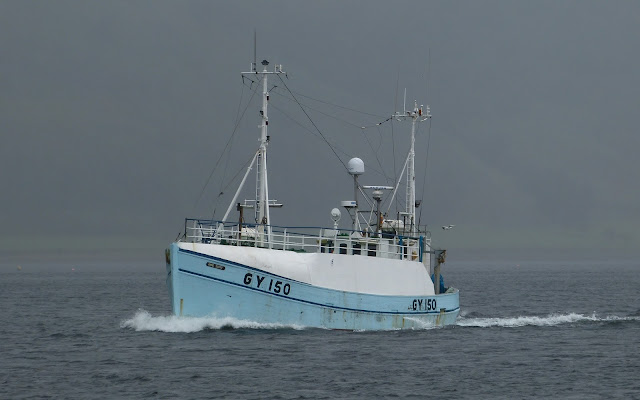 This photo of the trawler Anne Scott is cheating as she was seen from the Corran ferry shortly after she left Fort William, and not in the Sound of Mull, but she looked such a fine sight on a rather dull day that she's included in this month's round-up.  If the above cruise ships are old but still doing a sound job, this lady is even older, having been built in Denmark in 1969.
Posted by Jon at 16:40