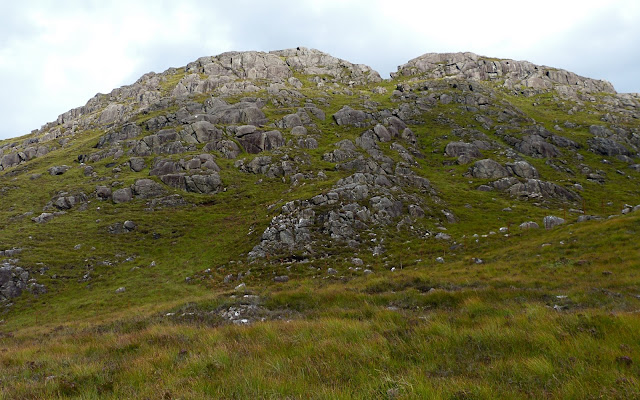 Creag an Airgid, the silver hill, doesn't look particularly special from the Sanna road but we were there to give Rachael another few hours of training for her Nepal venture.... 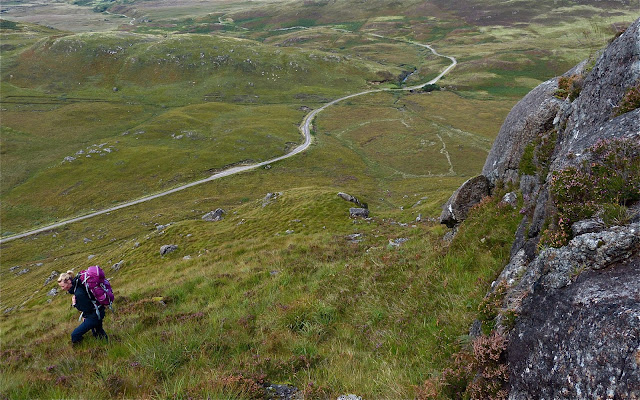 ....and for that purpose it's good because the crag's western approach is a pretty stiff climb from the road. 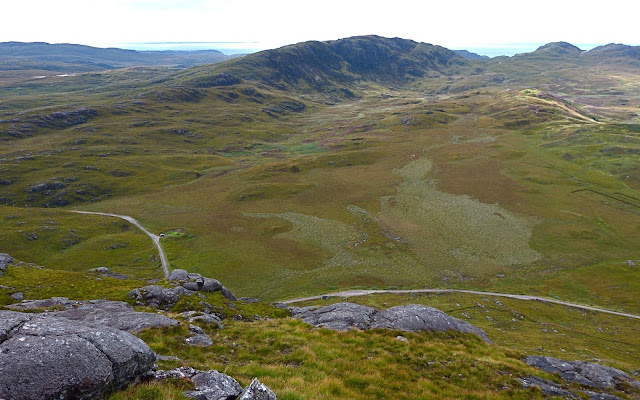 We've climbed Creag an Airgid several times before but it's well worth repeating because, although it isn't particularly high, it has wonderful views from its summit.  However, taking pictures today was frustrating as the sun flatly refused to put in an appearance.  This looks west towards the long ridge of Beinn na h-Imeilte.... 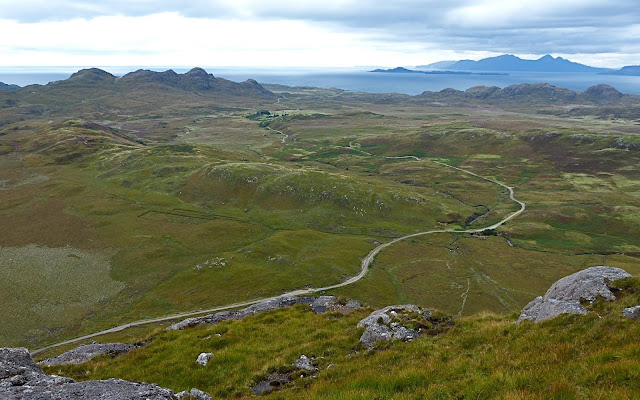 ....while this looks northwest towards Sanna, and beyond to the Isles of Muck and Rum.  The highest peak in the left distance is Meall Sanna. 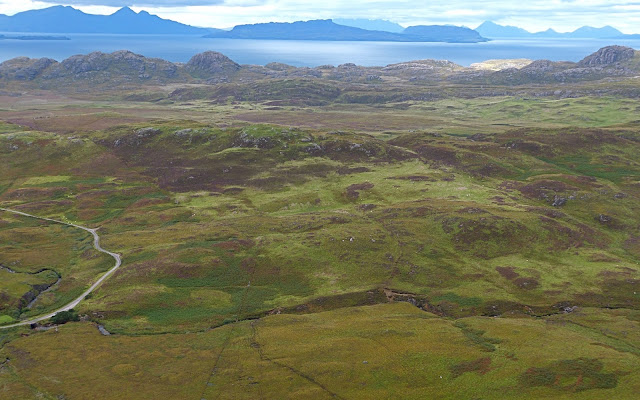 The area in the centre of this picture is one we plan to explore, as the green, grassy land is the site of a shieling or summer pasture, possibly for Glendrian, and there are several structures which may be old shieling huts.  The array of islands beyond are, from left, Muck, Rum, Eigg and Skye. 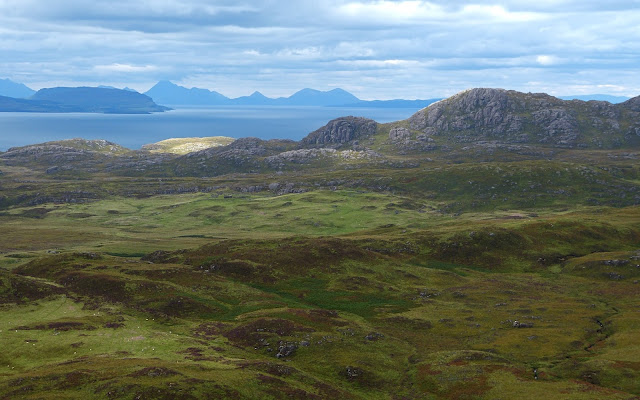 The green area in the centre of this picture is the inbye land of Glendrian.  The craggy hill to the right is Meall an Fhir-eoin, and the islands beyond it are Eigg, to the left, and Skye beyond.  By this stage the sun was threatening to make an appearance, but only managed to light one small hill. 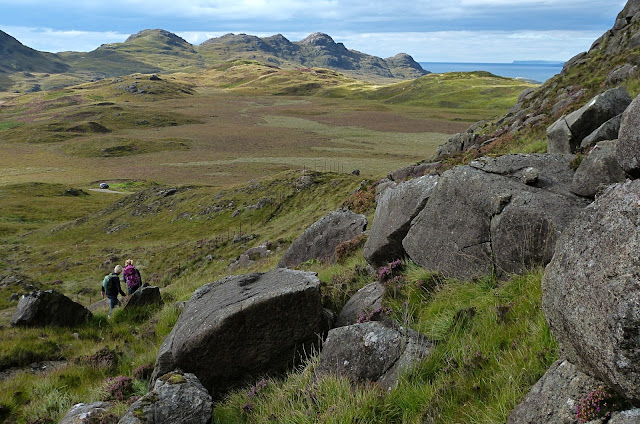 We walked some way to the east from the summit of Creag and Airgid before circling round and returning to the road.  Only as we approached the car did the sun finally come out to brighten the landscape.
Posted by Jon at 18:22