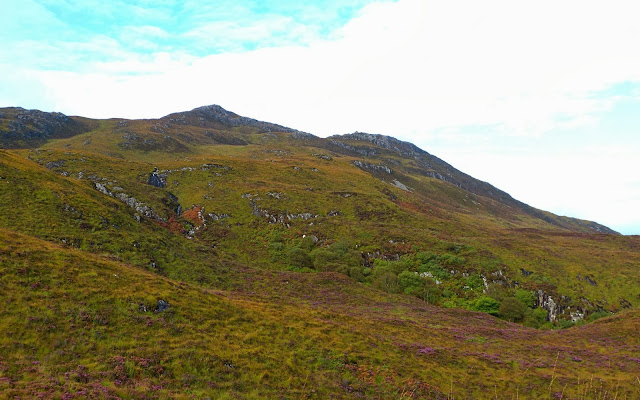 With a break in the weather promised for this morning, we set off from the Kilchoan recycling facility to climb the twin peaks to the north of Beinn na Seilg.  We're sad that the Ordnance Survey map doesn't have their names as they're both prominent summits and must have had names in the past so, until someone identifies them, we've called them Beinn na Seilg II, at left, and Beinn na Seilg III. 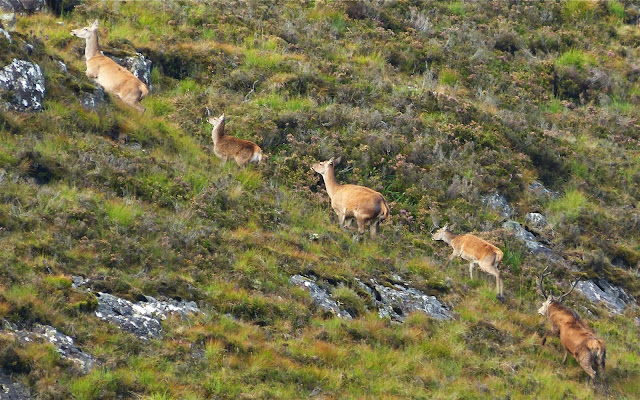 On the lower slopes we disturbed three small groups of red deer, the first consisting of two does with young at heel followed up the hill by a stag. 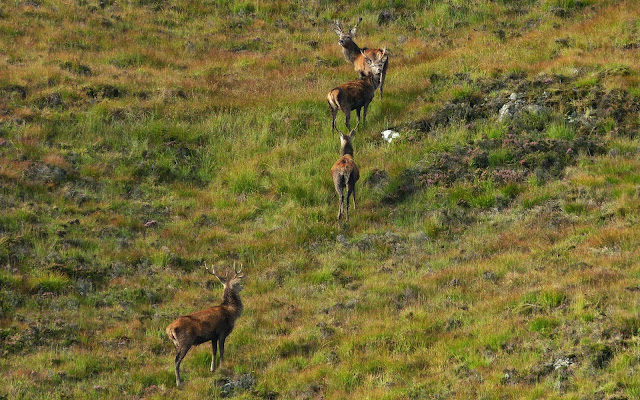 The second was a group of four stags, and.... 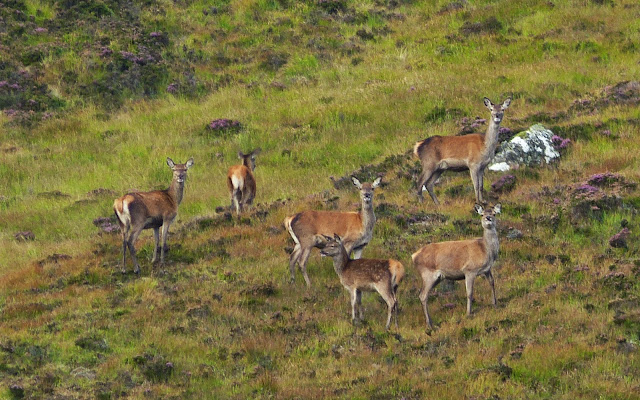 ....the third a group of hinds with one young one.  We've never seen so many deer in this area before. 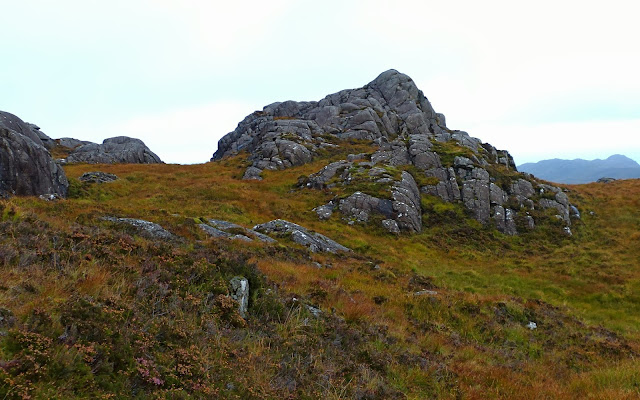 Beinn na Seilg III, the northern of the two summits, is formed of a rounded outcrop of igneous rock which is best approached from the saddle to the left in this picture.... 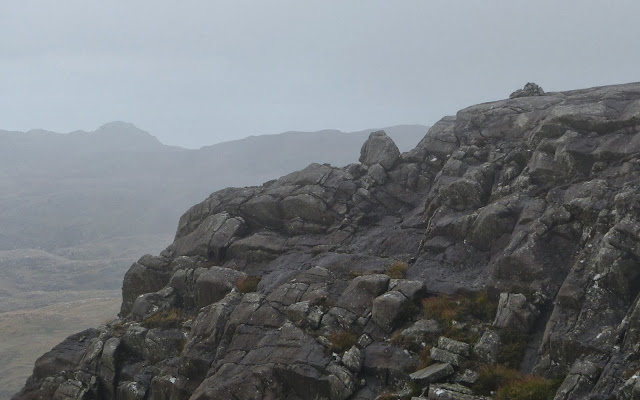 ....but by the time we'd worked our way round onto it the weather had begun to change, with low cloud rolling in from the west.  Not that this prevented us from scrambling across.... 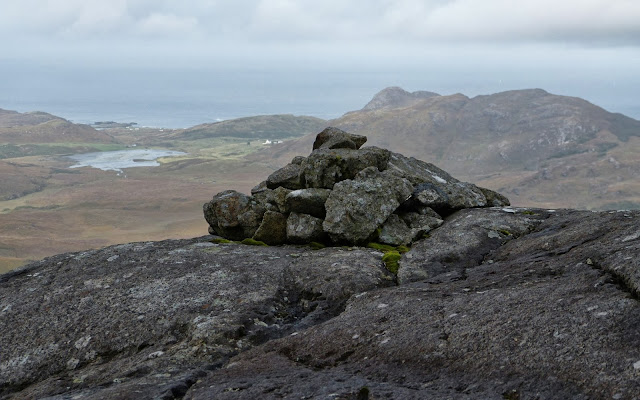 ....to add another rock to the small collection on its summit.  In the distance is Loch Grigadale and Grigadale Farm.

The view is as good in every direction except.... 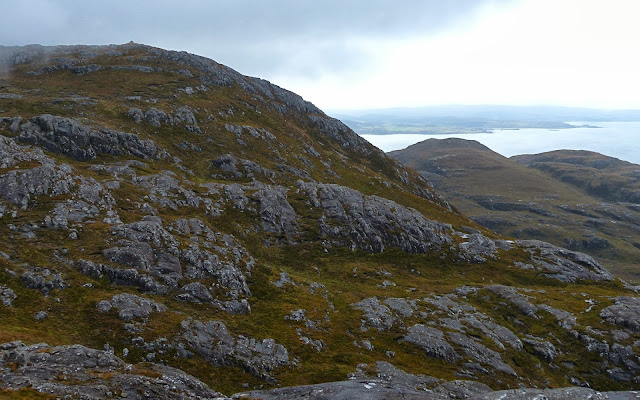 ....to the south, where it is broken by the bulk of Beinn na Seilg itself.  The Sound of Mull and Mull's north coast are in the distance. 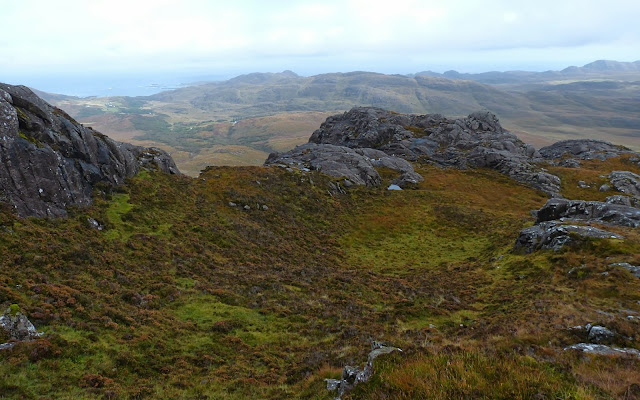 We then crossed the saddle to this hollow - picture looks back towards Beinn na Seilg III - and climbed higher to reach the next summit. 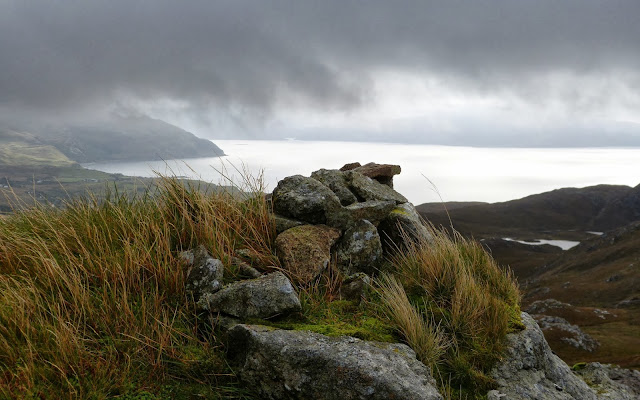 Beinn na Seilg II stands at just over 310m, and has a small cairn on its summit, perhaps reflecting how few people come up here.  In the distance to the right are the Twin Lochans, Lochain Gleann Locha and, to the left, Kilchoan village and the lower slopes of Maclean's Nose. 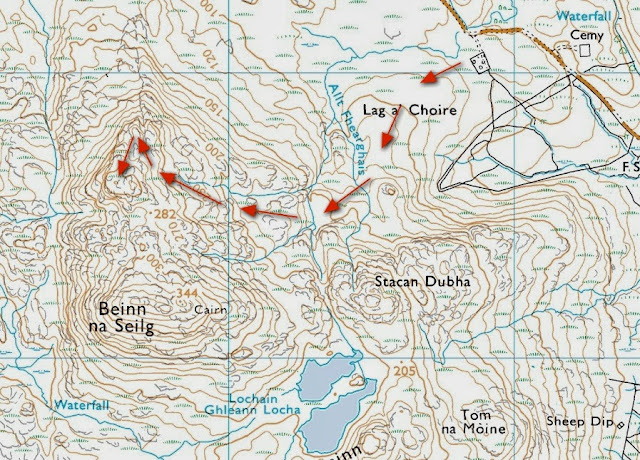 An interactive map of the area is here.
Posted by Jon at 15:13