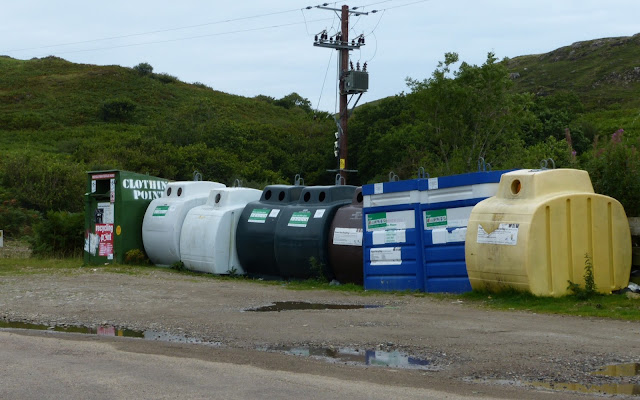 West Ardnamurchan's rubbish disposal and recycling operation is so low-key that a lot of visitors probably hardly notice it.  For example, instead of a large yellow truck uplifting wheelie-bins we have collections in farm trailers.

The newspaper, glass and clothing recycling facilities are probably the most visible part of the operation, located just beside the fire station and telephone exchange on the lighthouse road.  They are publicly accessible 24/7.  In general, they work well, though some people still have a habit of dumping bags full of general refuse beside them, even though.... 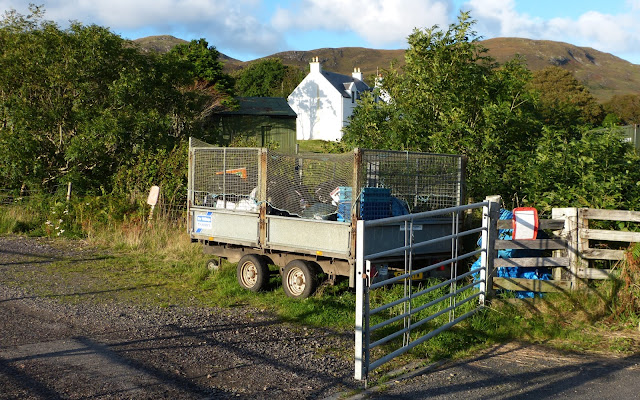 ....one of the trailers is located by the gate to Millburn croft and is permanently available for disposal of rubbish contained in black bin-liners. 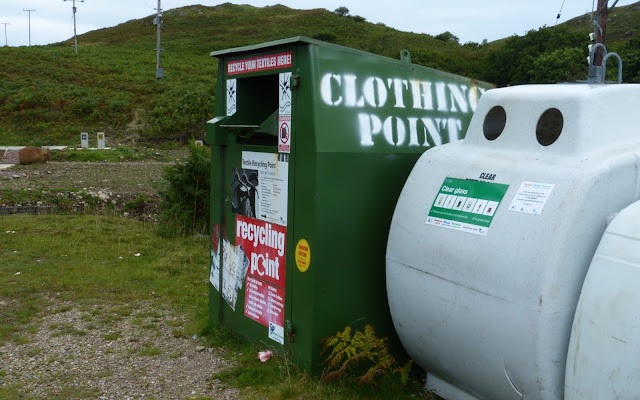 To return to the recycling facilities, there's a major problem at this site.  In response to demand, Davie Ferguson, who has the Highland Council contract for all aspects of refuse disposal and recycling on West Ardnamurchan, asked Highland Council for a 'Clothing Point'.  Demand has been high, and this facility fills quickly.  It's Davie's job to empty it, which he has to do by hand. 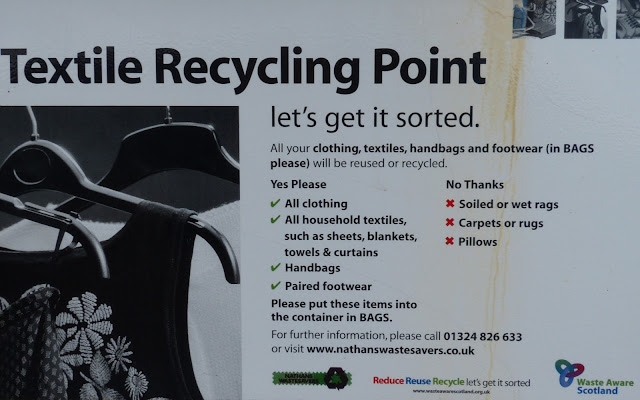 The notice on the front of the bin is quite clear in asking that clothing be IN BAGS, but few people are heeding this.  The bin isn't waterproof, so when Davie empties it, sometimes of clothing which hasn't been washed, its contents are.... unpleasant.  So he has appealed to everyone only to put in clothing which is BAGGED. 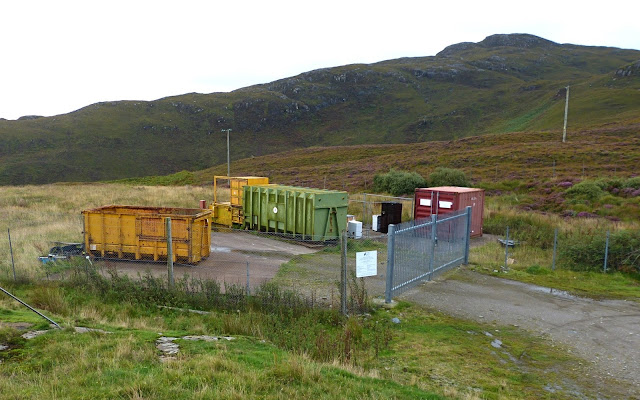 Davie, again in response to demand, has also increased the hours when the main recycling point is open.  This is a little further up the lighthouse road, and is available for disposal of metal, white goods, batteries, electrical equipment, computers and electronics, and just about everything else except, sadly, plastic.  It's currently open every Wednesday from 12.00 noon to 2.00pm.
Posted by Jon at 16:43