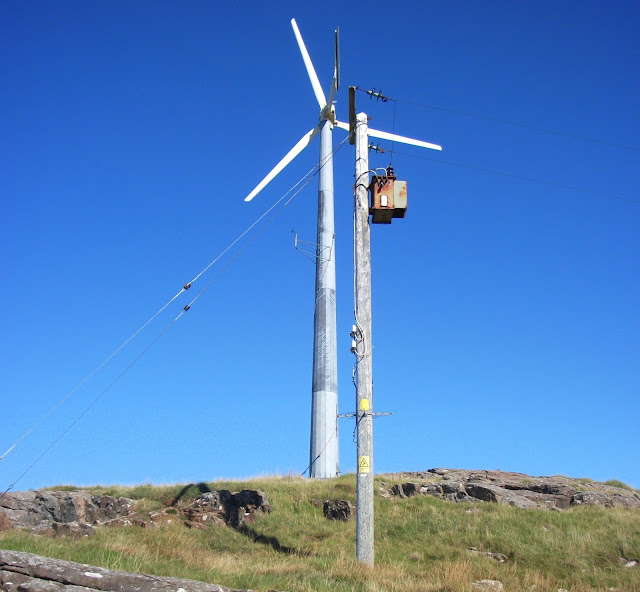 We have  been coming to Ardnamurchan twice a year for twenty-six years, and have just spent two weeks at Portuairk.  The Lighthouse and its great Cafe is always on the itinerary, a good walk from Portuairk, followed by a great coffee and a strawberry tart, before heading back via Bay MacNeil.

So it was we found ourselves sitting outside the Lighthouse Cafe in the sunshine on the afternoon of Friday 6th September 2013.  All of a sudden we were startled by a huge bang and on looking up saw a flurry of feathers drifting off in the wind. The bang was so loud we initially thought it was a shot from a gun.... 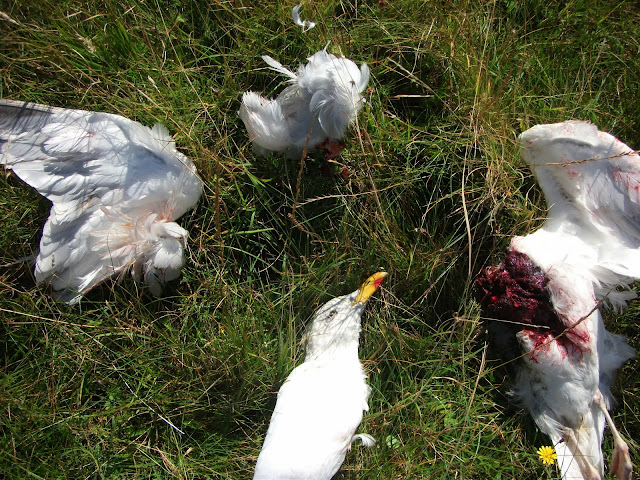 ....but then realised it was in fact a bird hitting one of the turbine blades. I went up to the area of the turbine and found a poor unfortunate herring gull neatly chopped into four sections - I gathered up the pieces for the photo.

Now I am not against alternative energy, far from it, but there must be a caveat with regard to wildlife. I always assumed that gulls were pretty savvy.  Obviously this one wasn't, but it did make me think.  Could the same happen to some of the eagles which we have regularly seen in the area? I sincerely hope not.
Posted by Jon at 06:00