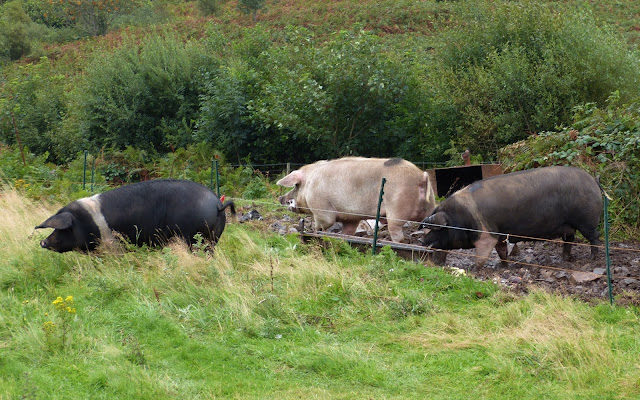 That sow of Angus-John's escaped again this morning.  She made her way from her run in the neighbouring croft through the bracken and across a burn to visit Betsy and Bobby.  She didn't get a very good reception.  Both Betsy and Bobby began frothing and slobbering while Jezebel - that's what we're calling her - minced up and down outside the run and behaved generally in a very provocative way. 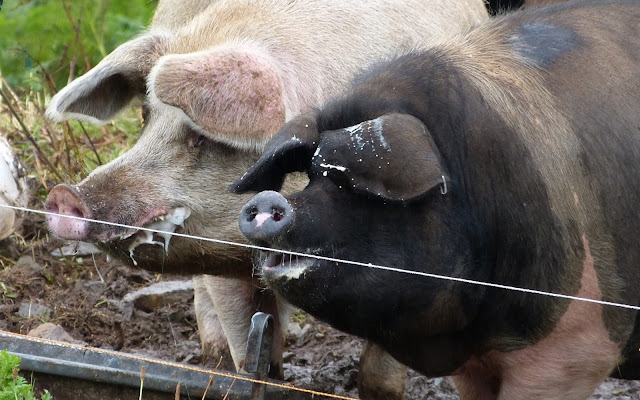 It really was quite a show of unity from the resident pigs.  Betsy is due to have her piglets at any time - though that promise has been around for a month or two - so perhaps Bobby felt he'd better show some solidarity. 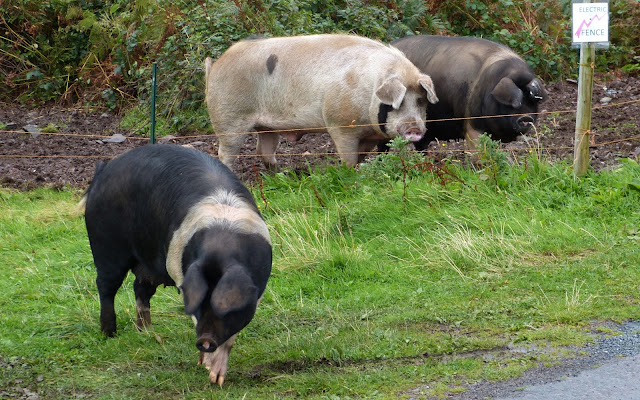 We waited for more pigs to arrive from next door but none did.  Jezebel became tired of winding up Bobby and Betsy and made her way off along the road towards the shop.  At that point Bobby and Betsy looked a bit envious - it's years since either of them have been shopping.

We sent Angus-John a message to say that his sow was loose but then had to leave to go to Tobermory.
Posted by Jon at 17:34