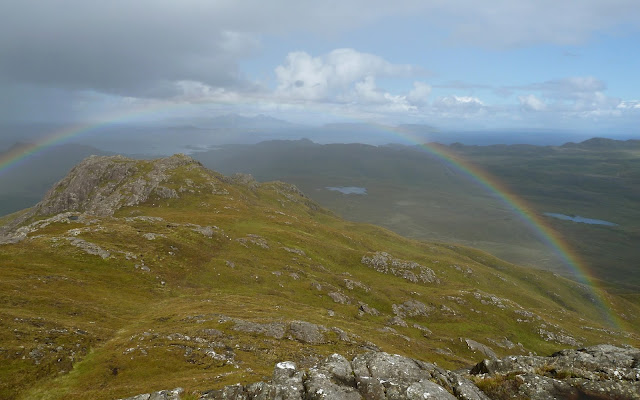 Rachael Haylett and Ben McKeown climbed Beinn na Seilg this morning.  These are Rachael's photos.  The first looks along the summit of the hill, with the islands of Rum, Muck and Eigg in the distance.  The lochan at far right is Lochan na Crannaig, the one at centre Lochan an Aodainn. 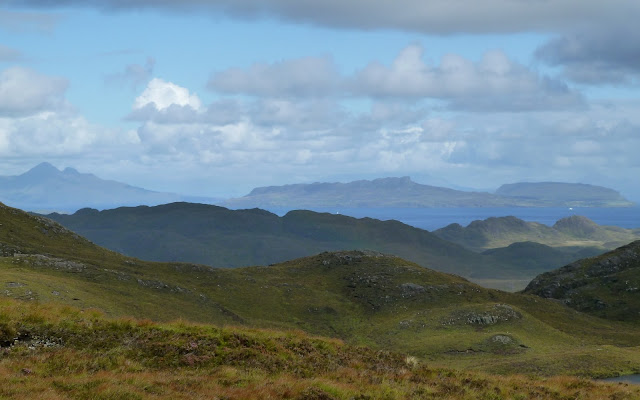 The view to the north, with Rum at left and Eigg at right, and the dark ridge of Beinn na h-Imeilte in the middle ground. 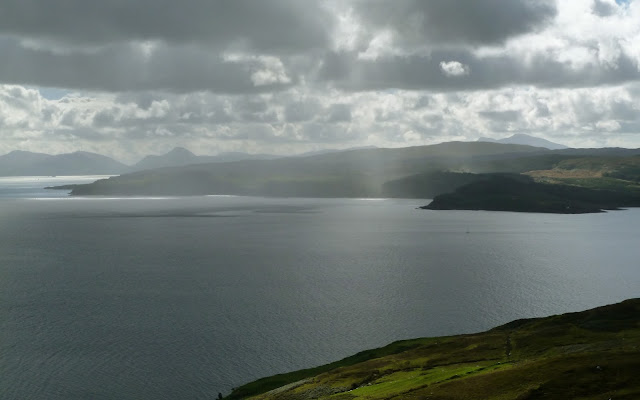 Looking south across the Sound of Mull, with a rain shower moving out of Bloody Bay. 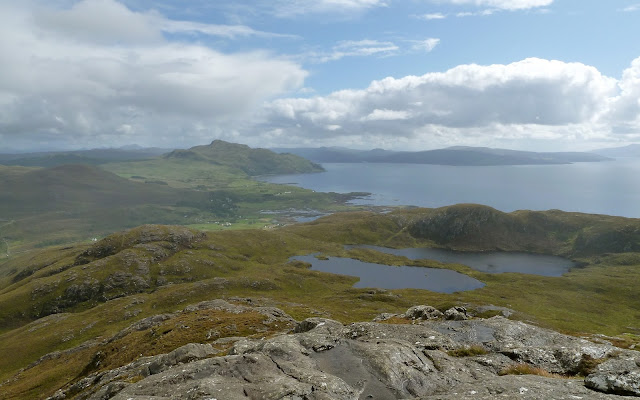 The view east, with Ben Hiant and Morvern in the distance.  The lochans are often called the 'Twin Lochans', Lochain Gleann Locha, the lochans in the glen.
Posted by Jon at 15:47