Square-rigger in the Sound 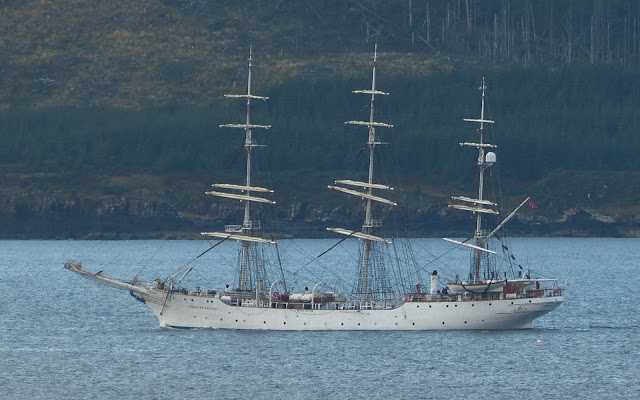 This morning, the Christian Radich, a Norwegian square-rigger which is used for both charters and training, came along the north coast and rounded Ardnamurchan Point into the Sound of Mull en route for Liverpool.  She made a fine sight but would have been impressive under full sail. 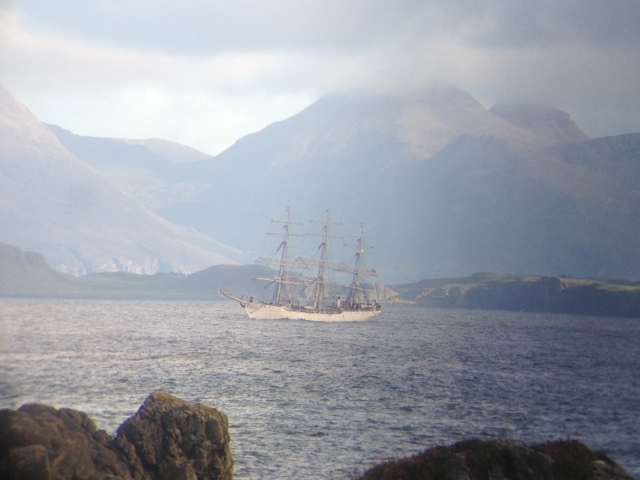 She had been photographed earlier by Kilchoan Early Bird with Muck and Rum in the background.


Many thanks to Alasdair and Andy, the Diary's north-coast lookouts, for warning of her arrival,
and to Kilchoan Early Bird for the picture.
Posted by Jon at 16:59