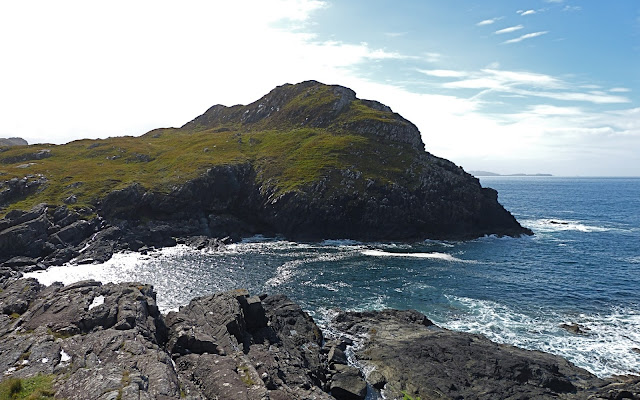 Lst Friday we set out for a fairly gentle walk south from the lighthouse road to Corrachadh Mor (see earlier post here), the headland which is the most westerly point of the British mainland, but the looming bulk of Garbhlach Mhor across the bay called Port Garbh tempted us on, particularly as the weather, which had been dull, had begun to pick up. 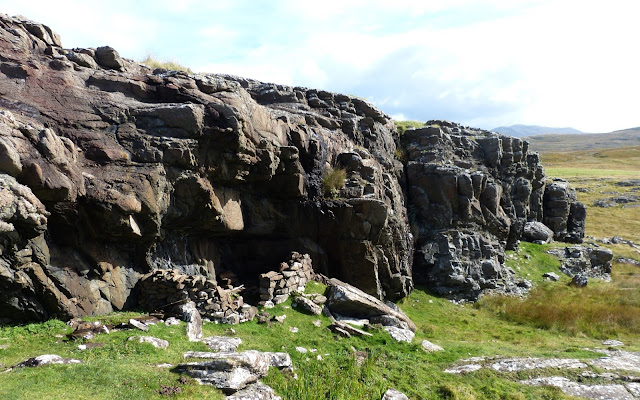 At the base of the cliff which runs up the north side of Port Garb is a stone shelter.  It doesn't look particularly old and has seen recent occupation, judging from the driftwood that has been collected in it, but it's the sort of overhang that might have been used as far back as the mesolithic by the small bands of wandering people who first visited these shores. 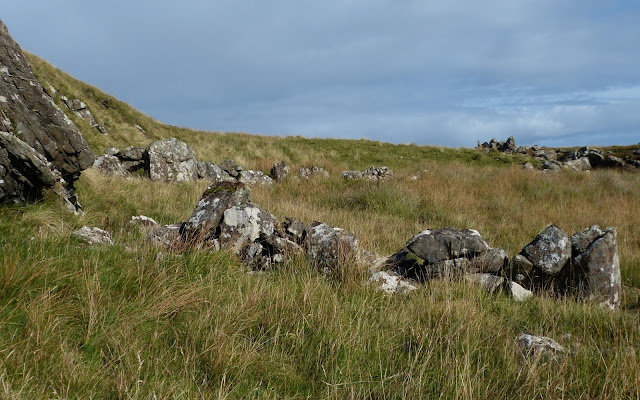 Further back from the bay are a series of stone walls which zig-zag across grassy land which shows signs of being cultivated in the past.  The walls are too low to contain or keep out stock, and they don't close to form a field, so their original use is a bit of a mystery - yet they must have had a use as hours of work went in to building them. 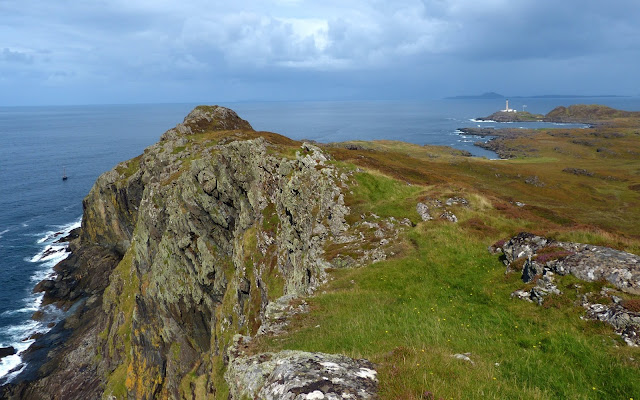 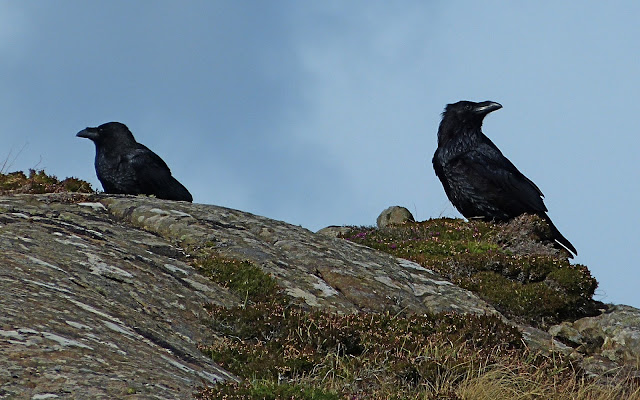 We weren't without company.  As well as scattered groups of sheep and various small birds including pipits and wheatears, we were watched by these ravens. Possibly they were hoping that we would overstretch ourselves and provide them with a meal.  We also saw a female hen harrier working the lower land between the ridge and the lighthouse road. 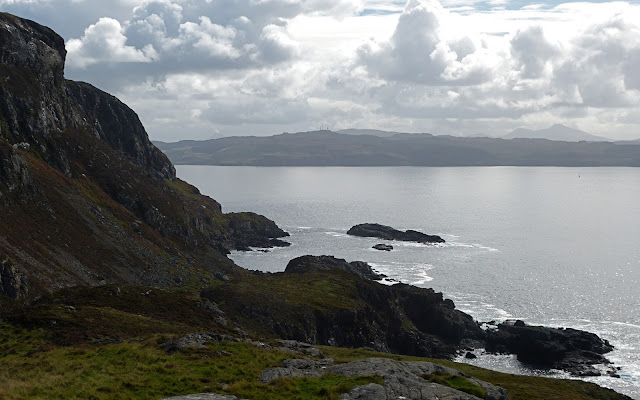 Garbhlach Mhor is a two kilometre long ridge which comes steadily down to the sea.  There's a deep valley between it and a much higher ridge which, although it has a trig point at its summit, isn't named on the OS map.  However, the lochan on the other side is called Lochan Druim na Claise, Druim na Claise meaning, appropriately, the ridge of the narrow valley, so perhaps that's its name.

The valley ends in a dark bay called Port Choinnich, the mossy port, off which lies a small island called Eilean nan Seachd Seisrichean - seachd means seven, and seisreach is a team, usually referring to the team that drew a plough. 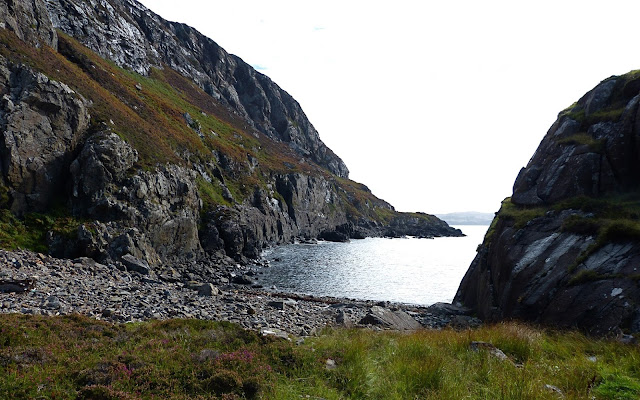 At the back of the bay is a secluded shingle beach.  It's the sort of place one would expect to find some evidence of human habitation, but we couldn't find anything - though there was plenty of evidence of modern life in the form of plastic amongst the seaweed. 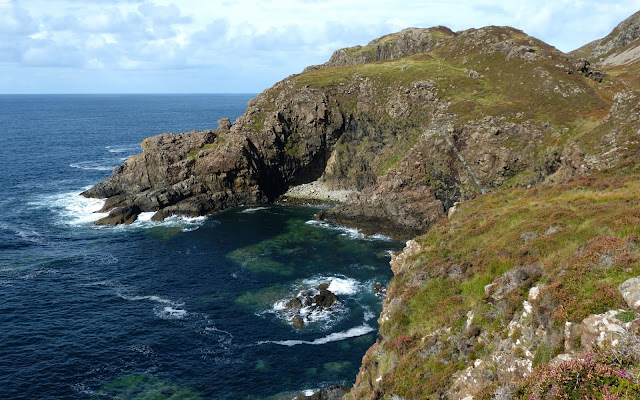 By now we were two hours away from the car so we turned back, climbing back up onto the ridge from where we could enjoy, on our left, vertical views down to the sea below.... 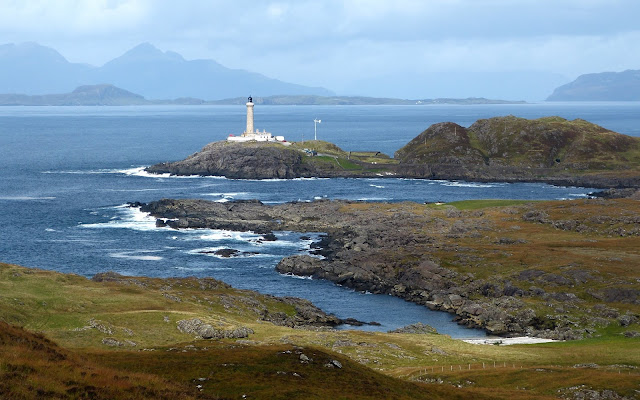