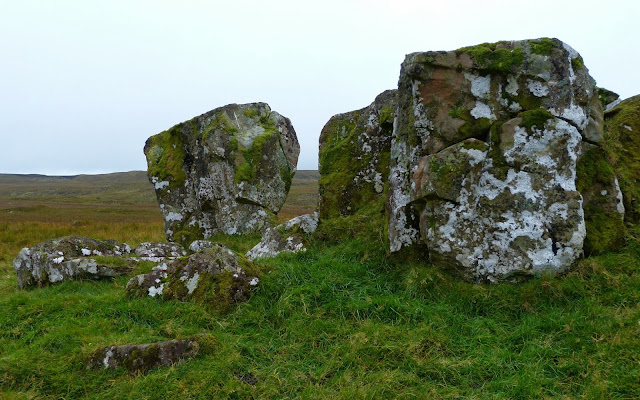 We walked today across the high land that lies between Loch Mudle and Beinn Bhuidhe (see map here).  It's open moorland, divided into long hills by meandering burns, and these hills have outcrops along them which resemble the tors of Dartmoor, except they're smaller. 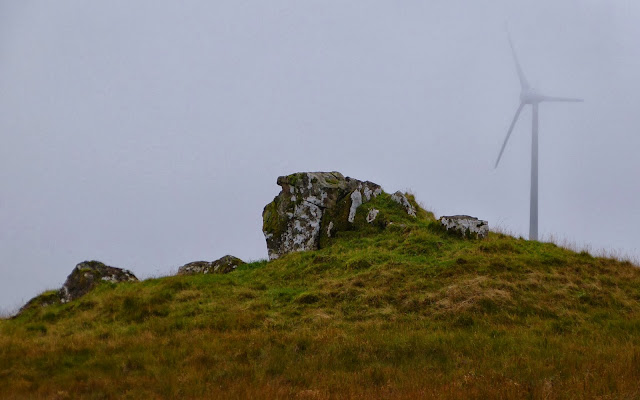 Despite a promising start to the day, the cloud came down and, although it didn't rain much, everything became dark and damp.  We've walked in the area often before, but found that the new wind turbine didn't in any way detract from the grandeur of what is a very different landscape to most of West Ardnamurchan. 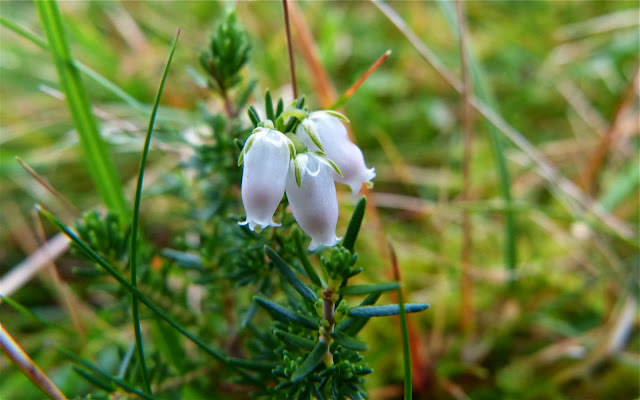 But what made the day very special was finding this, the first white bell heather.  We've found white ling, and we're almost used.... 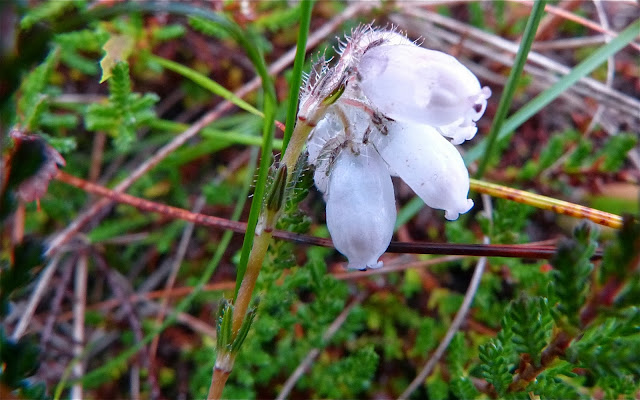 ....to finding white cross-leaved heath, which we did again today (this picture), but the white bell heather really is special.

The Diary has written about white heathers before, and no-one has commented, but we'd love to know if other people have found it, particularly the white bell heather, which is obviously the most unusual in this area. 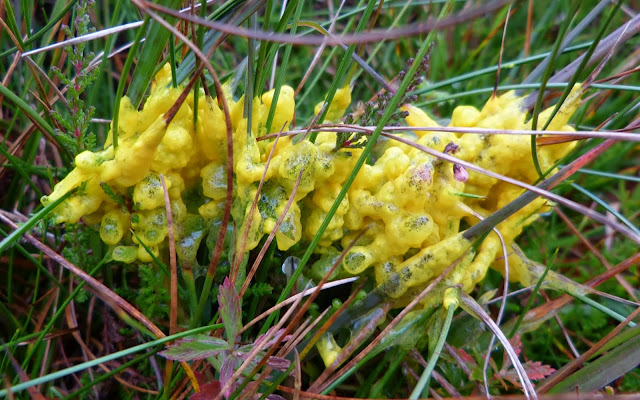 As far as dog's vomit fungus, slime mould or Fuligo septica is concerned, it's the old story of finding something once, and thinking it's unusual, and then finding it by the dozen, which is what we did today.  Many thanks to 'Treshnish' and 'Alistair S' who identified it from an earlier Diary post, here.  It's also been reported now from Portuairk and Sanna.  We're all fervently hoping that it's not spreading to cover the whole area. 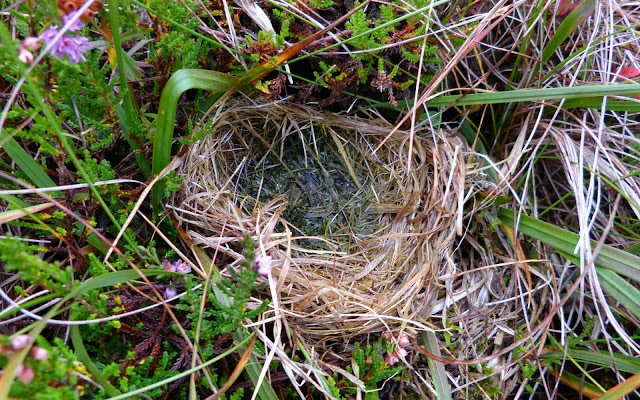 The small birds have finished with their nests for the season, and we found two of them like this one, slightly mouldy and blowing across the countryside.  They're beautifully made, all the grass leaves neatly threaded to form a warm and secure bed. 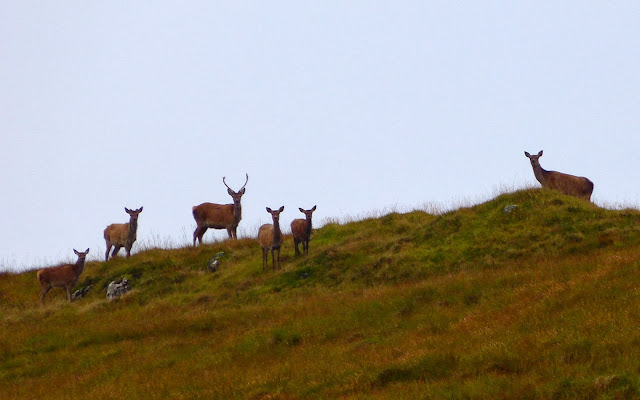 The rutting season has started, and we were watched for one section of our walk by this small group of deer, about a dozen hinds with one stag.  He didn't have a particularly impressive set of antlers so perhaps he's only in temporary charge while the real lord of the glen is hiding safely in the trees.
Posted by Jon at 16:51