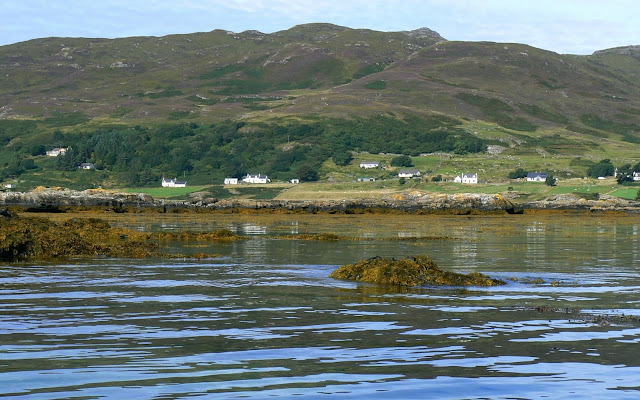 The cultivatable land of the crofting township of Ormsaigbeg runs along the edge of the sea.  It's only about 500m wide, and much of it is steep and rocky.  Each croft, or small farm, consists of a strip about 100m wide running from the shore up to the hill land at the back, where an extensive area of rough grazing is held in common by the crofters.  It's open land, unfenced, and a wonderful area for walking. 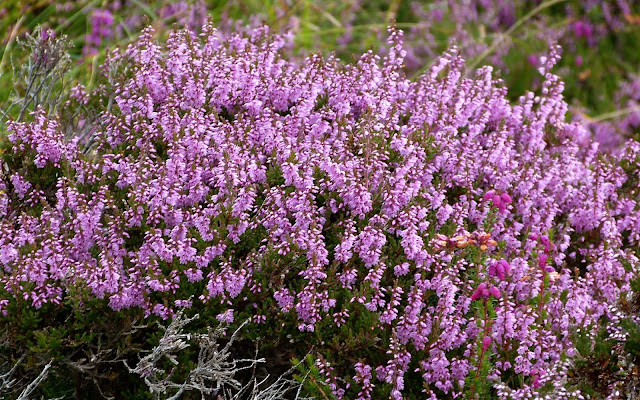 The purple that covers the common grazing comes from this year's flowering of ling, a type of heather.  While most of the ling is now in flower, some isn't: so, come back in a few weeks' time, and the colour will be even more spectacular. 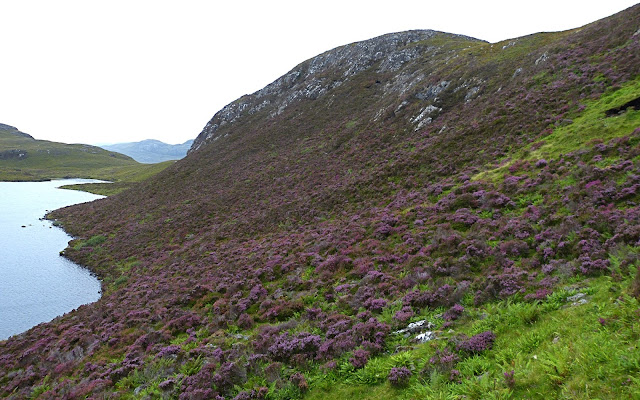 The ridge that runs along the back of Ormsaigbeg - the top picture shows the southern slope - is called Druimm na Gearr Leacainn.  The heather also flowers on the much steeper northern slope, even though it's in shadow for much of the year.  To the left of this picture is part of one of the 'twin lochans', Lochain Ghleann Locha. 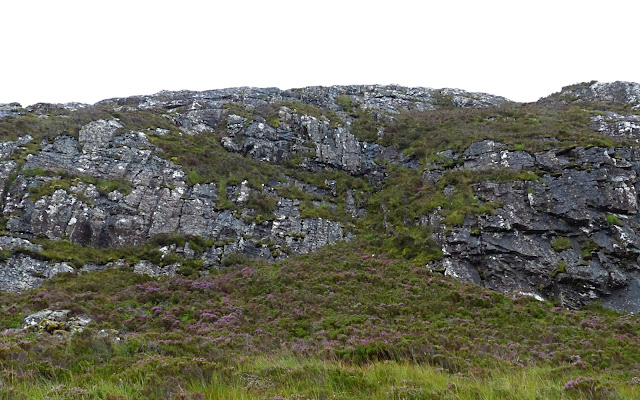 One north-facing part of the ridge is so steep that even the hardy heather struggles to survive on it.  It's a dark cliff face, which was the site of a grim accident in February 1944, when a Hurricane fighter 'plane, flying in zero visibility, crashed into it. 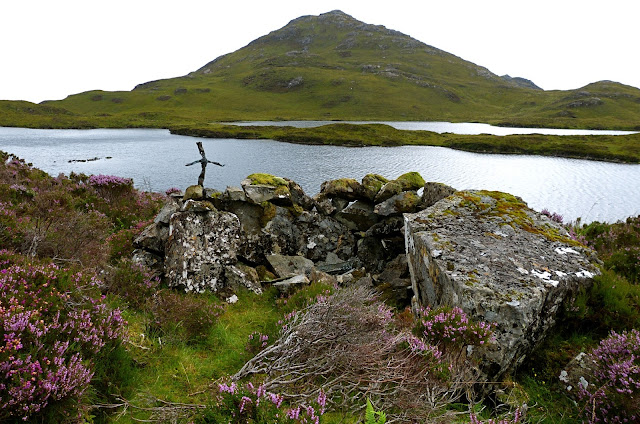 The New Zealand pilot, Fl/Lt A J Woodgate RNZAF, who died so tragically - the story is in an earlier post, here - is commemorated by a small cairn which contains some of the shattered pieces of his aeroplane, including a short section of copper pipe which has been formed into a simple cross. 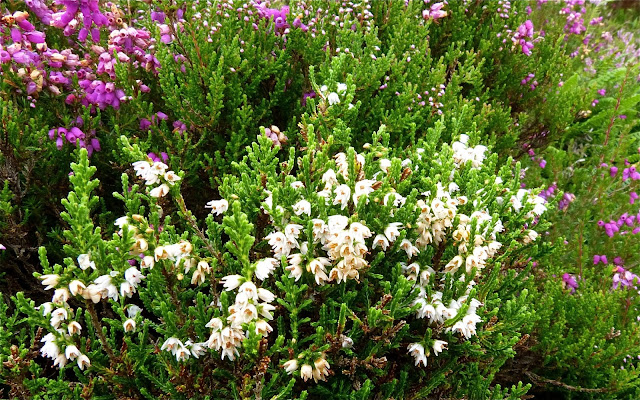 The heather is in bright flower all round his cairn, but near it is the fourth white heather we've found this year.


A map showing the location of the crash site is here.
Posted by Jon at 14:50