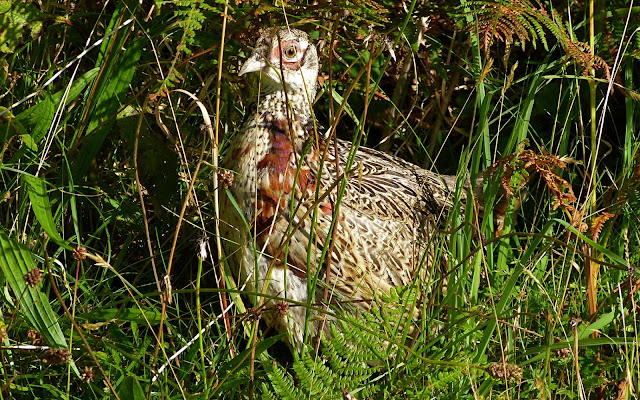 The other day, we were walking along the Ormsaigbeg road when we caught sight of a bird skulking in the undergrowth.  It turned out to be this young pheasant.  We were surprised.  There have been pheasants on the Ormsaigbeg crofts since they were introduced some years ago, but the numbers have been steadily falling and, since they are not good parents, we've seen few young.  So we concluded that, at last, one parent had finally discovered how to rear its young. 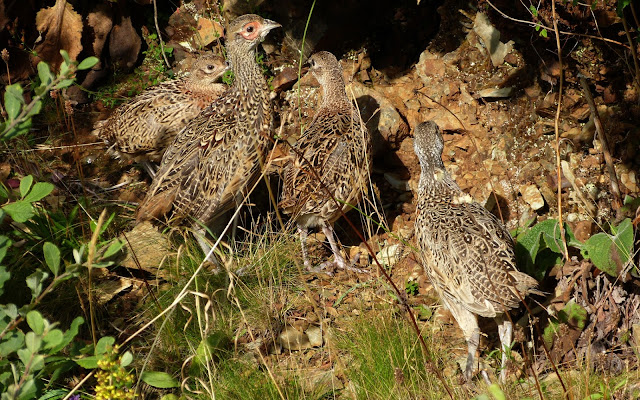 A few days later we saw more - at least seven - and began to think that the pheasant had not only begun to get the idea but was actually making a good job of its parenting.  The young pheasants seemed very tame, quite happy for the Diary to wander up to them and take close-up pictures. 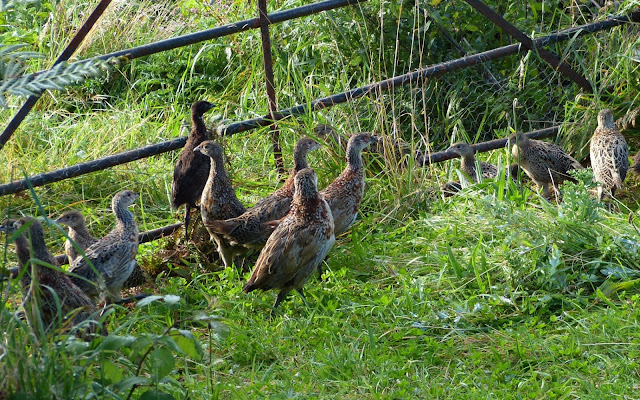 Then, this morning, we saw ten..., twenty..., perhaps as many as fifty crossing the road.  By that time the penny had dropped.  Like all wildlife, the population of each species tends to rise and fall in cycles, and 2013 was obviously the year of the pheasant.  We'd have to learn to live, as we did before, with them coming into our garden, eating the shrubbery, chasing the small birds off their food, waking us with their fights and - worst - standing on our front doorstep to admire themselves in the glass and leaving a large calling card for us to tread in. 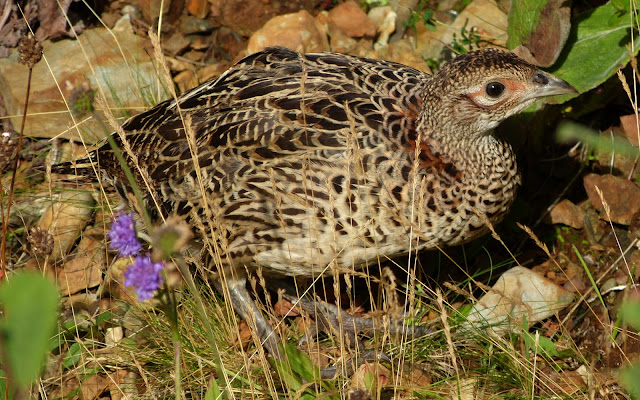 Well, that's what we thought until we talked to Hughie MacLachlan.  Hughie is going in for pheasant breeding as well as pigs.  We might have guessed.
Posted by Jon at 14:37