The Falls of a Burn 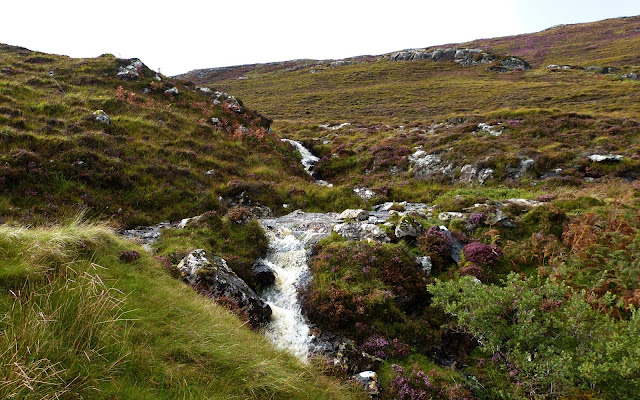 The burn that passes close by our house tumbles over a series of falls in a couple of hundred metres of its course. 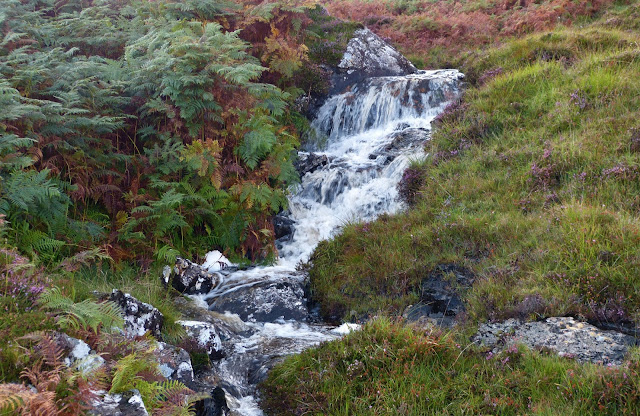 The burn drains a small glen which flows between two hills, one of them the ridge that runs along the back of Ormsaigbeg, Druim na Gearr Leacainn.... 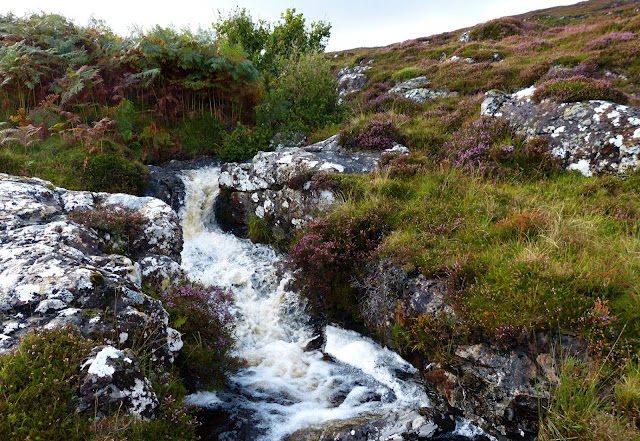 ....the other the lump of a hill which dominates the western end of the township, Maol Buidhe. 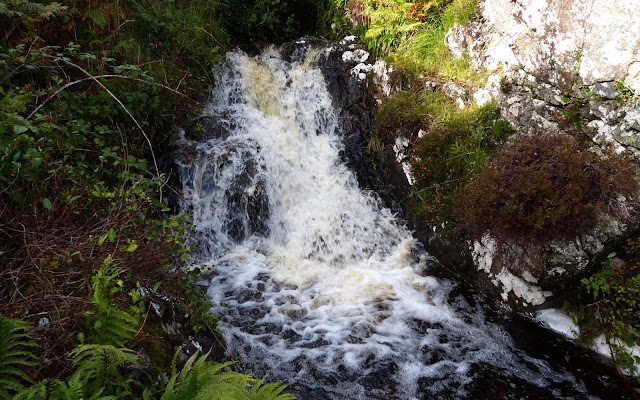 Most of the falls are created where the burn tumbles over small scarp-like features which run along the hillsides.  They're formed by hard igneous rocks in ring dyke structures which cut older and softer Jurassic limestones. 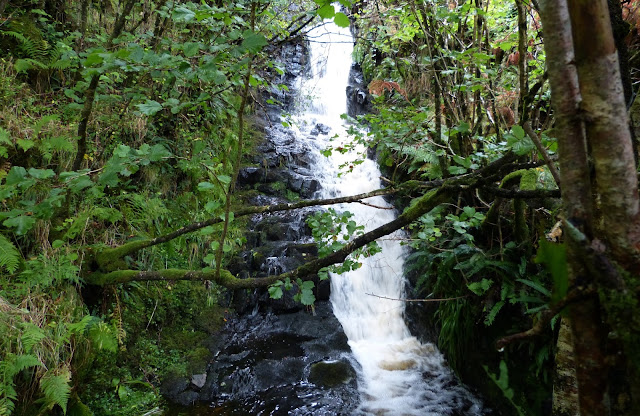 These pictures were taken a few hours after a spell of particularly heavy weather over last weekend.  This brought over 40mm rain within twelve hours.  The water which runs so quickly off these hills is stained brown by the peat which clothes their flanks.
Posted by Jon at 16:36