Wildlife in the Storm 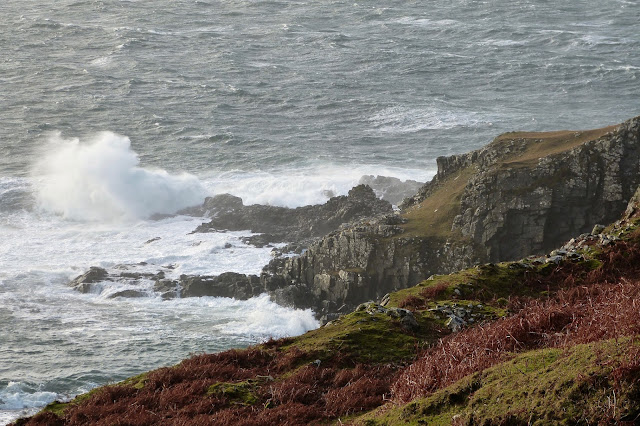 Like Gertrude his predecessor, Storm Henry is a southwesterly so he's not hitting us on the south coast of Ardnamurchan as badly as he will be the western end of the peninsula and the north coast. That doesn't mean the waves at the end of Ormsaigbeg aren't spectacular, nor that we aren't getting some gusts which roar through like an express train battering everything in their path - we are. Henry is brutish, elemental, but he's holding his worst for the hours of darkness - the forecasts for later tonight suggest wind speeds may touch hurricane force. 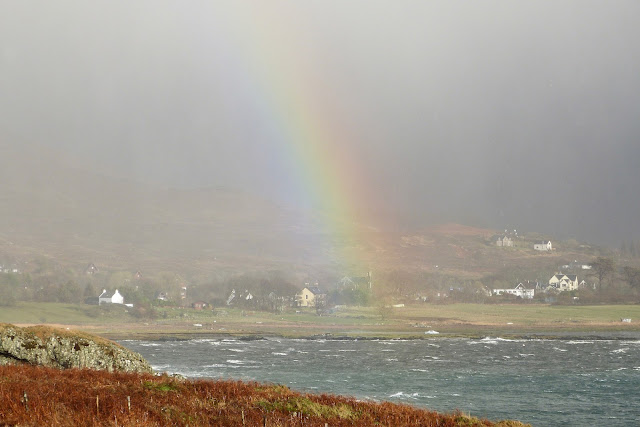 Meanwhile, we've had hail and rain, and in between, a watery sun struggling to assert itself through a pall of spray, hence this short-lived rainbow which appeared over Kilchoan Bay soon after lunch while we were walking down to the shop to collect our paper. 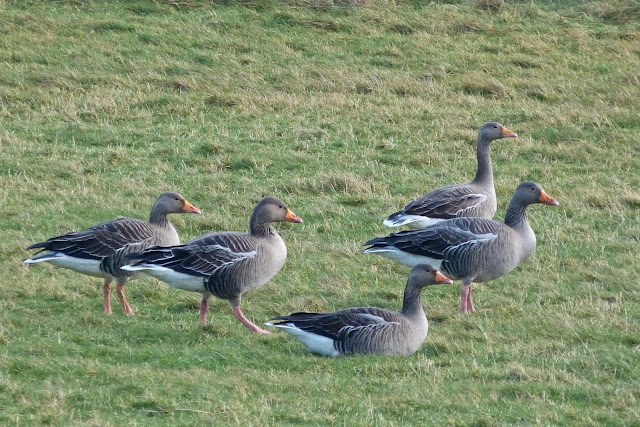 Normally the greylag geese which are often in one of the fields would get up as we pass but, wisely, they didn't today. 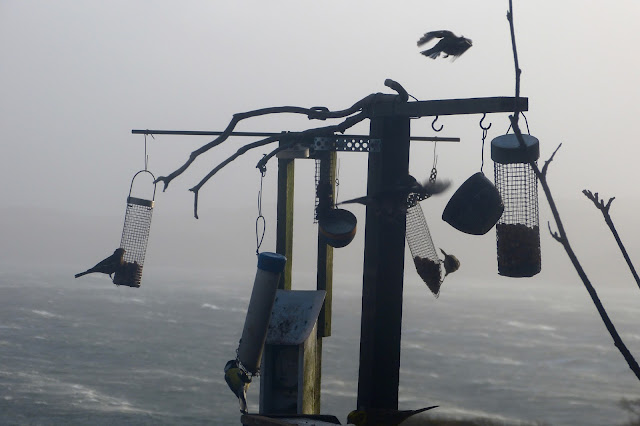 If the geese can stay on the ground, the small birds have to forage, and their aerobatics are impressive. This was taken during a gust which was probably hitting gale force. However, if any of them make a mistake.... 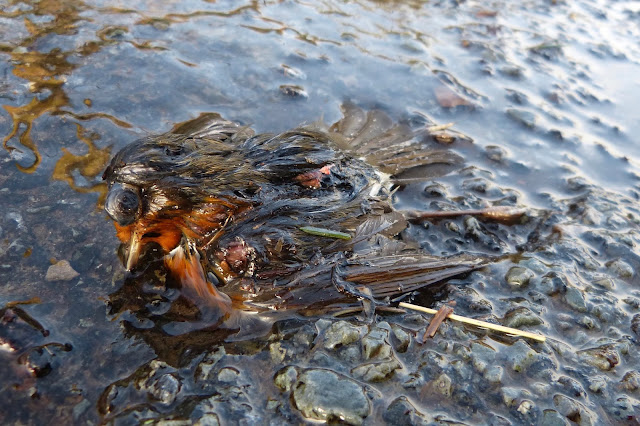 ....the consequences can be dire. This, we fear, is one of our robins lying on the road by our front gate. He wasn't there this morning.
Posted by Jon at 15:11