While we were enjoying Beinn na h-Imeilte yesterday, the Raptor was climbing the hills at the back of Sanna, where he shot this panoramic view of the township. 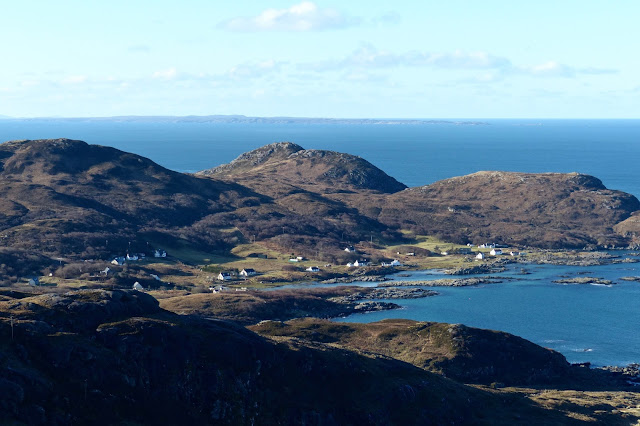 Such is the magnetism of Portuairk that he couldn't resist taking a shot of it as well, showing it from a slightly different perspective from the one we had - but still with a proportion of its houses in shadow. 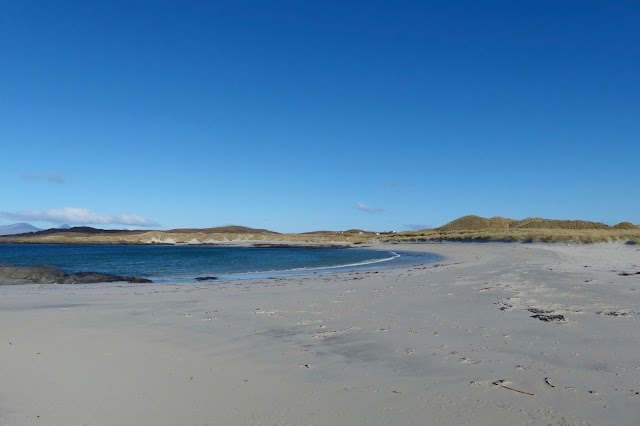 Having climbed the heights, the Raptor then walked Sanna's pristine, empty beaches, where he took this picture. It's enough to make any Caribbean beach resort green with envy. 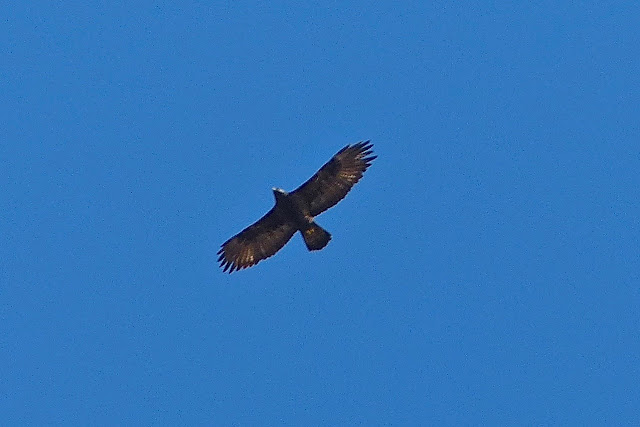 But the Raptor's main interest flies above him. Eagles seem to have the same relationship to him as fleas have to the rest of us - they go wherever he goes.  These pictures are of a pair of golden eagles he spotted above Glas Bheinn on Friday lunchtime when he was walking home from work. 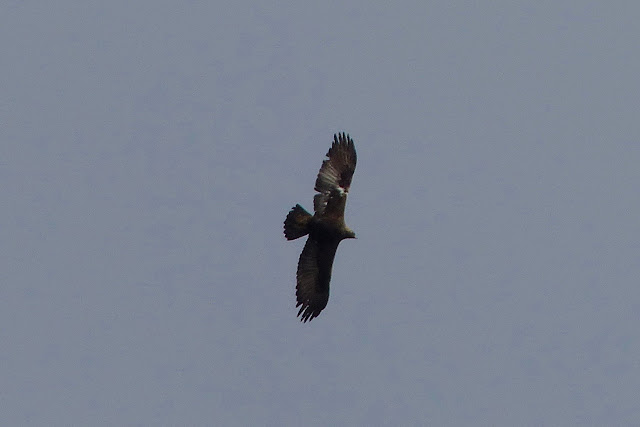 The Raptor writes, "I hurried into the house for my spotting scope, and set it up in the back garden. After a few minutes the male (lower picture) started moving towards me, them the female followed. Now I believe they did this as I had four dogs with me in the garden and I'm sure they came over to have a look. They circled directly above the house for about ten minutes, at times coming quite low for goldies, then away up high. Eventually, they moved away to the west."

Many thanks to the Raptor for pictures & story.
Posted by Jon at 14:13