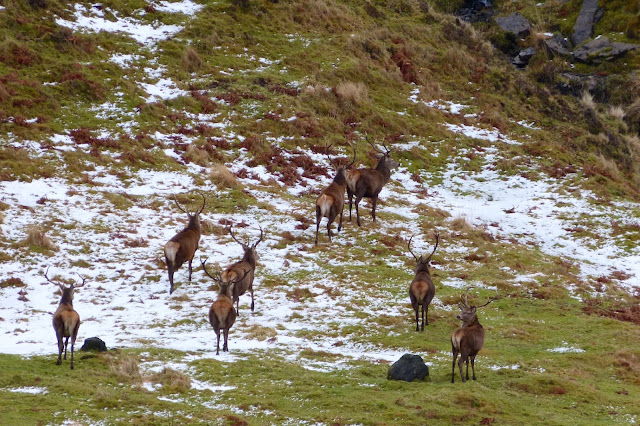 Most of the red deer stags we see while out walking at the moment are still proudly carrying their antlers. Once the rut is finished these cease to have any use for fighting - we don't even see the stags sparring - so presumably they're kept for some other reason, which may be the very male thing of posturing to their mates.

At this time of year the stags are going round in bachelor groups some of which are very large. The largest group we've ever seen was during last September - blog post here - when we saw over fifty together. 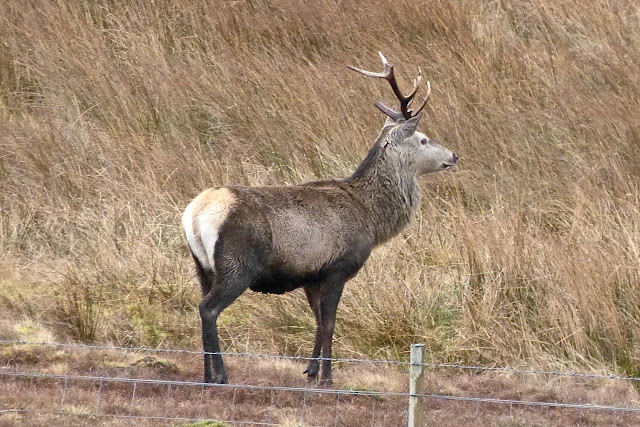 So it was a little surprising to see this fine stag all by himself yesterday - until we noticed that his antlers were a little.... sad.  His left antler is broken off about 6" above his head, and the right one is a bit worn.

Perhaps he's so ashamed of them that he'll remain an outcast until they're shed in March/April and he can grow new ones in time for this year's rut.
Posted by Jon at 17:18