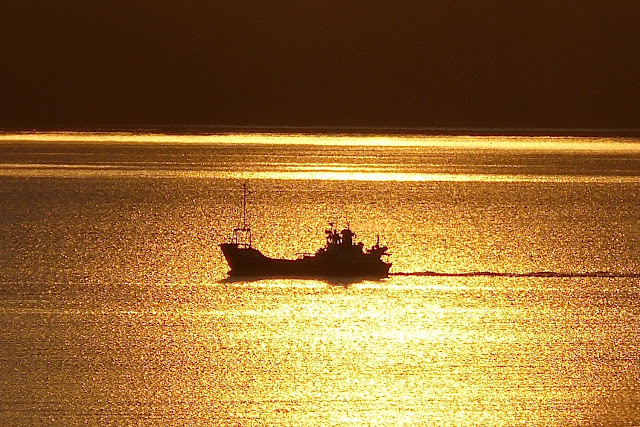 We enjoyed a truly golden sunrise this morning, with the Raasay very conveniently moving through its reflection on its early sailing, and.... 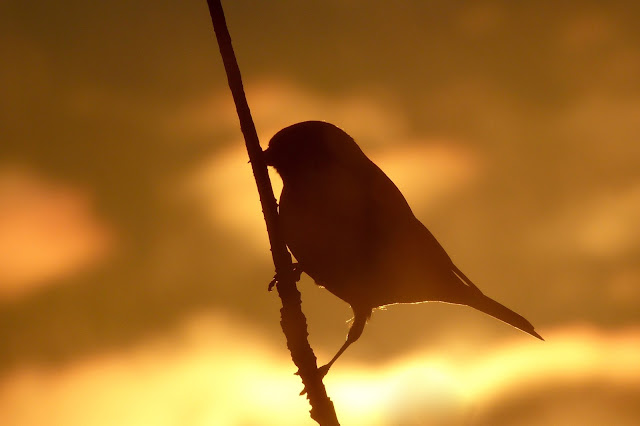 ....a chaffinch perching for a moment on a twig as he arrived at the bird feeding station for his breakfast. 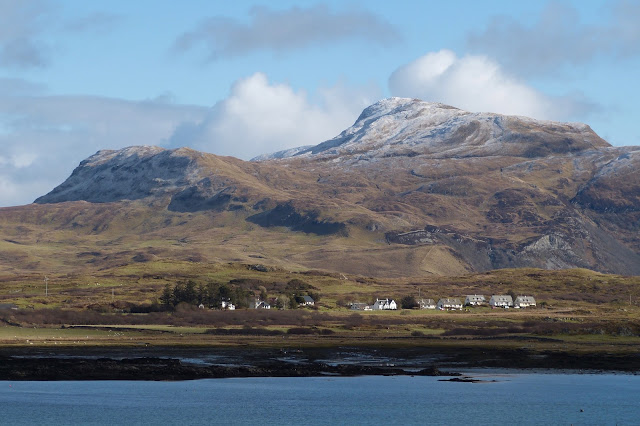 It rained and sleeted and hailed and snowed overnight, with the temperature plummeting just before dawn so we had a hard ground frost by sunrise. Many of Ardnamurchan's hills had a cap of snow at first light, much of which quickly melted as the sun warmed up, but.... 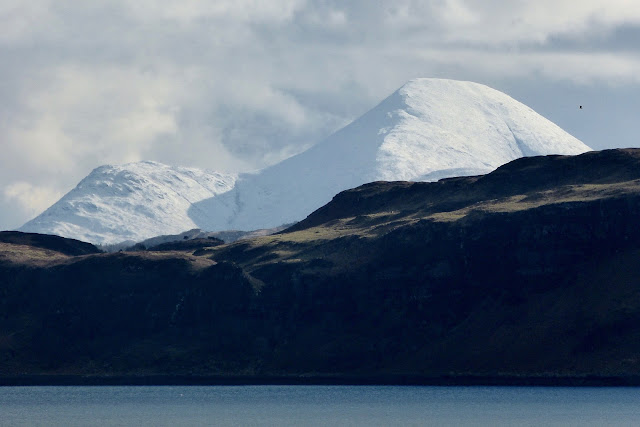 ....the snow was much heavier elsewhere, with Acharacle reported to have an inch or so, and a thick coating on some of the hills of Mull - picture shows Beinn Talaidh seen across the Sound. 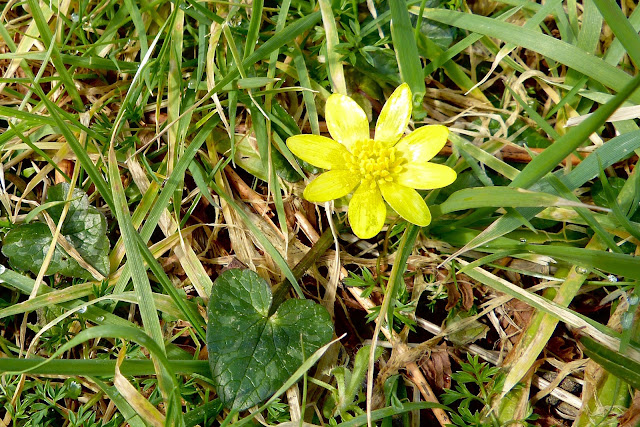 To our surprise, we found several very early lesser celandines in full flower in the verges along the Ormsaigbeg road, and, even more surprisingly, saw.... 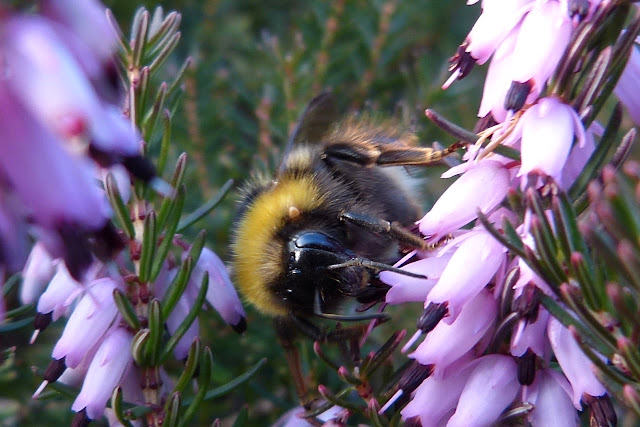 ....the first bumblebee of the year, a lone buff-tailed bumblebee who was feasting on heather in our front garden which, being a bought plant, seems to enjoy flowering through the latter part of the winter, much to the pleasure of the first insects.

But - look closely at the bee. I think he has a passenger on his shoulder.
Posted by Jon at 14:54