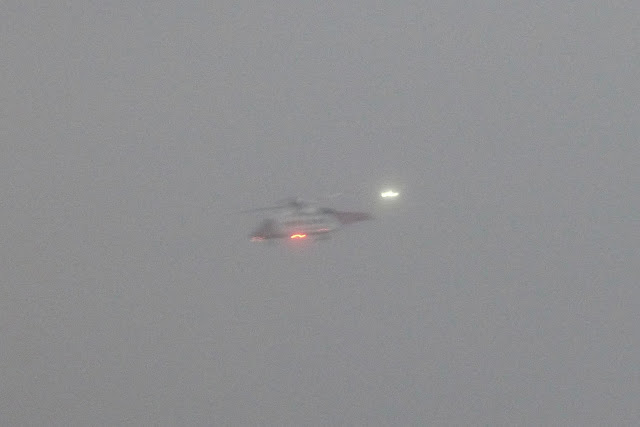 It's as if someone flicked a switch and the weather changed, from the glorious sunshine and light breezes of the past few days to.... normal service.

So when the thud-thud-thud of rotor blades drew us to the window to see the Stornoway Coastguard Search & Rescue helicopter passing over Kilchoan just after 7.45 this morning, it was barely visible in the murk, and things were little better.... 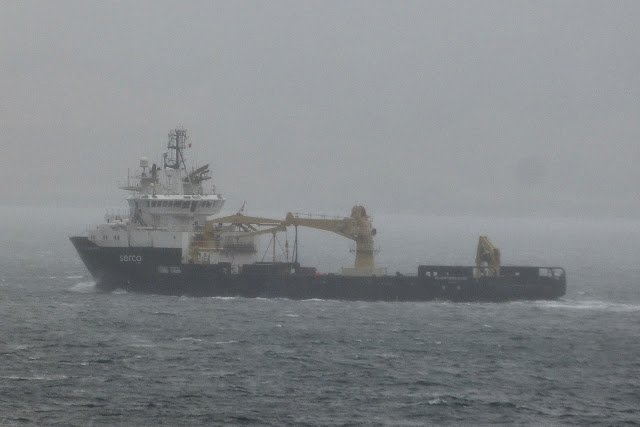 ....at three this afternoon when the SD Northern River passed down the Sound on her way to Greenock. She's Serco's largest vessel, and described as a "multi-purpose auxiliary ship" whose duties "involve target towing during naval training exercises, noise ranging and data gathering, as well as serving as a submarine escort." In this, there's little chance of seeing a submarine, even if it was on the surface and waving at us. 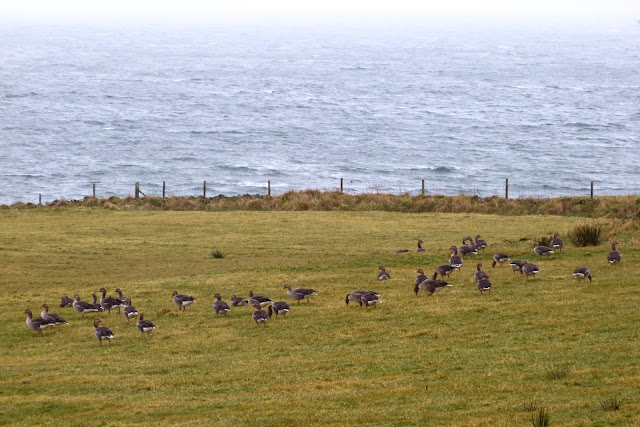 All of which doesn't bother the local greylag geese in the least. Their only worries are the occasional passers-by, like us, and some of the local crofters who would rather they didn't eat what little grass remains in the fields.
Posted by Jon at 15:31