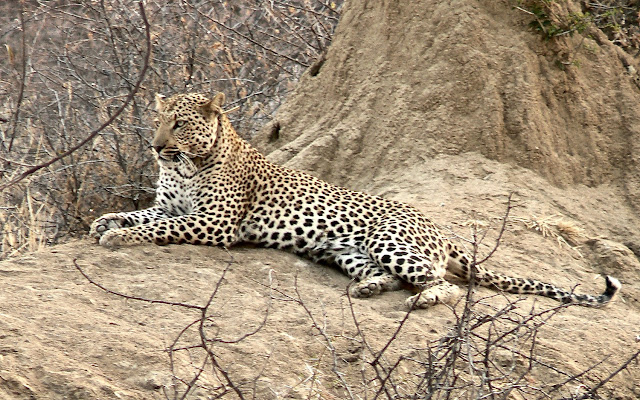 African safari brochures tempt you with promises of the 'big five' - lion, leopard, elephant, rhino and buffalo. These days, most are easily arranged: although you can't see it, this Namibian leopard lives in a large, fenced area and was easily found by our guide because the animal was wearing a radio collar.  Happily, I have seen all five in the real wild, and the leopards were by far the most difficult to find.

It's a pity that the phrase 'big five' was coined, because there are so many other African animals that could be included. For a start, one of Africa's most beautiful animals, the cheetah, really should be in the 'five'. 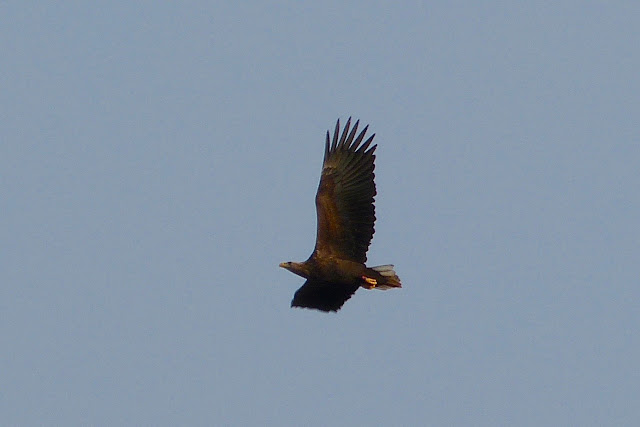 So what about Ardnamurchan's 'big five'? This is a mature sea eagle, a species which had to be reintroduced from Norway because we'd exterminated it here, but it is very spectacular and has to be one of the five.

Then there's the golden eagle, a species which did manage to survive the attentions of the nation's gamekeepers and egg collectors. So that makes two. 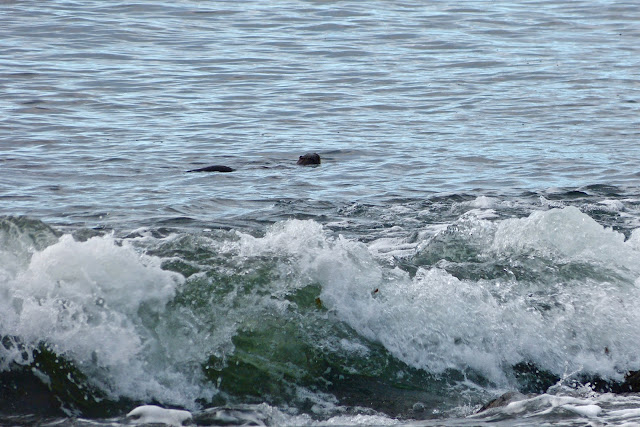 One of the very special species here on Ardnamurchan is the otter, relatively easy to find because it's more often seen in the sea than in a stream or river. It's so special because watching this animal is such a pleasure: it's an animal which enjoys life, which has a sense of fun and, however old, is often seen playing. 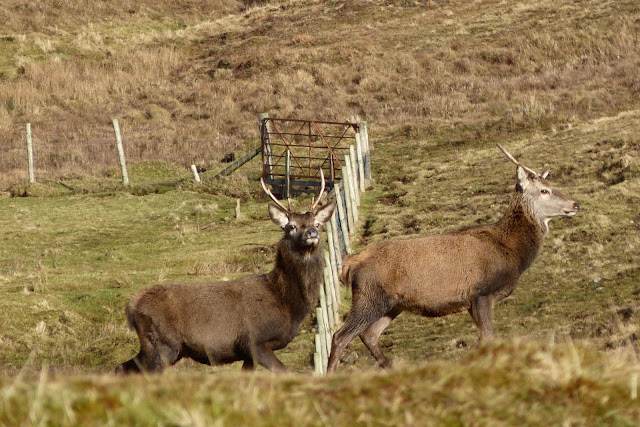 The red deer, a native species which has been preserved and bred to perfection because rich people like to shoot it, must be Ardnamurchan's number four.  After that, we should include the pine marten, another beast which faced extermination. It is rather pretty, and fun to watch, though it's now proliferating to the extent that it's a nuisance. 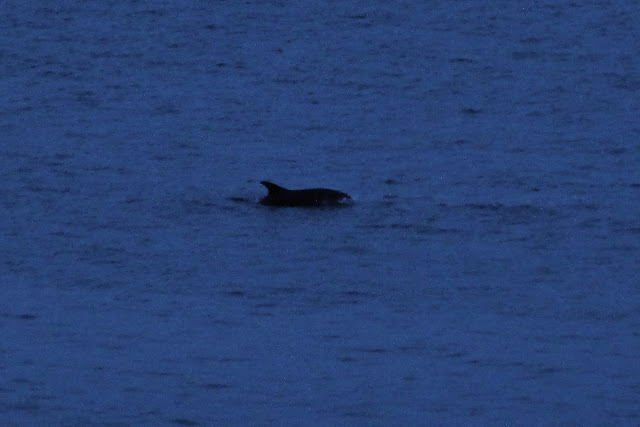 Oh - but all these are land animals.  What about dolphins, whales, seals...?

Why did these thoughts come to mind? Well, the four Ardnamurchan pictures here were all taken yesterday, the first three on our walk, and the last at half past five in the evening when it was almost too dark to see - but just light enough to watch a pod of dolphins passing the bay below our house, several of them leaping high out of the water.


Many thanks to Alasdair Thornton for drawing our attention to the dolphins.
Posted by Jon at 11:56