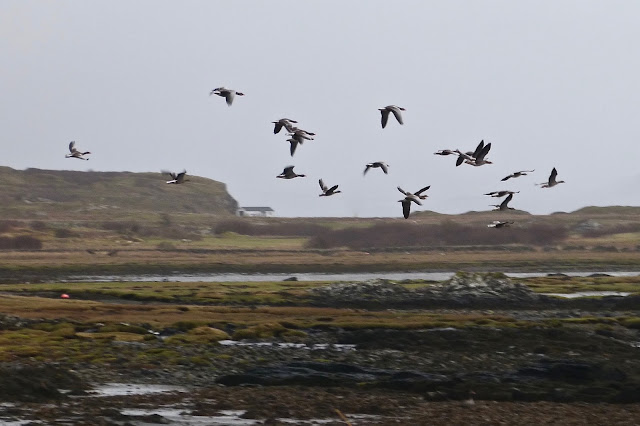 The greylags are flying again rather than shuffling round the field hoping it won't be necessary to take to the air, so they've survived the storm. The wind speeds over the last few days have been impressive. Dominic Cooper at Swordle recorded 89mph last night at around 8.00pm but complained that he hadn't had any 'good speeds' as the direction, in the west, left his anemometer in the lee of the adjacent dun. Bear in mind that anything over 72mph is hurricane force. 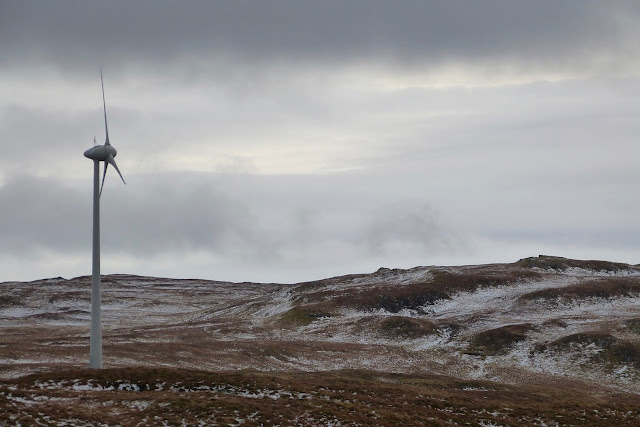 Eamonn Coughlan, Ardnamurchan Estate's Renewables Officer, has sent me some readings from the anemometer on top of the Beinn Buidhe wind turbine. Gusts there hit 54.6m/s, or 122mph yesterday, but were even higher on the 29th during Gertrude, at 58.3m/s or 131mph.

Another speed I have been sent was from Graham Crerar at Sanna who reported 77mph there, also  on the 29th during Gertrude. 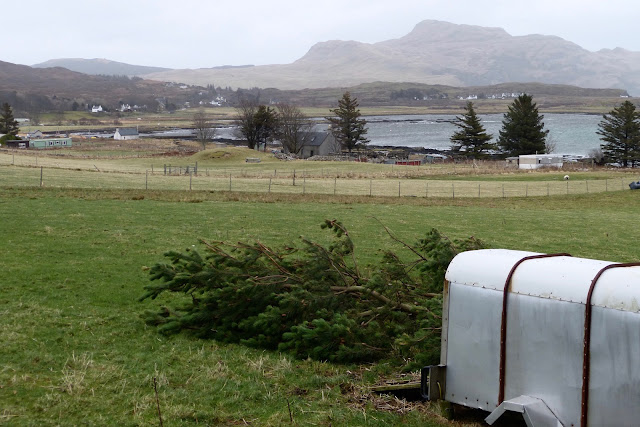 Yet there has been remarkably little damage around the peninsula, the worst of which was caused not by the wind but by the occasional lightning strikes, which have taken out electrical equipment including routers and cordless telephones. The occasional tree has come down, and the big plant pot in our front garden was knocked over, but considering the speeds in some of the gusts and the duration of the two recent storms one would have expected much worse. The peninsula must now be stripped of just about anything that an up-to-100mph storm can damage. 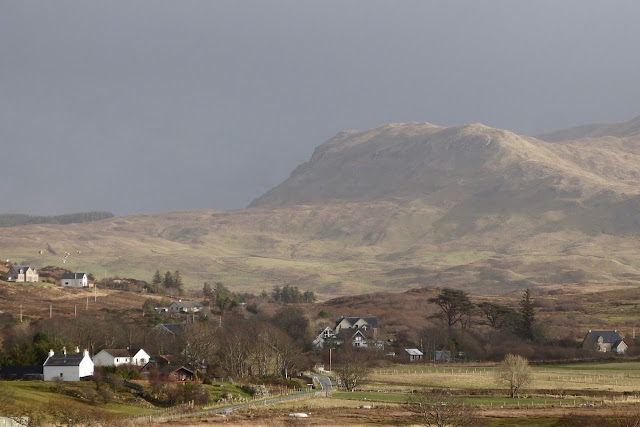 The winds finally began to die back this morning, and by lunchtime a watery and apologetic sun was beginning to show his face. This picture looks from just above the shop in Ormsaigbeg towards the centre of Kilchoan, with Beinn na h-Urchrach rising behind village. 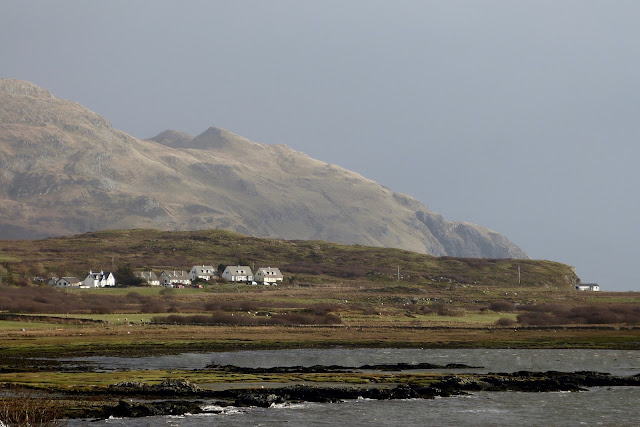 The air is still hazy from a thin mist which I can only think is spray which, having been whipped off the wavetops somewhere way out in the Atlantic, still hasn't managed to make it back to earth. This picture looks across Kilchoan Bay to Pier Road and, at right, the Coastguard station, with the twin peaks at Stellachan Dubha behind them.

With the wind in the northwest it feels distinctly colder, and hail showers are beginning to come in - which probably means more lightning and consequent router problems.


Many thanks indeed to Graham, Eamonn and Dominic for sending me the wind speed readings.
Posted by Jon at 16:28