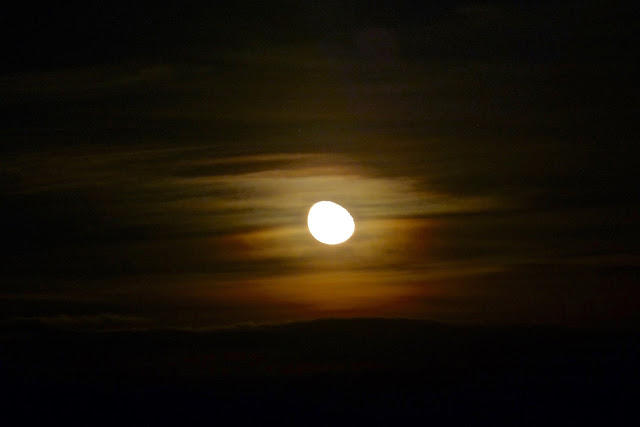 A waning moon rose at half past ten last night, lifting through thin cloud over Morvern into a clear sky which, by first light this morning, had brought a hard frost. What followed has been a truly beautiful day, the sort of day which more than makes up for the gales and grey skies, a perfect day.... 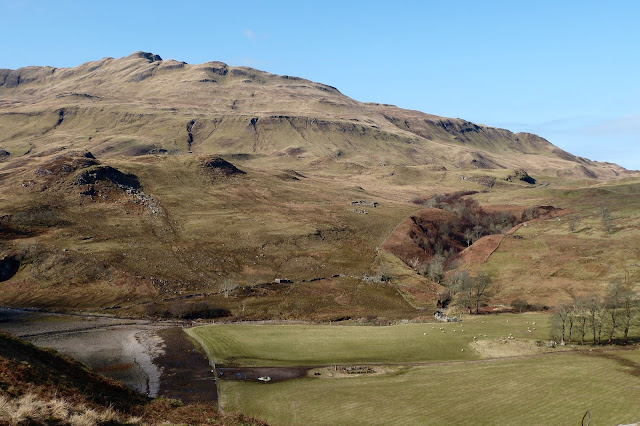 ....for members of ACA, the local archaeological society, to visit Camas nan Geall for an afternoon's work, firstly.... 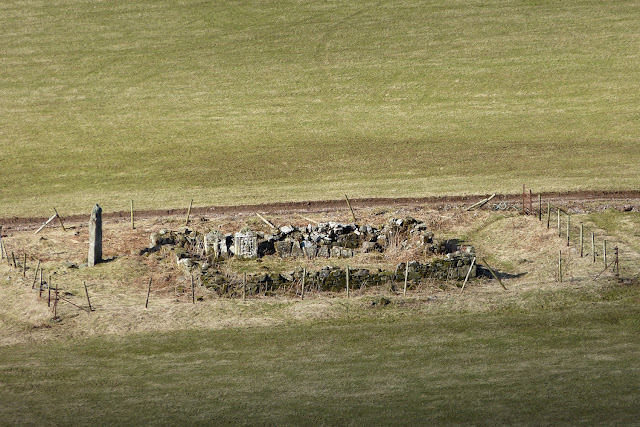 ....on the 18th century Campbell graveyard which includes, on its seaward side, a fine bronze age standing stone. We had two jobs that needed doing, firstly to draw a reasonably accurate map of the site to form part of our submission to Historic Environment Scotland to allow us to replace the broken fence, and secondly.... 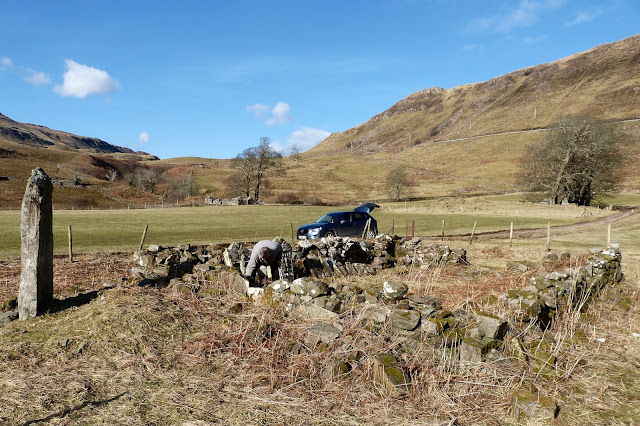 ....to tidy the site before the flags and bracken wake up and smother it. We have to be careful what we do here as it is a Scheduled Monument, and the structure itself mustn't be touched - so, for example, we can't remove the moss which covers the faces of the gravestones. 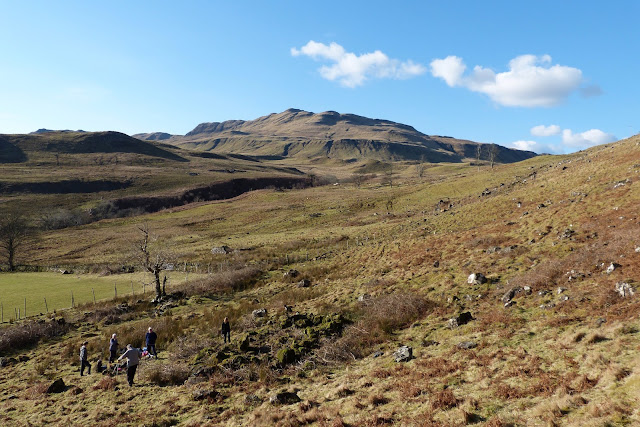 The other half of the group cleared a site which is outside Camas nan Geall's two Scheduled Monument areas. It's at the bottom of the steep slope that leads up to the road but within a few metres of the main area of fertile land, the perfect place for a farm house. 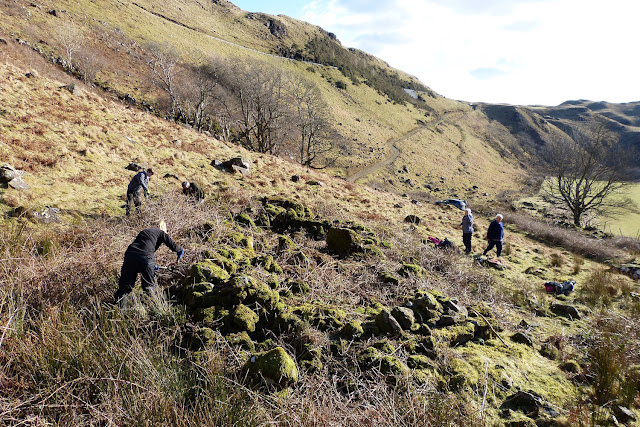 It's a stone-walled building which we identified a couple of weeks ago as being unusual in that it is built of some massive rocks and has ends which are rounded. Clearing the tangle of brambles enabled us to draw a sketch map of the structure which might help us to obtain an identification of what it was - one member suggested a church. 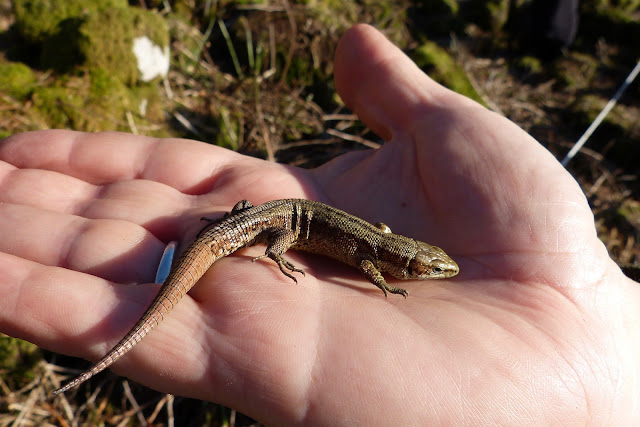 The afternoon was so warm that we found a lizard basking in the sunshine amongst the rocks. The temperature must have been marginal as it was almost comatose, and quite happy to enjoy the added warmth of a hand. 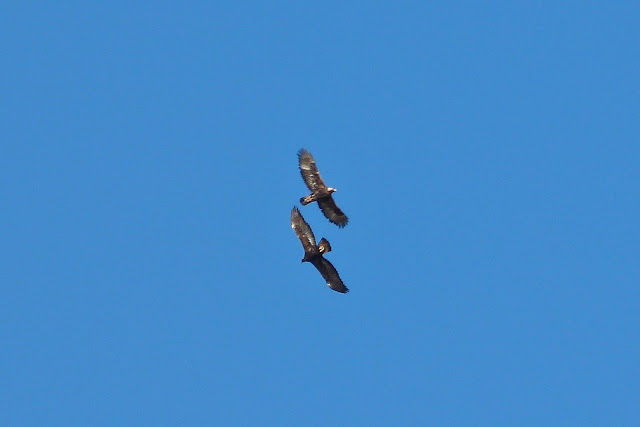 As we worked, a pair of golden eagles soared high above us in a mating display, swinging round and round and passing each other again and again, watched against a gloriously blue sky. 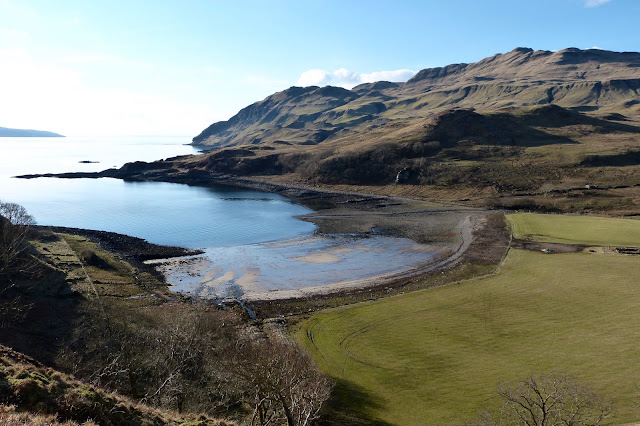 The trouble with afternoons in February are that they are short, so by half past three the sun was sinking towards the horizon and we were making our way back to the cars. But we had one further pleasure to enjoy.... 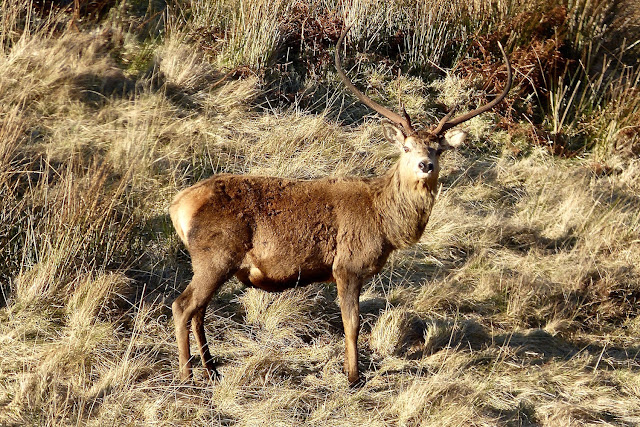 ....a fine red deer stag near Loch Mudle who watched us watching him until he became bored and stalked away.
Posted by Jon at 17:10