"From my window, north: winter" 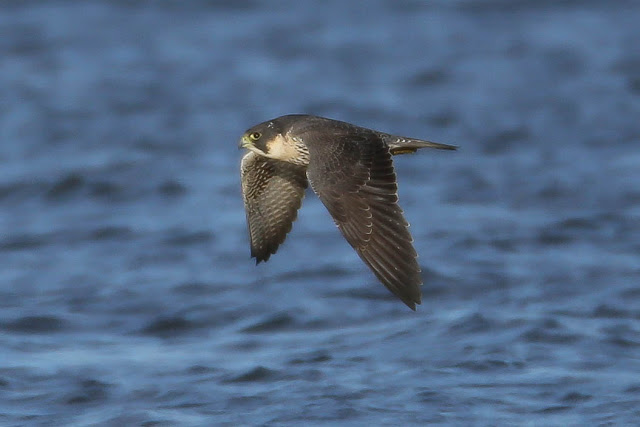 Congratulations to Dominic Cooper, who lives at Swordle on Ardnamurchan's beautiful north coast, on the publication by the New Statesman of his poem "From my window, north: winter" - read it here.

Dominic is an award-winning novelist for his "Dead of Winter", and has written other novels including "Men at Axlir" and "The Horn Fellow". His latest novel, "Sunrise", was published in 2015. He is also the peninsula's clock and watch mender.

Dominic points out that the magazine accompanied his poem with a photograph of a goshawk. Peregrines live on Ardnamurchan and we see them fly - but usually too fast for my camera - so this picture is borrowed from Edwin Anderton on Flickr - here - who, as with all the Diary's pictures, allows his photographs to be used under the Creative Commons ShareAlike scheme.
Posted by Jon at 12:37

Email ThisBlogThis!Share to TwitterShare to FacebookShare to Pinterest
Labels: literary