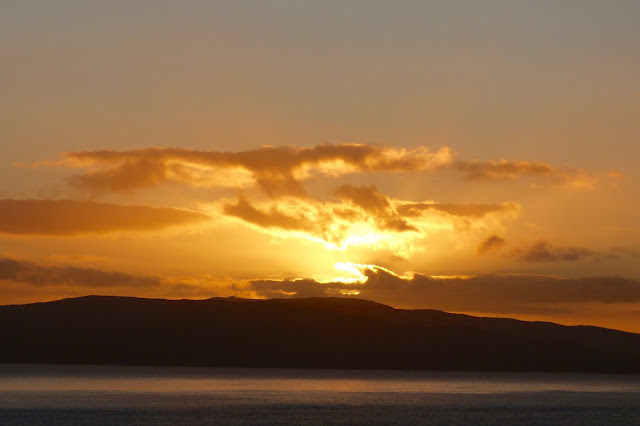 This morning's volcanic sunrise followed a night of clear skies and light winds which brought a ground frost and the promise of sunshine through the morning, so we were off into the hills as early as possible.... 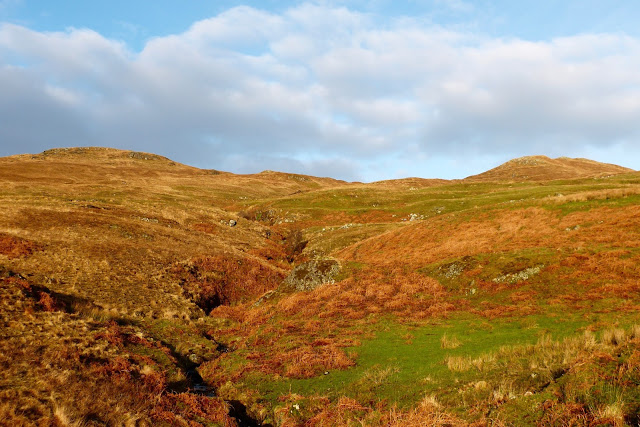 ....starting from the road near the Caim sheds and working our way uphill. With sunshine such a scarce commodity recently, the intention was to keep on the sunny side of the hill, so we headed for the low peak at right in this picture, following the burn to begin with, which.... 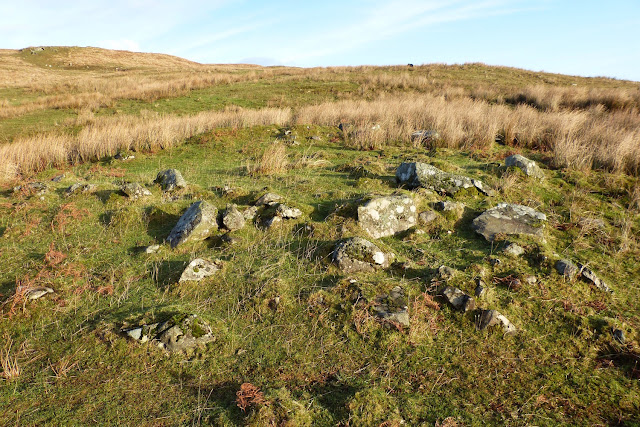 ....took us past this archaeological site. On a small knoll, it's loosely called a 'stone circle', and it could be the remains of a kerb cairn, a burial mound, or it could be a bronze or iron age hut circle, with the latter the more likely. 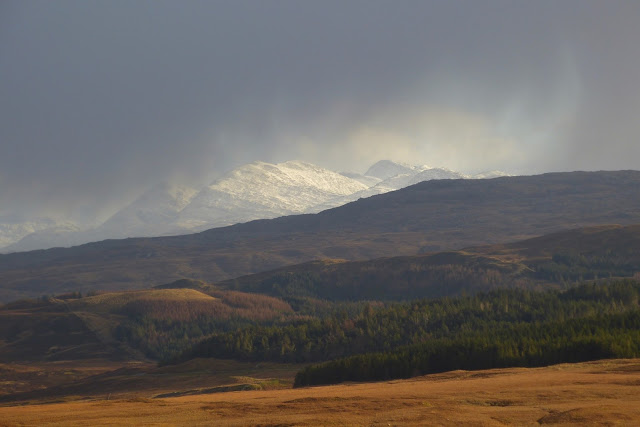 As we climbed a cool northwester began to make itself felt, and very soon it began to bring in dark clouds and hail showers, one of which.... 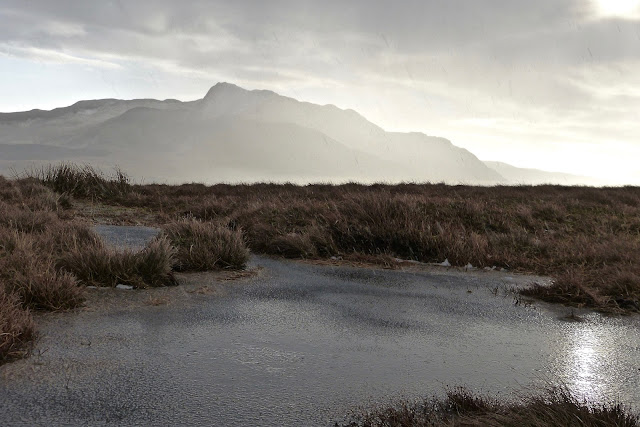 ....coincided with our reaching the first summit, where a peat pool had a thin covering of ice onto which the hail froze as it landed. 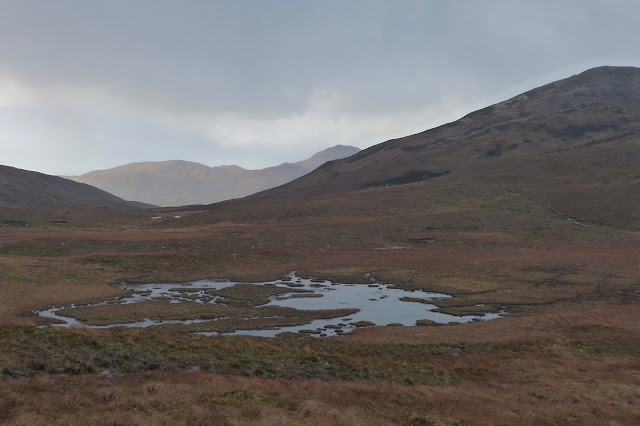 From here, we looked into the next glen in which a boggy lochan, Lochan Clach a' Chorrach, forms the source of the Abhainn Chro Bheinn, the burn which runs along the north side of Glas Bhienn and supplies Kilchoan with its water. The peak in the right distance is Beinn na Seilg. We followed the ridge southwestwards for a kilometre or so before turning back towards the car. This picture looks across the wide glen of the Allt Choire Mhuilinn to the land which was once worked by the clachan of Skinnid, its rich fields supporting one of the largest populations of any clachan on this end of the peninsula. 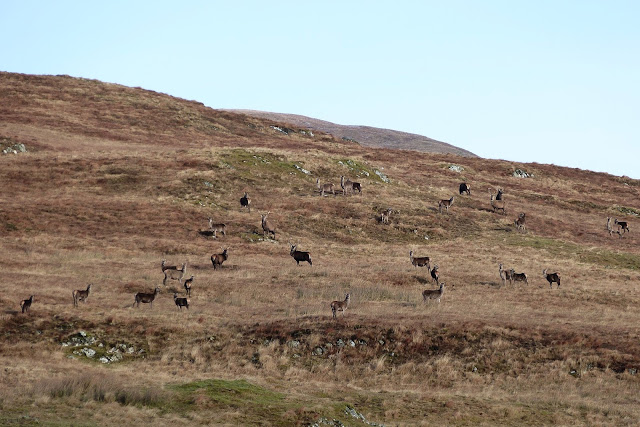 Had it been warmer, it would have been an ideal day for sitting and watching deer. Almost wherever we went we saw red deer, mostly separate herds of stags and hinds with their calves, but in this big group they were mixed.
Posted by Jon at 16:01