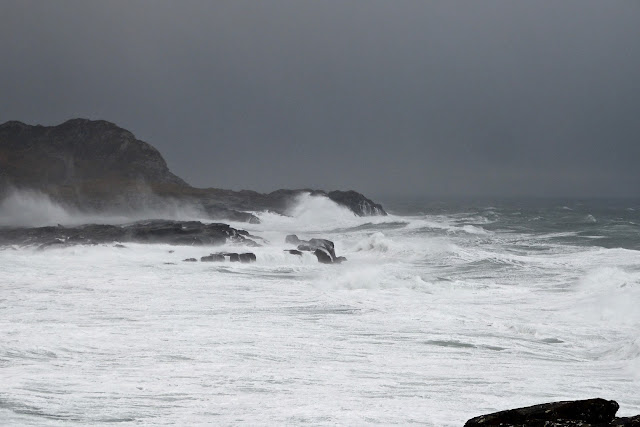 There isn't always time to process the pictures taken when there's an event like a storm, which is obviously of most interest if it's reported as soon as possible. So it was with Storm Gertrude, when the Raptor and I went to the lighthouse to experience its full fury.

I took something like fifty pictures, many of which were ruined by spray on the lens.  Of those that were left, two were published, but several others were good, including this one which gave some idea of how the bay to the immediate south of the lighthouse was turned into a mass of boiling foam. At one point a cormorant or shag flew across it and, to the raptor's concern, suddenly disappeared. It didn't reappear. 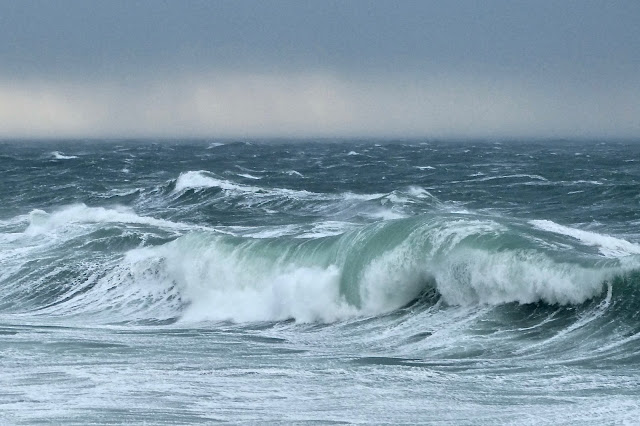 The abiding impression looking back on a storm, whether one is in a house or outdoors, is of the terrific noise. Outside, one may get buffeted by the wind and soaked by the mixture of rain and salt spray, but the senses are overwhelmed by the sounds. All rather subdue one's sense of sight, because some of what is seen is often truly beautiful. The curling over of a great wave just before it breaks, so the colour of the water/bubble mix is revealed, is an example. 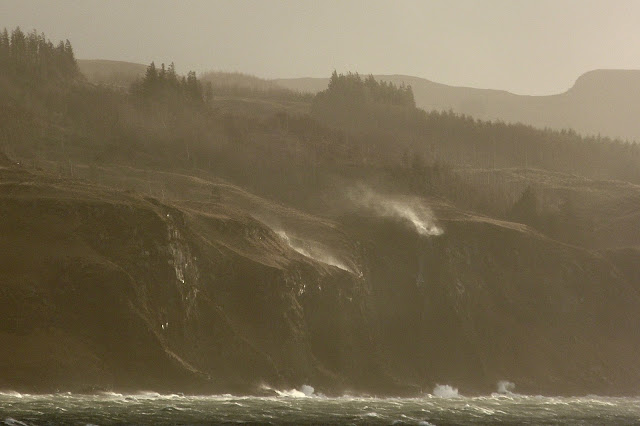 This picture was taken during Storm Henry, when we were shielded by the hills behind us and could only see the wind's full effects on the cliffs of Mull opposite us. This picture was taken late in the storm when, for a few moments, the sun came out - and then I forgot about it. It shows two burns trying to do what burns are best at, tumbling downhill, but these were picked up and thrown back upon themselves by the force of the wind.
Posted by Jon at 19:12