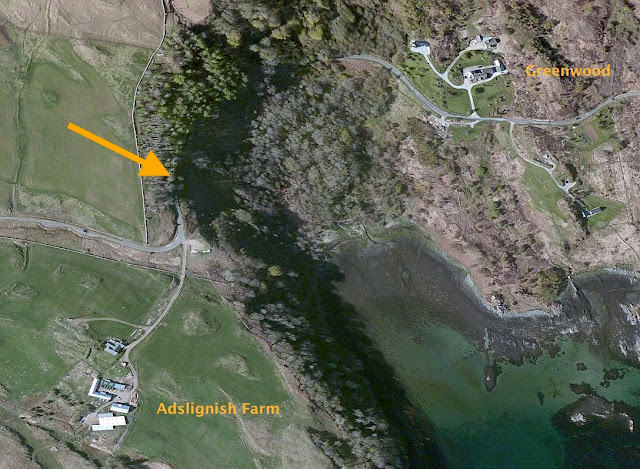 For some months now this remote community has been increasingly concerned about the state of the B8007 at Ardslignish Brae, between Adslignish Farm and Greenwood.  At the point arrowed in the above Bing satellite picture, the road has been steadily sliding off down the hill. Since the B8007 is the only road connection between western Ardnamurchan and the rest of civilisation, a catastrophic landslip there would leave us cut off. 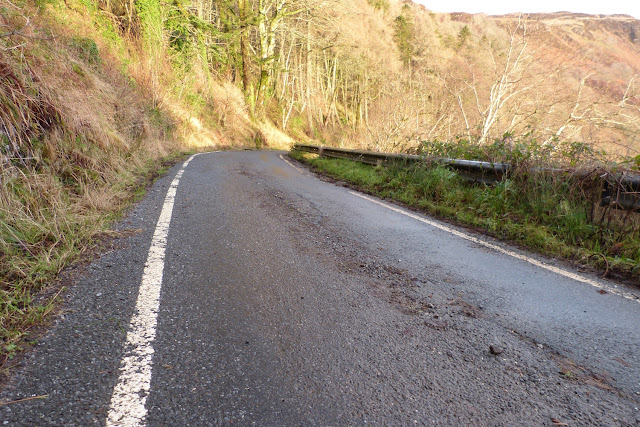 Highland Councillor Andrew Baxter writes, "I am aware of the community’s continued concern about the Ardsliganish subsidence. At Community Services committee on Thursday, we agreed additional roads capital funding for next year’s budget. As part of that programme, work at Ardslignish has been approved. The Lochaber Roads Engineer, Mark Smith, tells me the works will be ordered for commencement as soon into the new financial year as Breedon Aggregates can start the programme.

"Mark Smith will let me know when they can carry out the works, but I have asked for a start date in April. This will be dependent on what potentially larger trunk road contracts they may have.

"The proposed scheme at Ardsliganish includes regulating, reinforcing mesh inlay and an overlay to the affected area.”
Posted by Jon at 17:15