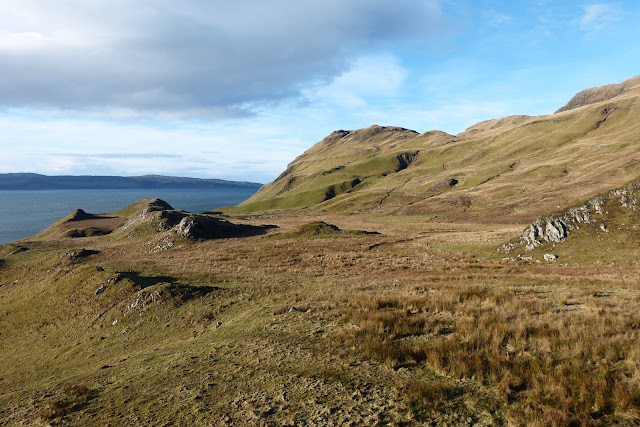 We have a wind from an unusual direction today, almost due east, a cool blast which brings us a continuation of the first spell of really fine weather this year, so the local archaeology group arranged to revisit the area to the east of Bourblaige which we'd looked at a couple of weeks ago - blog entry here - but where, for serious technical reasons - like someone had allowed the batteries to run out - we'd been unable to take any GPS readings. 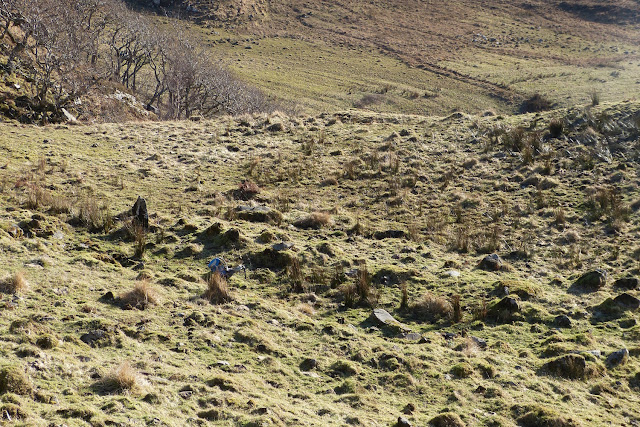 So we returned to the site that is obviously an elongate building but of very uncertain age, and then simply wandered across what is.... 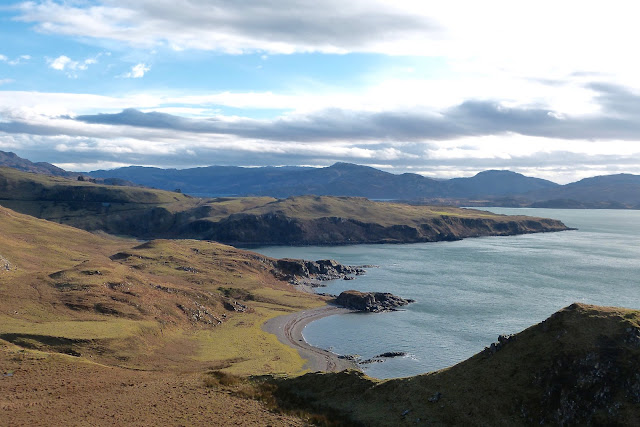 ....almost certainly one of the most spectacular areas of Ardnamurchan. This picture looks east towards Camas nan Geall, Loch Sunart, and the hills of Morvern, while.... 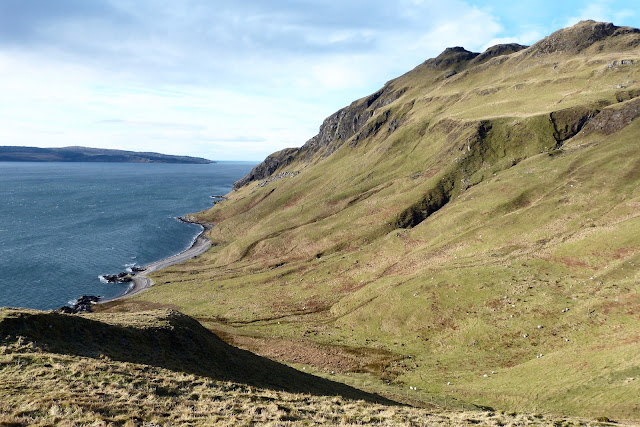 ....this one looks southwest across the beaches below Bourblaige towards the northwest tip of Mull. 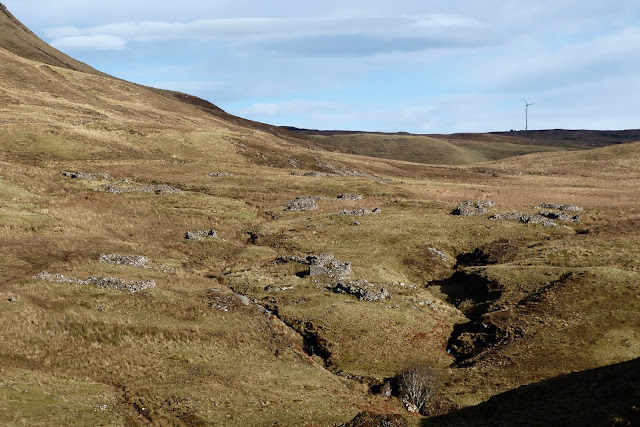 From a ridge due south of Bourblaige one gets one of the best views of the clachan, and can clearly see the way the ruined houses are strung out along the banks of the network of burns that drain this very open glen. 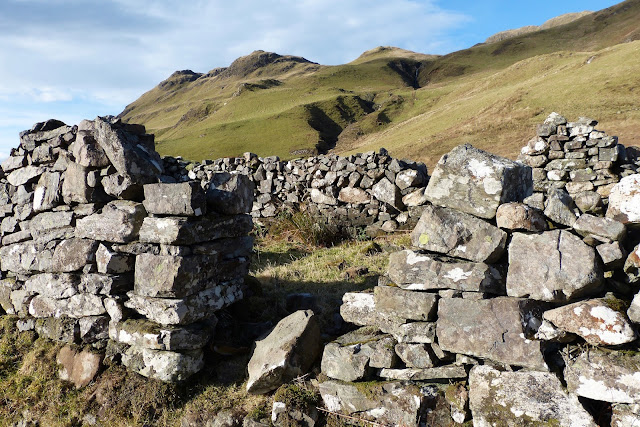 This was once someone's house, a home in which they took considerable pride. The clachan was cleared in 1828, and the roofs ripped off the buildings, bringing to an end hundreds of years of occupation. Perhaps it was a very hard life but, on days like this, when the sun shone, there must also have been compensations.
Posted by Jon at 14:52