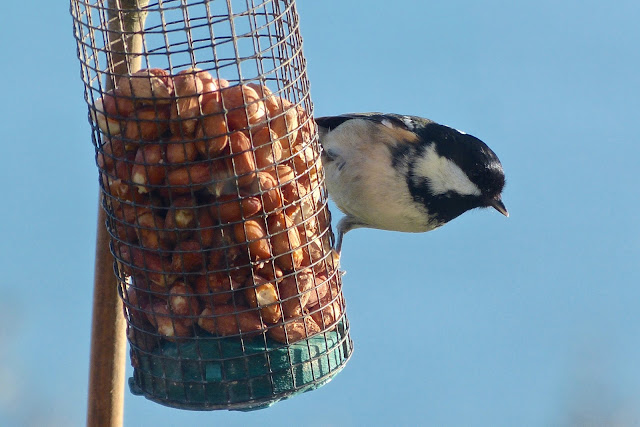 At one time we used to buy plastic bird feeders of the type modelled here by a coal tit, which appeared in our garden the other day after a long absence. We've been feeding small birds for thirty years and, increasingly, building our own feeders, but it has taken that long to start to get things right. 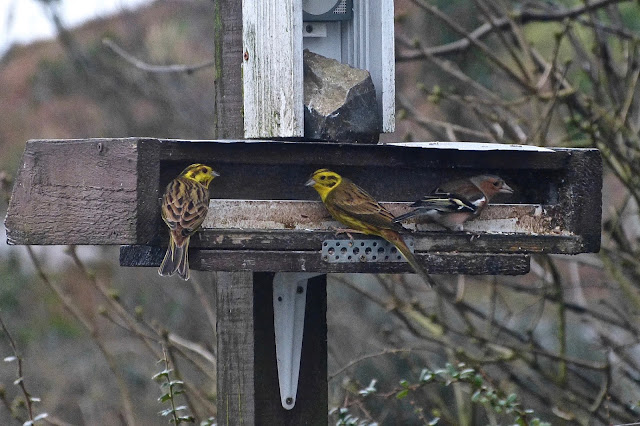 This is the mark IV seed feeder, designed to exclude larger birds such a blackbirds while preventing the smaller birds climbing in to the seed tray and fouling it, the seed being place behind the plastic baffle in a slot too narrow for them to climb in. It has also hugely reduced wastage.

A couple of more advanced mark Vs have been built, one of which is being trialled in severe winter conditions - temperatures down to -30C with additional wind chill and driving snow - in Canada, while the other is at Swordle.

In general the birds feed together in an amicable way but there are some nasty chaffinches, exclusively males, who sit on top of the feeder and chase other birds away. 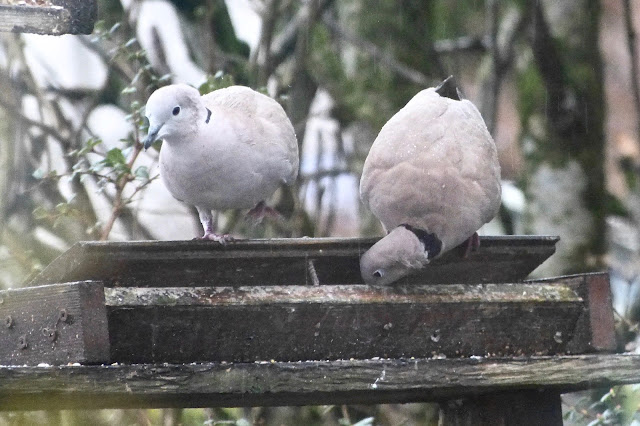 One learns by one's mistakes. This is a Mark II which worked perfectly well in that it kept the grain clean and dry, but it failed when larger birds, such as doves and blackbirds, found that they could use it. We haven't anything against larger birds except their appetites so, sadly, the mark IV and V were designed to exclude them. 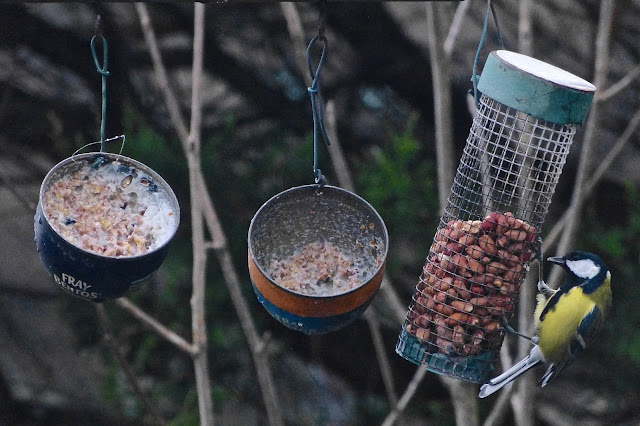 Most birds appreciate access to fat of some sort through the winter, and we provide this by putting out a mixture of lard and grains, served in Fray Bentos individual steak & kidney pudding tins. Sadly, Fray Bentos have recently replaced these wonderful little reusable tins with a throw-away packaging of card and tinfoil.

More and more, we're phasing out the old open-style peanut feeders, seen here at right with a great tit modelling it, replacing them with.... 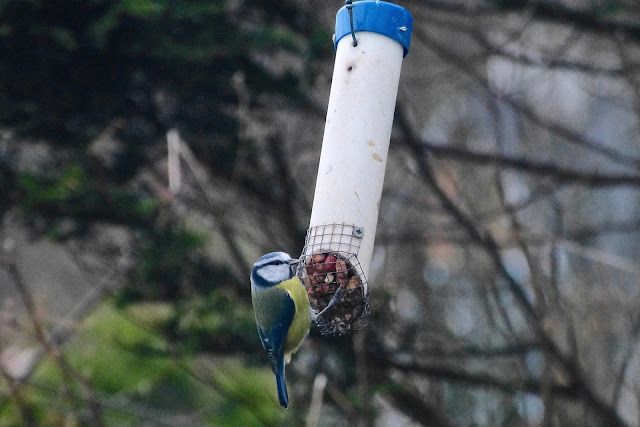 ....feeders which keep the peanuts dry until they're needed for use. This has reduced the amount of peanuts which have gone mouldy. The plastic tube shown here, of a type usually used for the waste water under basins, is of the old imperial measure, at 40mm diameter, while the new metric one is slightly wider and rather better at allowing the peanuts to fall through it. The top is from a plastic container for vitamin supplements.

We love watching the small birds anyway, but designing one's own feeders adds another dimension to the pleasure.
Posted by Jon at 14:52