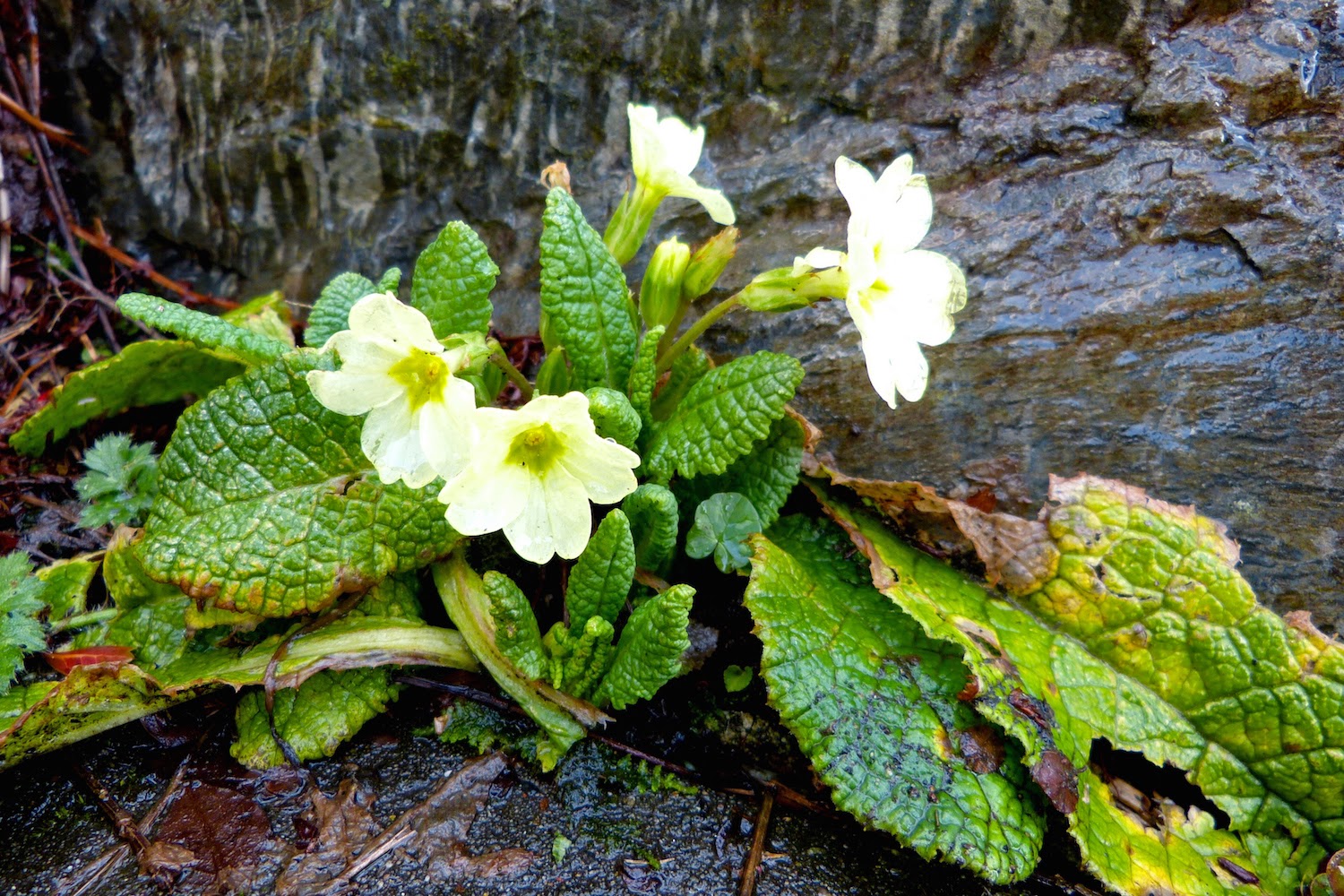 If this early sign of spring looks a bit bedraggled, it isn't surprising.  In the last two days we've been inundated with 61mm of rain brought in by winds that have gusted to gale force. 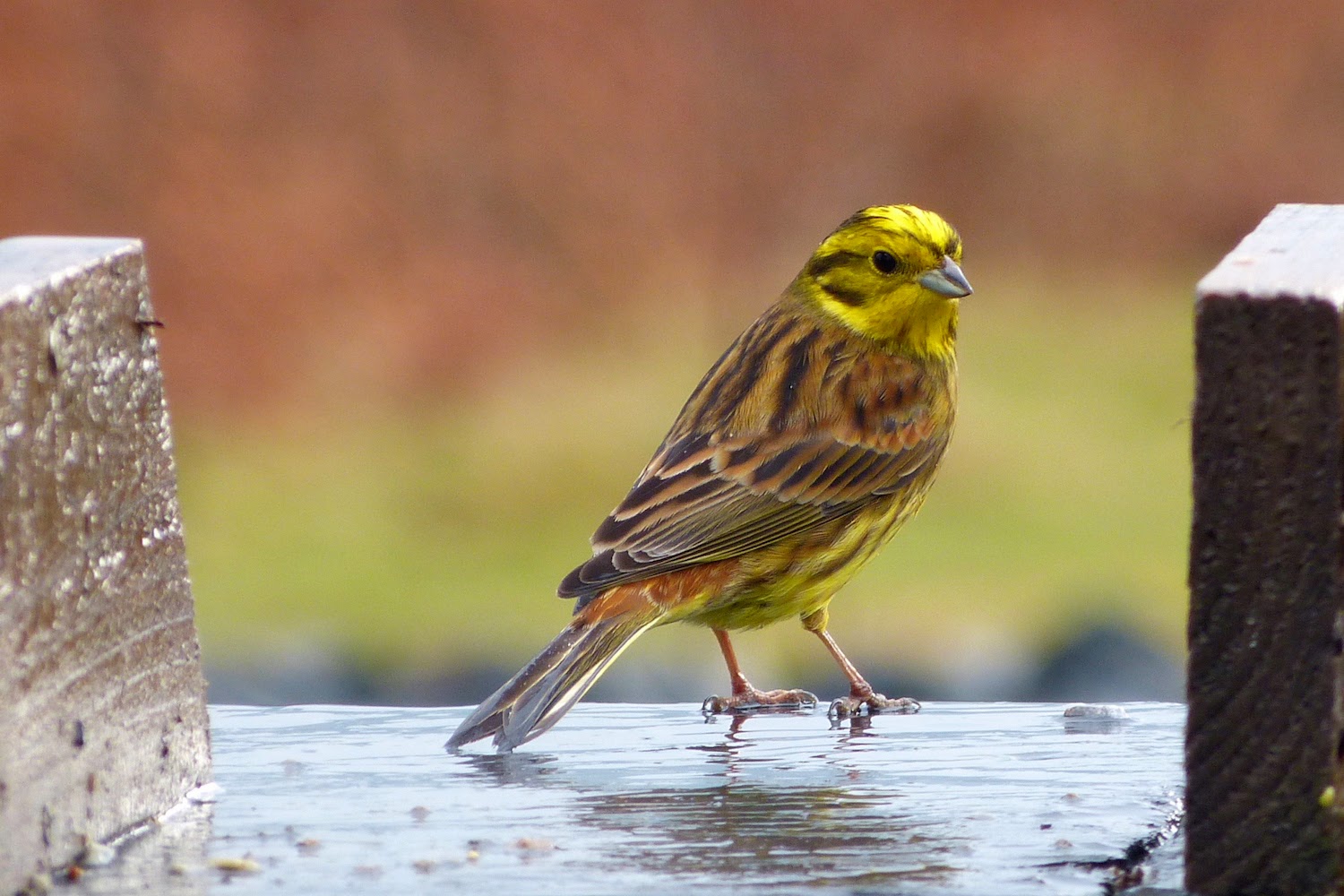 The hoards of chaffinches at our feeders have been joined by hoards of yellowhammers, possibly because our neighbour, Trevor Potts at the Ardnamurchan Campsite, who reported fourteen at his feeders earlier in the winter, has been away.  Like many of the small birds, they're already in their breeding plumage, and the males are a stunning sight. 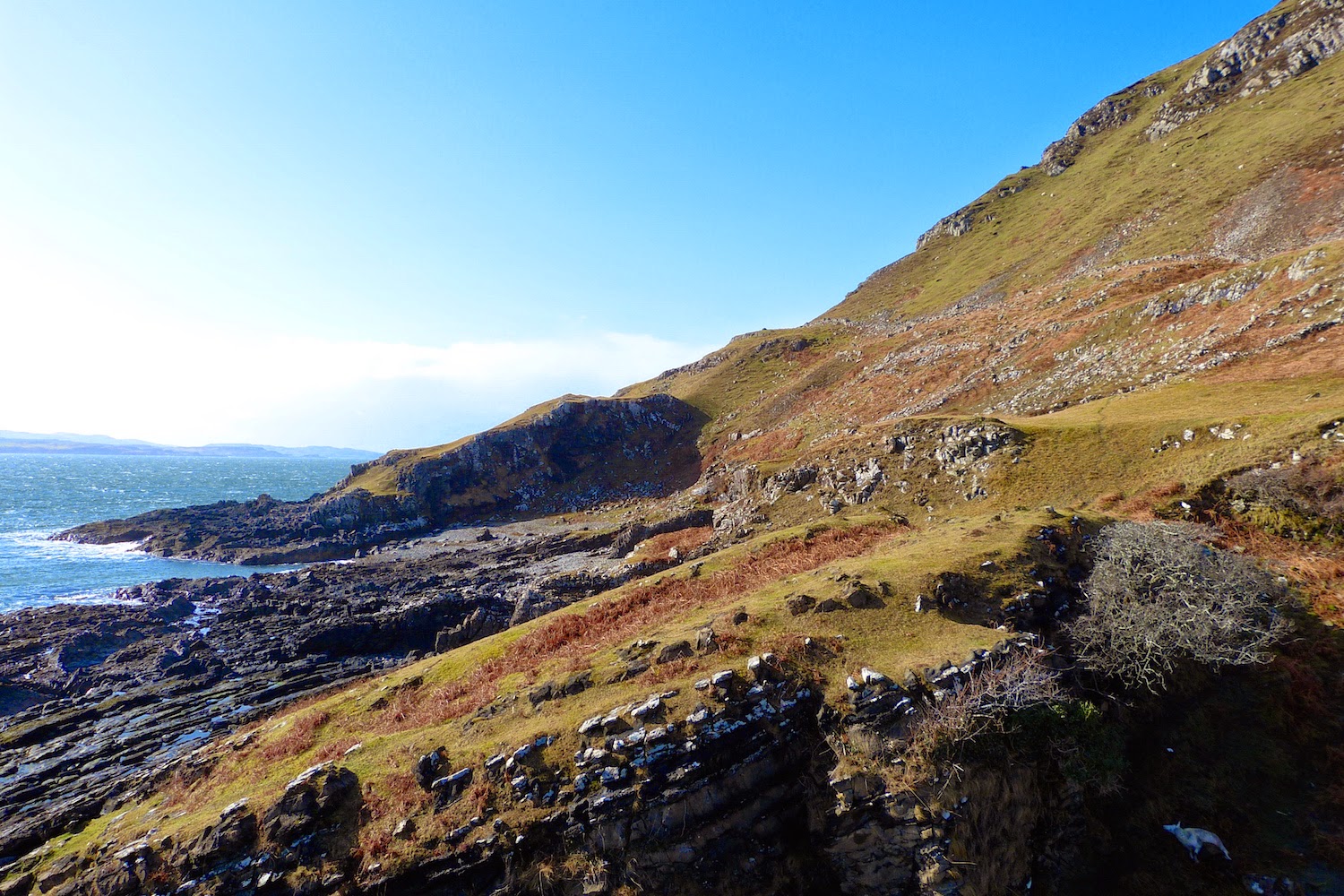 The weather showed some promise of clearing this morning so we took a walk along the shoreline to the west of us in warm sunshine and a light northwesterly breeze, but.... 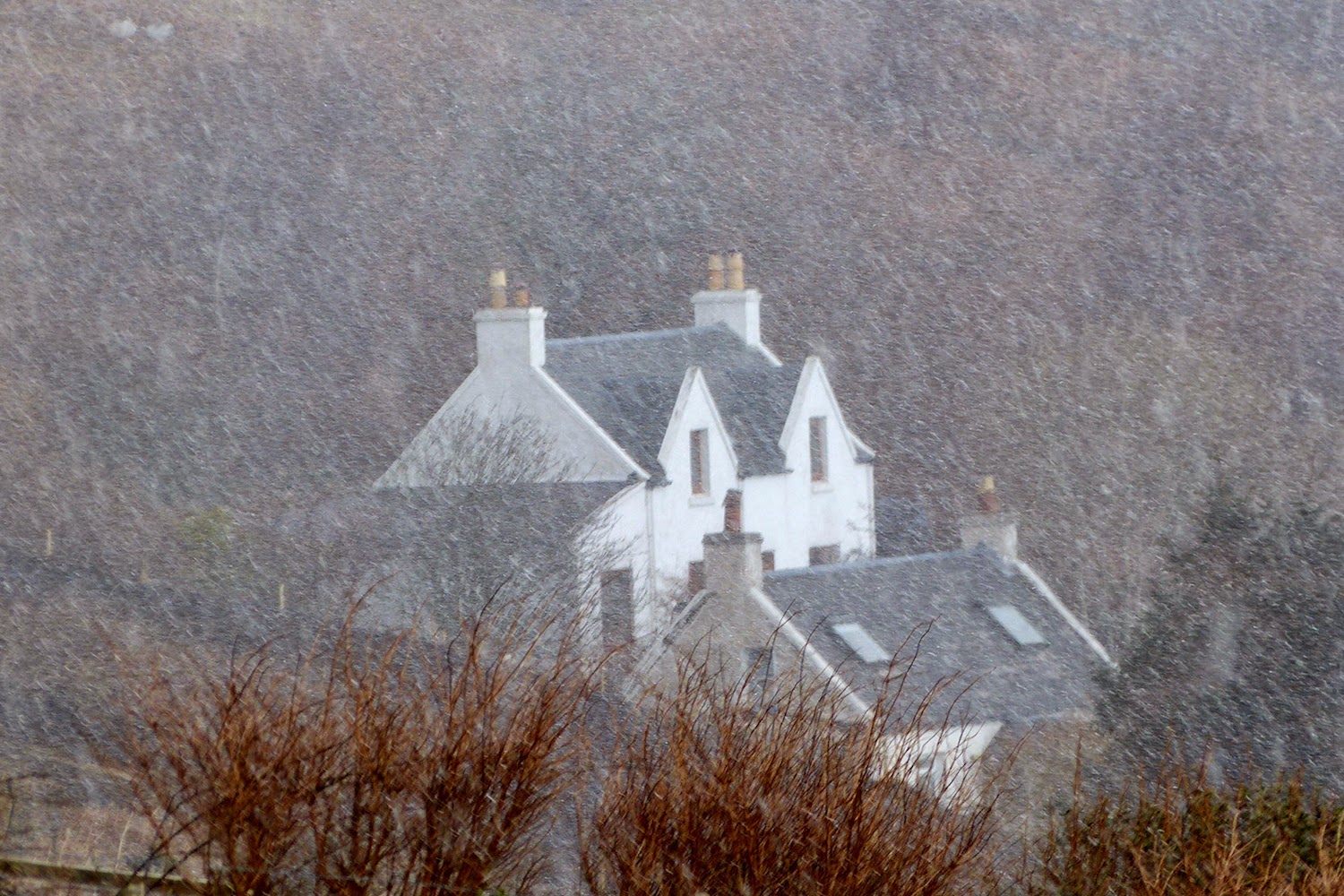 ....as we returned along the road, congratulating ourselves on not getting wet, a dark cloud swept over the ridge at the back of Ormsaigbeg and dumped a heavy shower of 'snail', a mixture of snow and hail, before clearing as quickly. 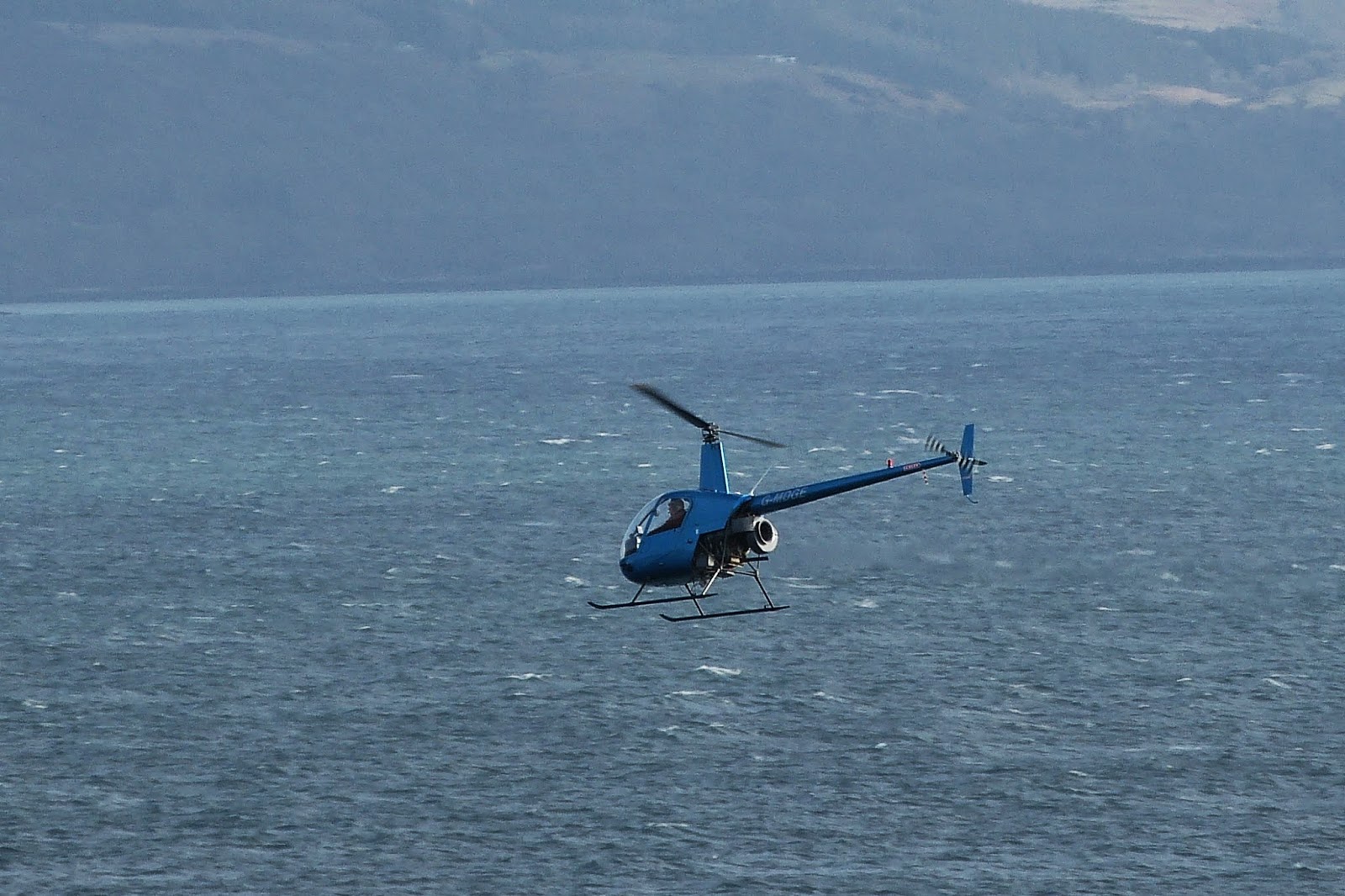 In the bright sunshine that followed, this small helicopter buzzed along in front of the house, and went on over Kilchoan Bay in the direction of Maclean's Nose.  It was a very neat little machine but looked as if it couldn't carry more than one person.  As helicopters shrink in size, they'll merge into the increasingly large pilotless drones.
Posted by Jon at 16:22