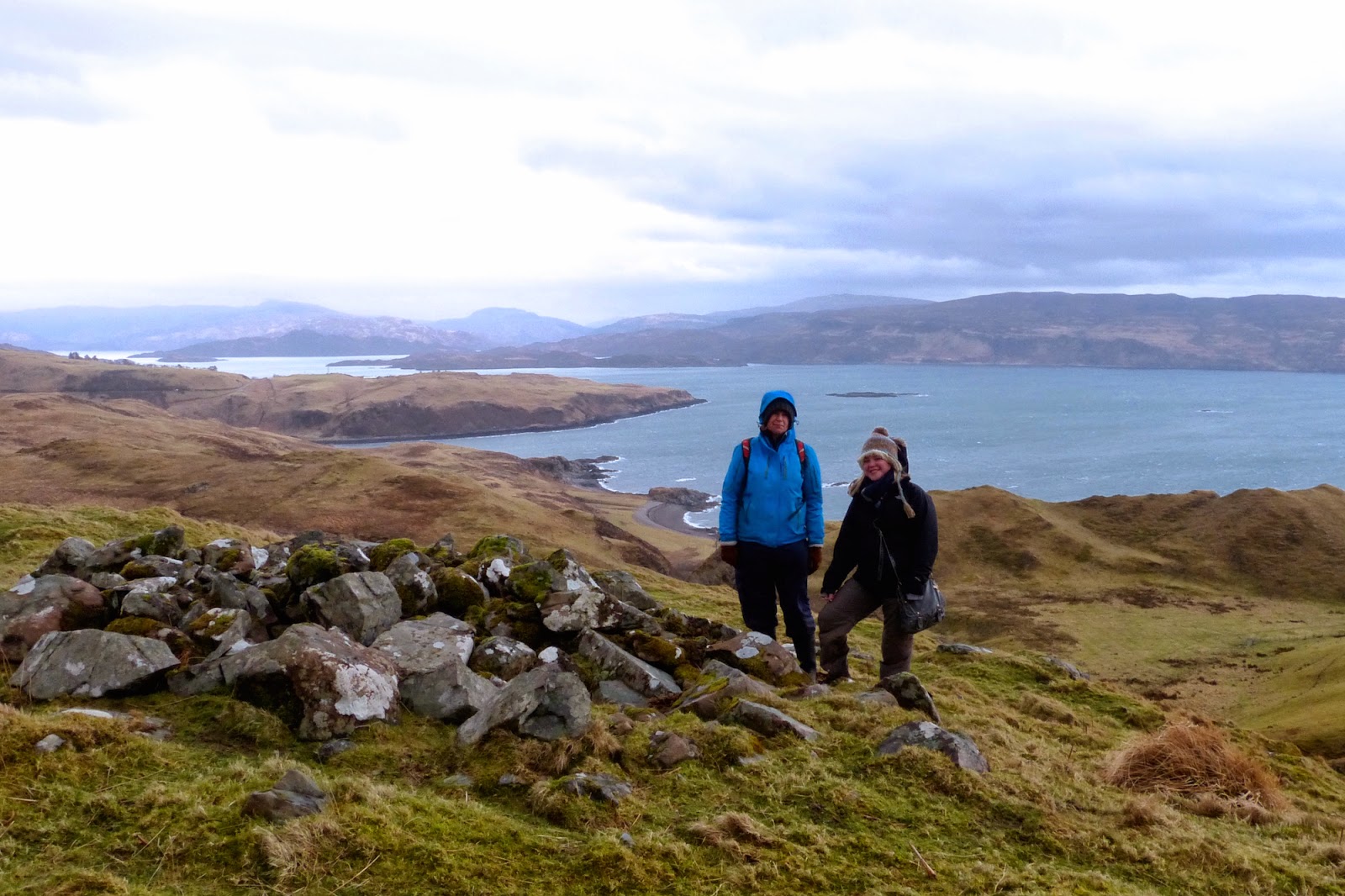 For the last couple of days we've had the pleasure of the company of the archaeologists from the Archaeology Scotland who are running tomorrow's course at Kilchoan Learning Centre on the archaeology of graveyards with, if the weather permits, some practical work in St Comghan's churchyard in the afternoon.  This morning we did a field walk from the slopes of Ben Hiant above Bourblaige along the coast almost as far as Camas nan Geall, in fine if windy weather.

The picture shows Cara Jones, left, and Sarah, a student at Manchester University, at a cairn above Bourblaige, the first of many sites which defy easy classification.  This might be a burial cairn, but it might be no more than a field cairn. 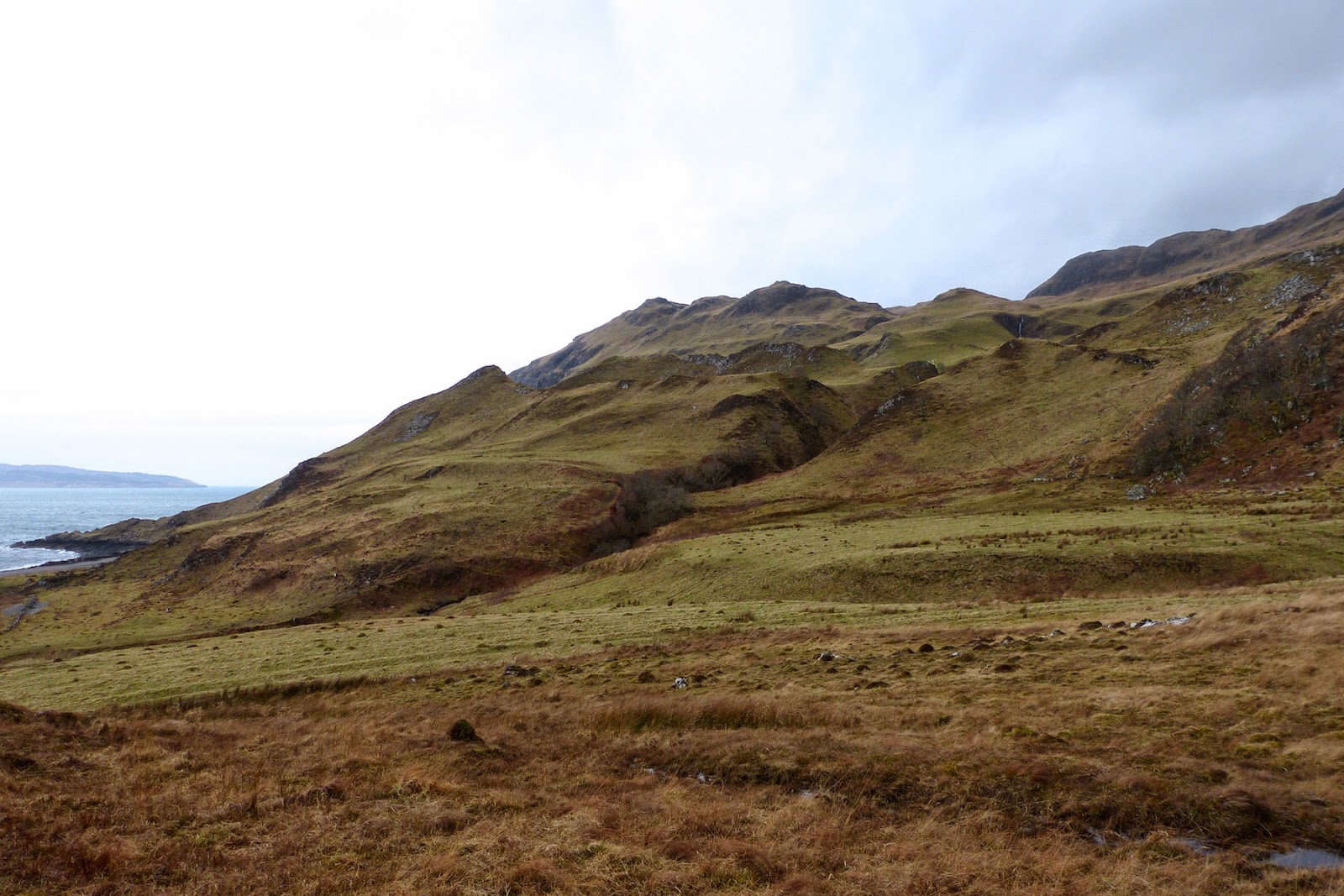 One of the most concentrated areas of archaeological remains runs along the coast to the east of Bourblaige, along a terrace of land about 100m back from the series of curved beaches that form the shore here.  It's an area which we haven't explored before, and there's enough here to keep a team of archaeologists busy for weeks. 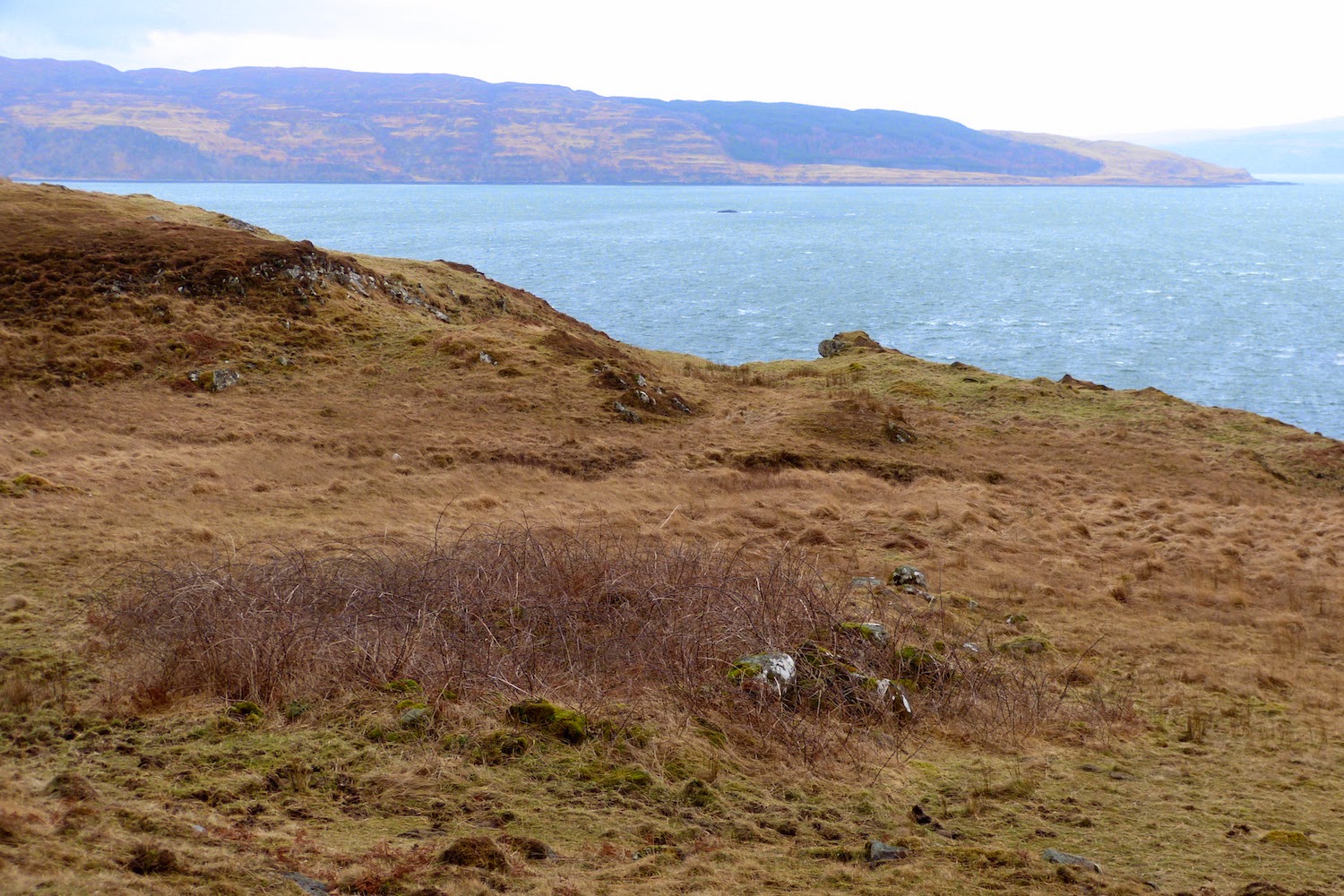 This bramble-covered mound is typical of what we found, but might be one of the most important sites, an elongate, boat-shaped structure built of large rocks.  This will need to be cleared of vegetation first, and then carefully mapped. 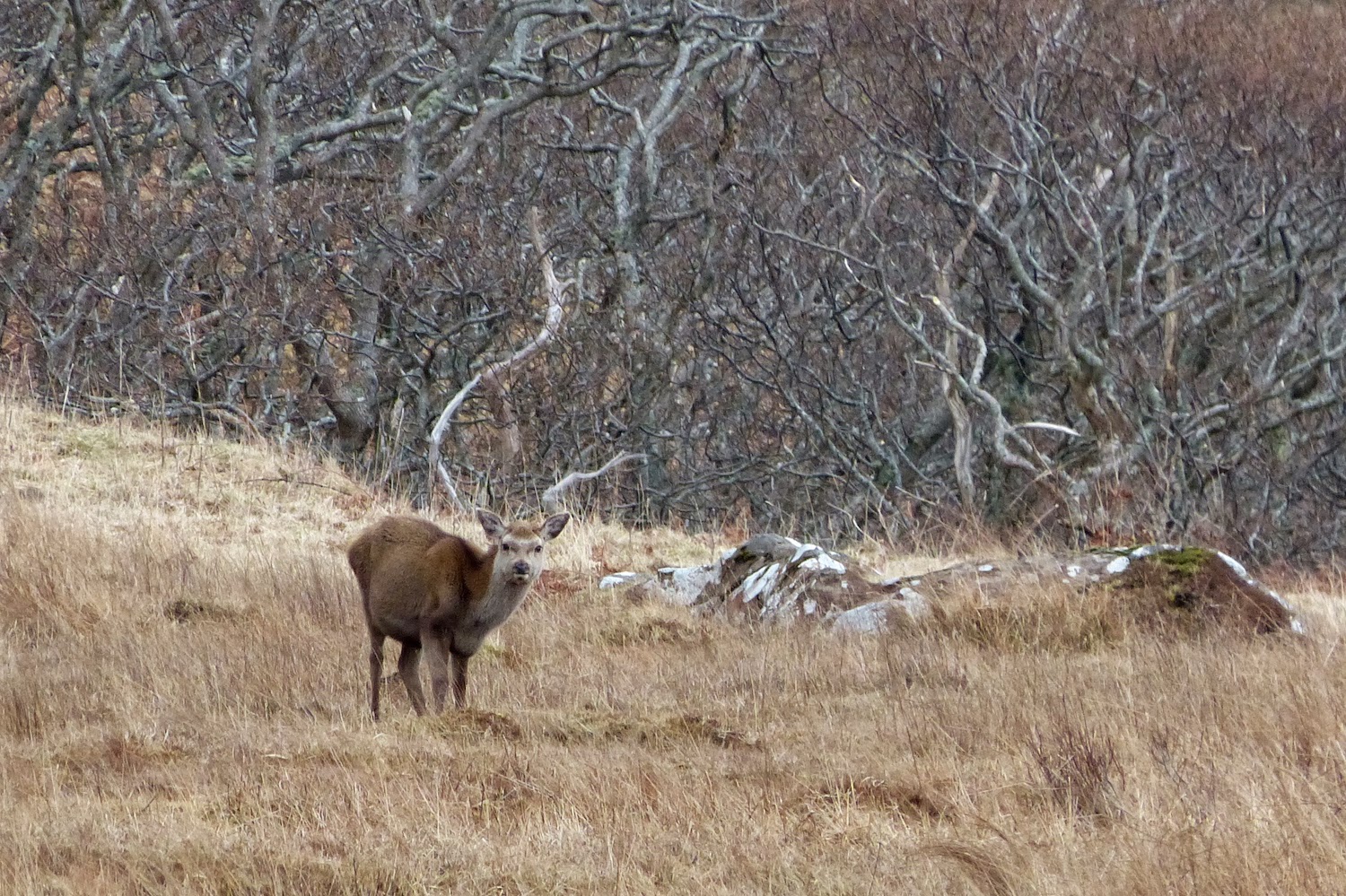 This area is a great one for deer, this one seeming remarkably unworried by our intrusion.  Along here we also found.... 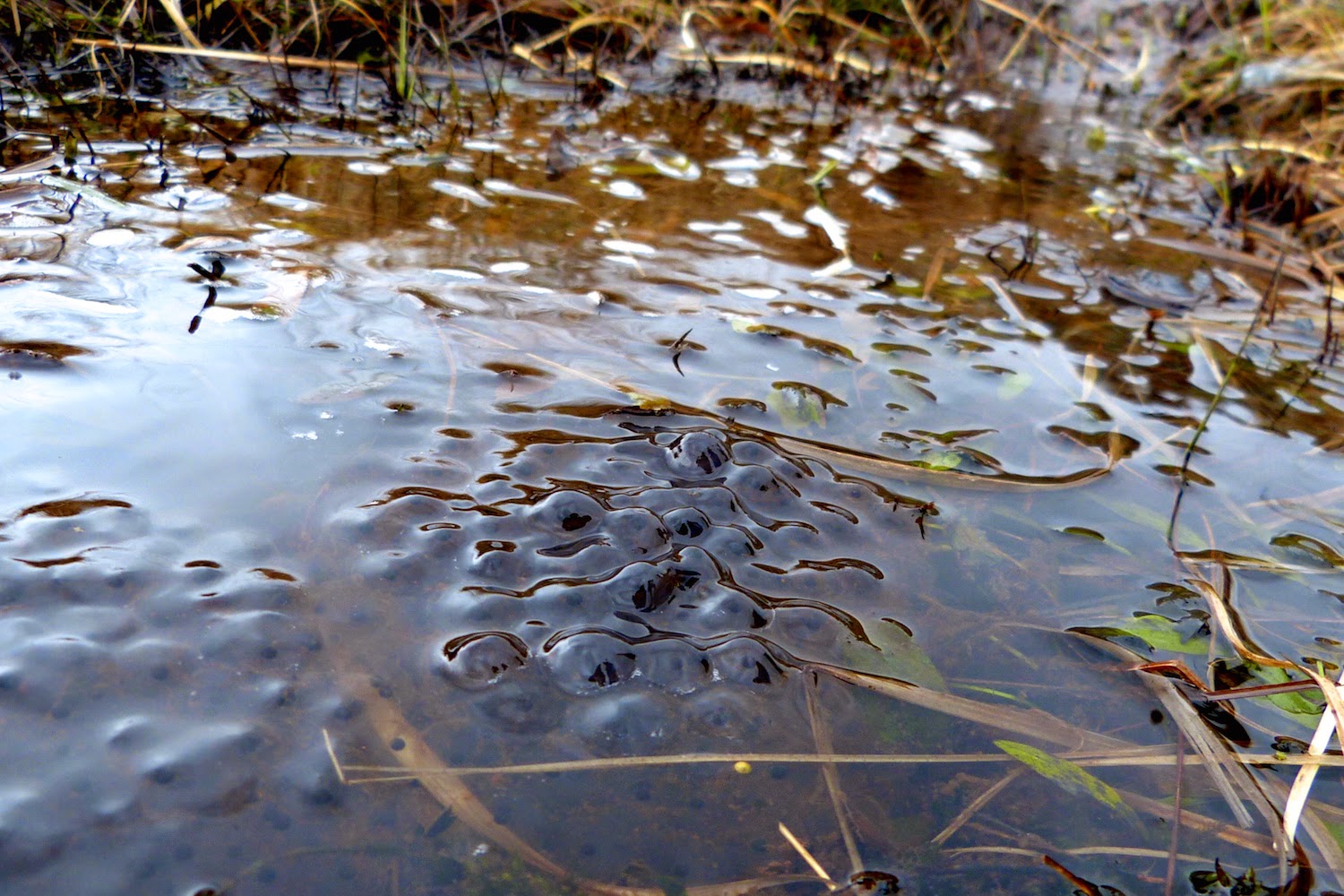 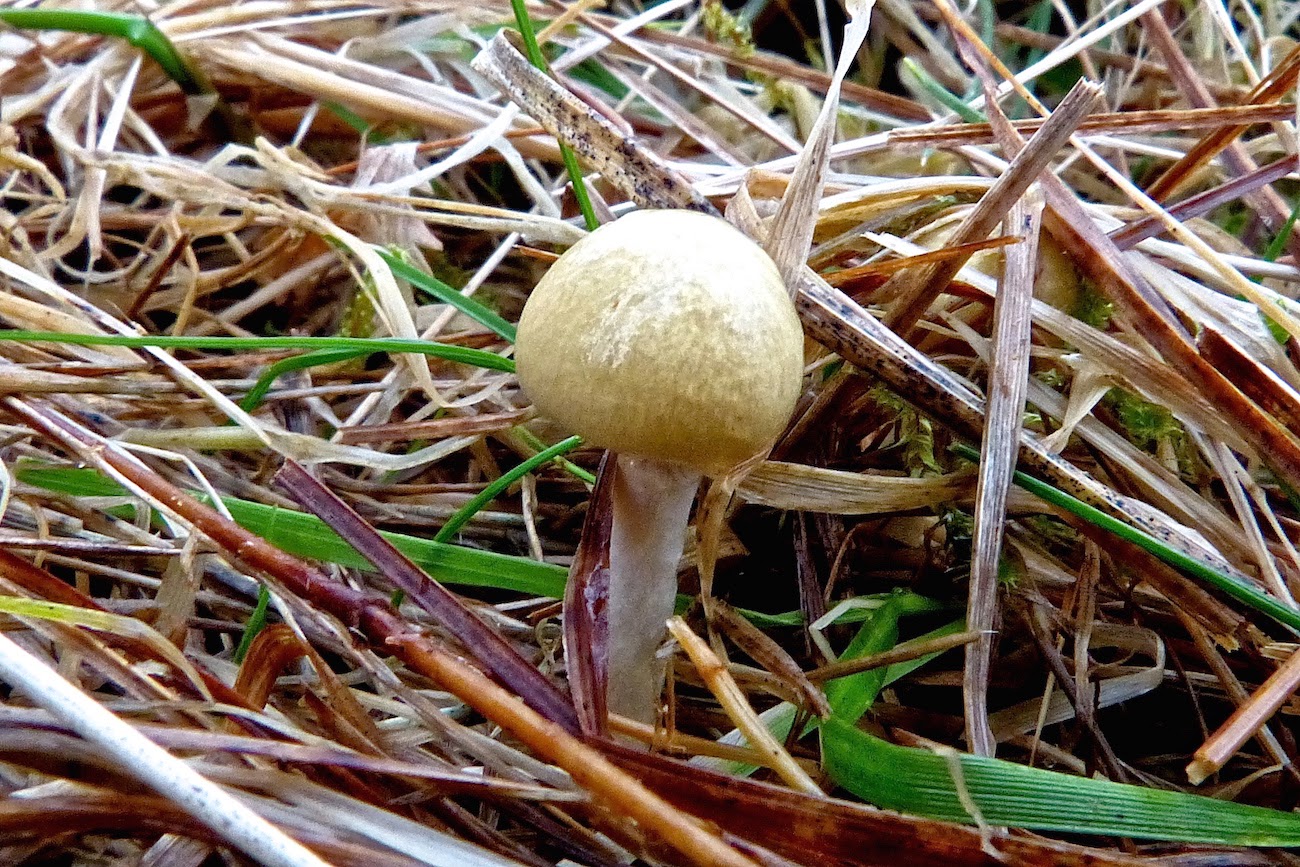 ....the first toadstool of the year, a tiny object not much bigger than a thumb. 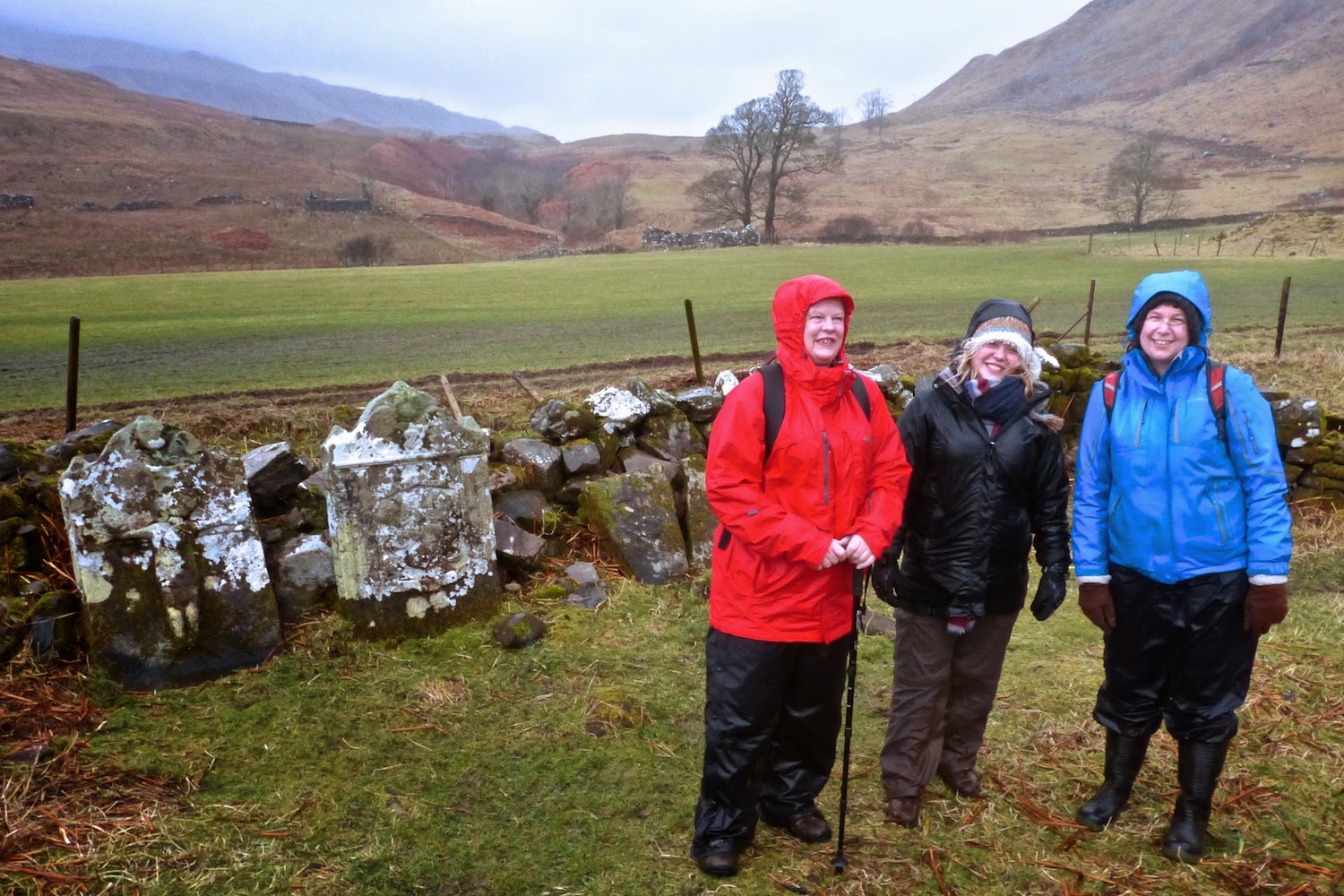 In the afternoon we went back to the same area, to spend some time at Camas nan Geall, and to discuss what might be done to conserve the graveyard there, which contains a number of Campbell headstones, some of which are broken.  It's hoped to keep the graveyard free of bracken and irises this year, so the many people who walk down to the bay can see its contents.

By that time the wind was blowing at near gale force, the rain coming across horizontally, stinging our faces.  The forecast for tonight is for winds to gale force gusting to force 10, followed by strong winds and heavy rain all through tomorrow.
Posted by Jon at 17:45